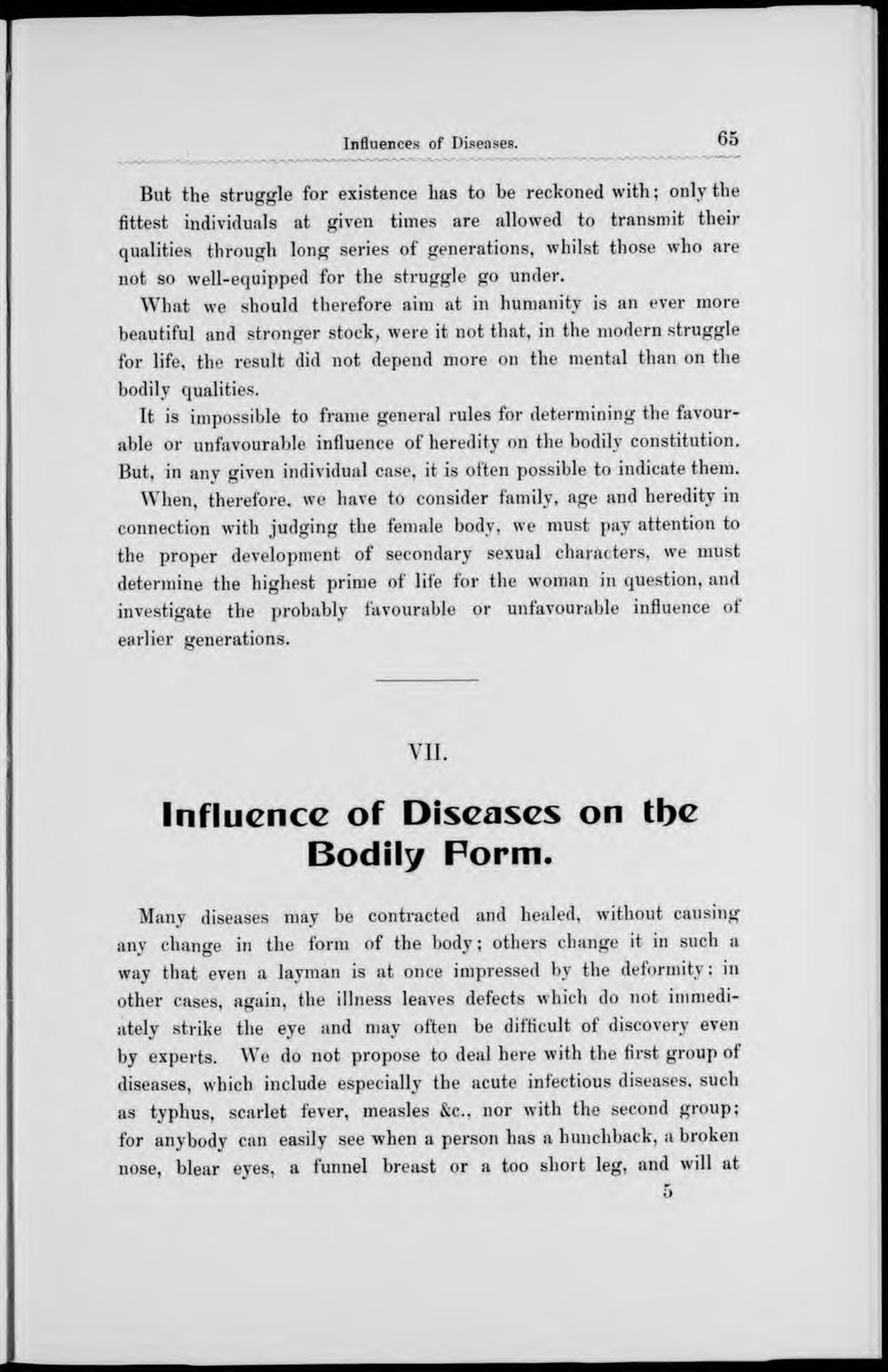 But the struggle for existence has to be reckoned with; only the fittest individuals at given times are allowed to transmit their qualities tbrough long series of generations, whilst those who are not so well-equipped for the struggle go under.

Wh at we should therefore aim at in humanity is an ever more beautiful and stronger stock, were it not that, in the modern struggle for life, the result did not depend more on the mental tlian on the bodily qualities.

It is impossible to frame general rules for determining the favourable or unfavourable influence of heredity on the bodily constitution. But, in any given individual case, it is often possible to indicate them.

When, therefore. we have to consider family, age and heredity in connection with judging the female bodv, we must pav attention to the proper development of secondarv sexual characters, we must determine the highest prime of life for the woman in question, and investigate the probably favourable or unfavourable influence of earlier generations.

Many diseases may be contracted and healed, without causing any change in the form of the body; others change it in such a way that even a layman is at once impressed by the deformity; in other cases, again, the illness leaves defects which do not irnmediately strike the eye and may often be difficult of discovery even by experts. We do not propose to deal here with the first group of diseases, which include especiallv the acute infectious diseases, such as typhus, scarlet fever, measles &c., nor with the second group; for anybody can easily see when a person has a hunchback, a broken nose, blear eyes, a funnel breast or a too short leg, and will at