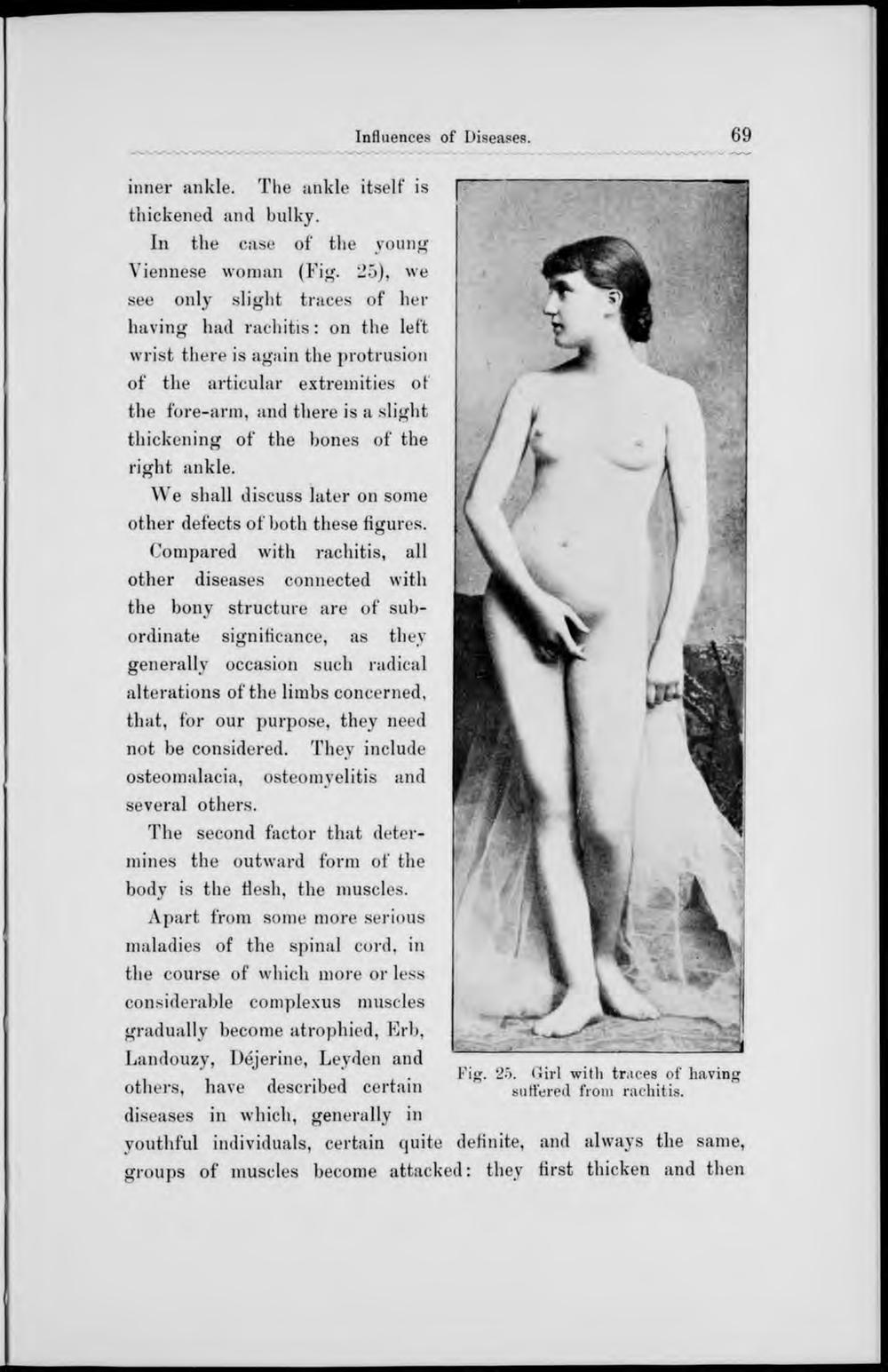 inner ankle. The ankle itself is thickened and bulky.

In the case of' the young Viennese woman (Fig. 25), we see only slight traces of her having had rachitis: on the left wrist there is again the protrusion of' the articular extremities of' the fore-arm, and there is a slight thickening of' the bones of the right ankle.

We shall discuss later on some other defects of' both these figures.

Compared with rachitis, all other diseases connected with the bony structure are of' subordinate significance, as they generally occasion sucli radical alterations of'the limbs concerned, that, for our purpose, they need not be considered. They include osteomalacia, osteomyelitis and several others.

The second factor that deterinines the outward f'orm of' the body is the flesh, the muscles.

Apart from some more serious maladies of the spinal cord, in the course of which more or less considerable complexus muscles gradually become atrophied, Erb, Landouzy, Déjerine, Leyden and others, have described certain

diseases in which, generally in

youthful individuals, certain quite definite, and alvvays the same, groups of muscles become attacked: they first thicken and tlien