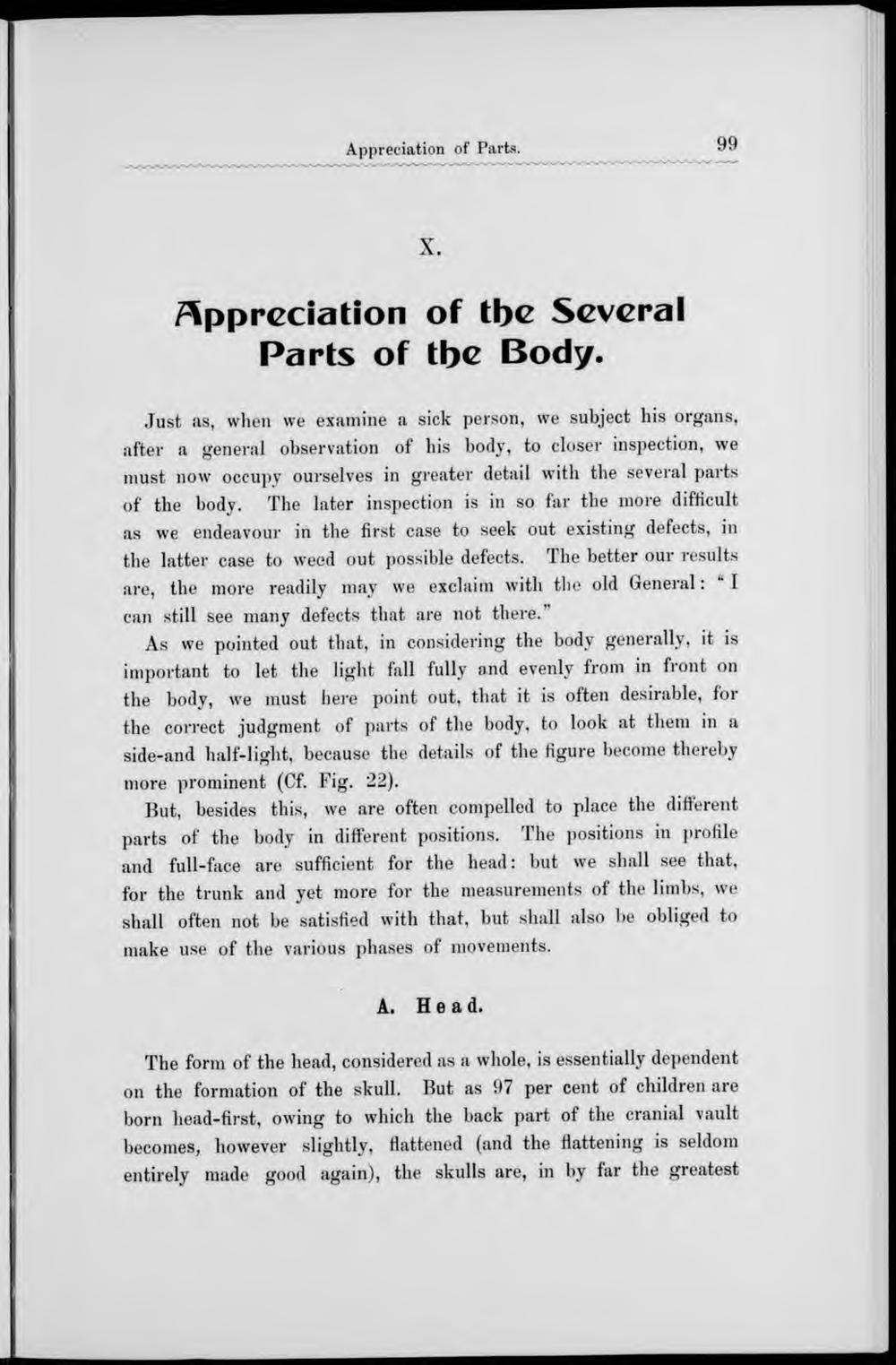 Just as, when we examine a sick person, we subject his organs, after a general observation of his body, to closer inspection, we must now occupy ourselves in greater detail with the several parts of' the body. The later inspection is in so far the more difficult as we endeavour in the first case to seek out existing defects, in the latter case to weed out possible defects. The better our results are, the more readily may we exclaim with the old General: I can still see many defects that are not there.

As we pointed out that, in considering the bodv generally, it is important to let the light fall fully and evenly from in front on the body, we must here point out, that it is often desirable, for the correct judgnient of parts of the body, to look at tliem in a side-and half-light, because the details of the figure become thereby more prominent (Cf. Fig. 22).

But, besides this, we are often compelled to place the different parts of the body in different positions. The positions in profile and full-face are sufficiënt for the liead: but we shall see that, for the trunk and yet more for the measurements of the limbs, we shall often not be satisfied with that, but shall also be obliged to make use of the various phases of movements.

The form of the liead, considered as a whole, is essen tially dependent on the formation of the skull. But as 97 per cent of children are bom head-first, owing to whicli the back part of the cranial vault becomes, however slightly, fiattened (and the fiattening is seldom entirely made good again), the skulls are, in by far the greatest