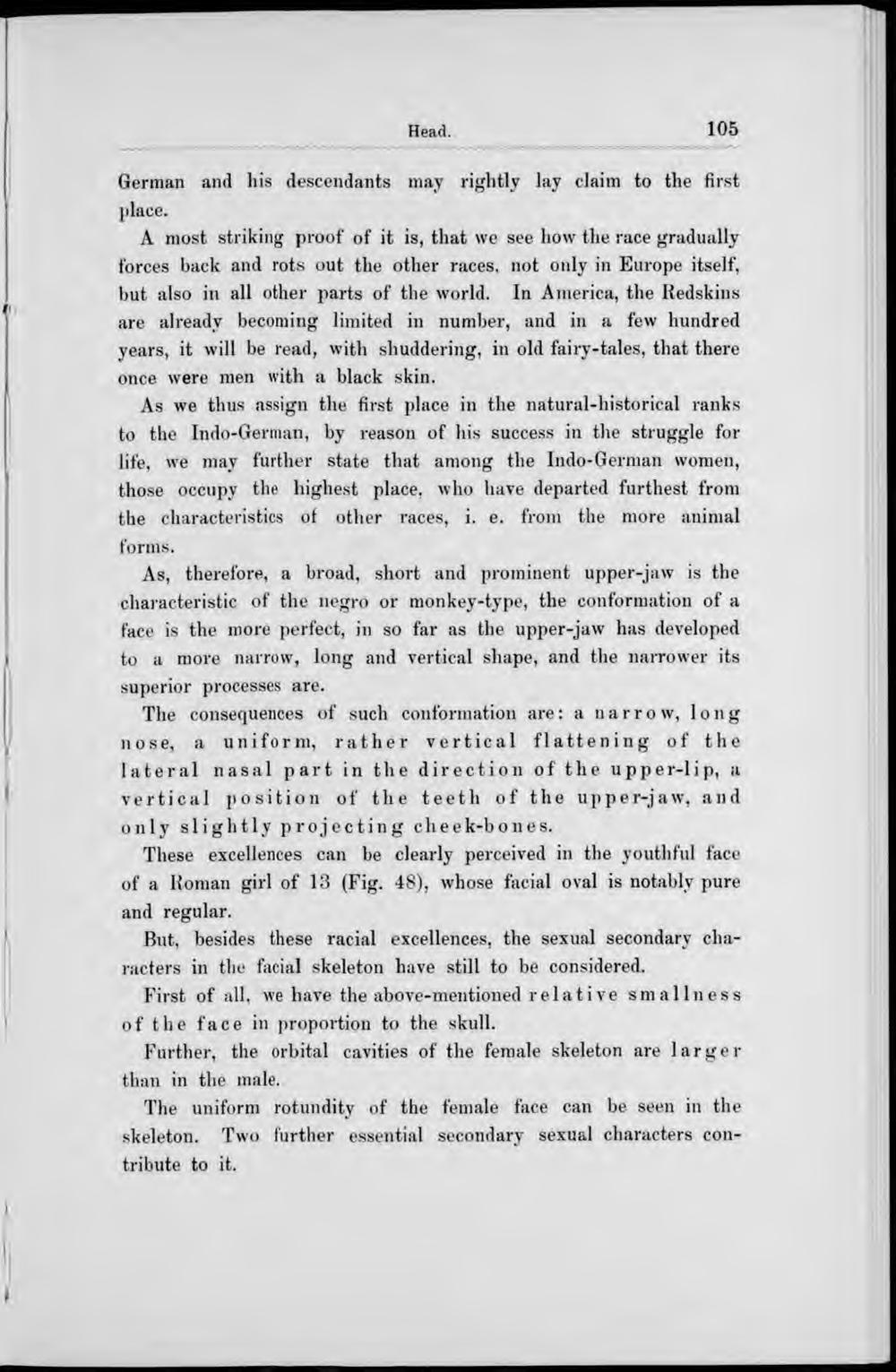 German and liis descendants may rightlv lay claim to the first place.

A most striking proof of it is, tliat we see how the race gradually forces back and rots out the other races, not only in Europe itself, but also in all other parts of the vvorld. In America, the Redskins are alreadv becoming limited in number, and in a few liundred years, it will be read, with shuddering, in old fairy-tales, that there once were men with a black skin.

As we thus assign the first place in the natural-historical ranks to the Indo-German, by reason of his success in the struggle for life, we may further state that among the Indo-German women, those occupy the highest place, who have departed furthest from the characteristics of other races, i. e. from the more animal forins.

As, therefore, a broad, short and prominent upper-jaw is the characteristic of the negro or monkey-type, the conformation of a face is the more perfect, in so far as the upper-jaw has developed to a more narrow, long and vertical shape, and the narrower its superior processes are.

The consequences of such conformation are: a narrow, long nose, a uniform, rather vertical flattening of the lateral nasal part in the direction of the upper-lip, a vertical position of the teeth of the upper-jaw, and only slightly projecting cheek-bones.

These excellences can be clearly perceived in the youthful face of a Roman girl of 13 (Fig. 48), whose facial oval is notably pure and regular.

But, besides these racial excellences, the sexual secondary cliaracters in the facial skeleton have still to be considered.

First of all, we have the above-mentioned relative smallness of the face in proportion to the skull.

Further, the orbital cavities of the female skeleton are larger than in the male.

The uniform rotundity of the female face can be seen in the skeleton. Two further essential secondary sexual characters contribute to it.