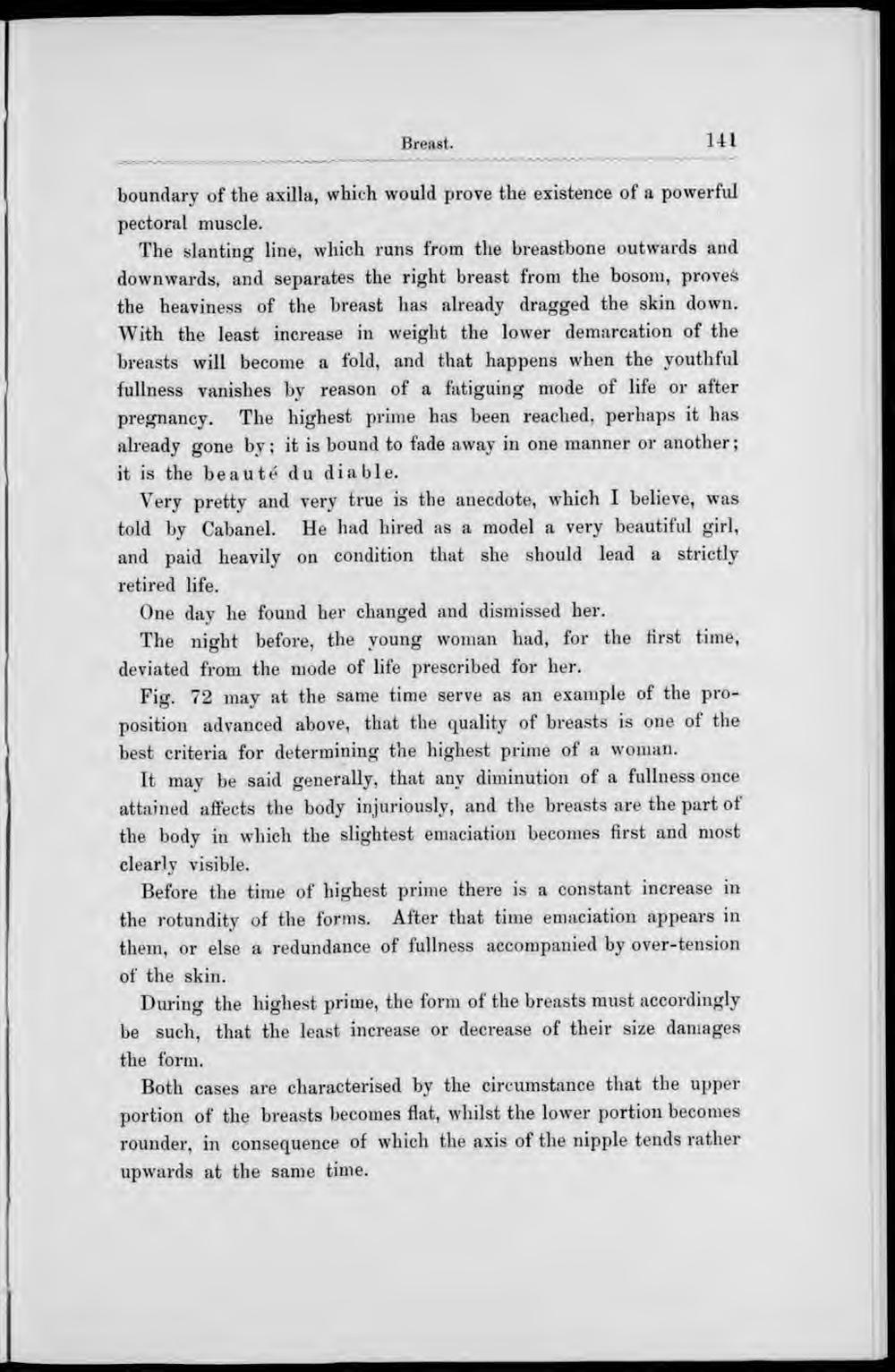 boundary of the axilla, which would prove the existence of a powerfiil pectoral muscle.

The slanting line, which runs from the breastbone outwards and downwards, and separates the right breast from the bosom, proves the heaviness of the breast lias already dragged the skin down. With the least increase in weight the lower demarcation of the breasts will become a fold, and that happens when the youthful fullness vanishes by reason of a fatiguing mode of life or after pregnancy. The highest prime has been reached, perhaps it bas already gone by; it is bound to fade awav in one manner or another; it is the beauté du diable.

Yery pretty and very true is the anecdote, which I believe, was told by Cabanel. He had hired as a model a very beautiful girl, and paid heavily on condition that she should lead a strictly retired life.

One day he found her clianged and dismissed her.

The night before, the voung woman had, for the first time, deviated from the mode of life prescribed for her.

Fig. 72 may at the same time serve as an example of the proposition advanced above, that the quality of breasts is one of the best criteria for determining the highest prime of a woman.

It may be said generally, that any diminution of a fullness once attained affects the body injuriously, and the breasts are the part of the body in which the slightest emaciation becomes first and most clearly visible.

Before the time of highest prime there is a constant increase in the rotundity of the forms. After that time emaciation appears in them, or else a redundance of fullness accompanied by over-tension of the skin.

During the highest prime, the form of the breasts must accordingly be such, that the least increase or decrease of their size damages the form.

Both cases are characterised by the circumstance that the upper portion of the breasts becomes flat, whilst the lower portion becomes rounder, in consequence of which the axis of the nipple tends rather upwards at the same time.