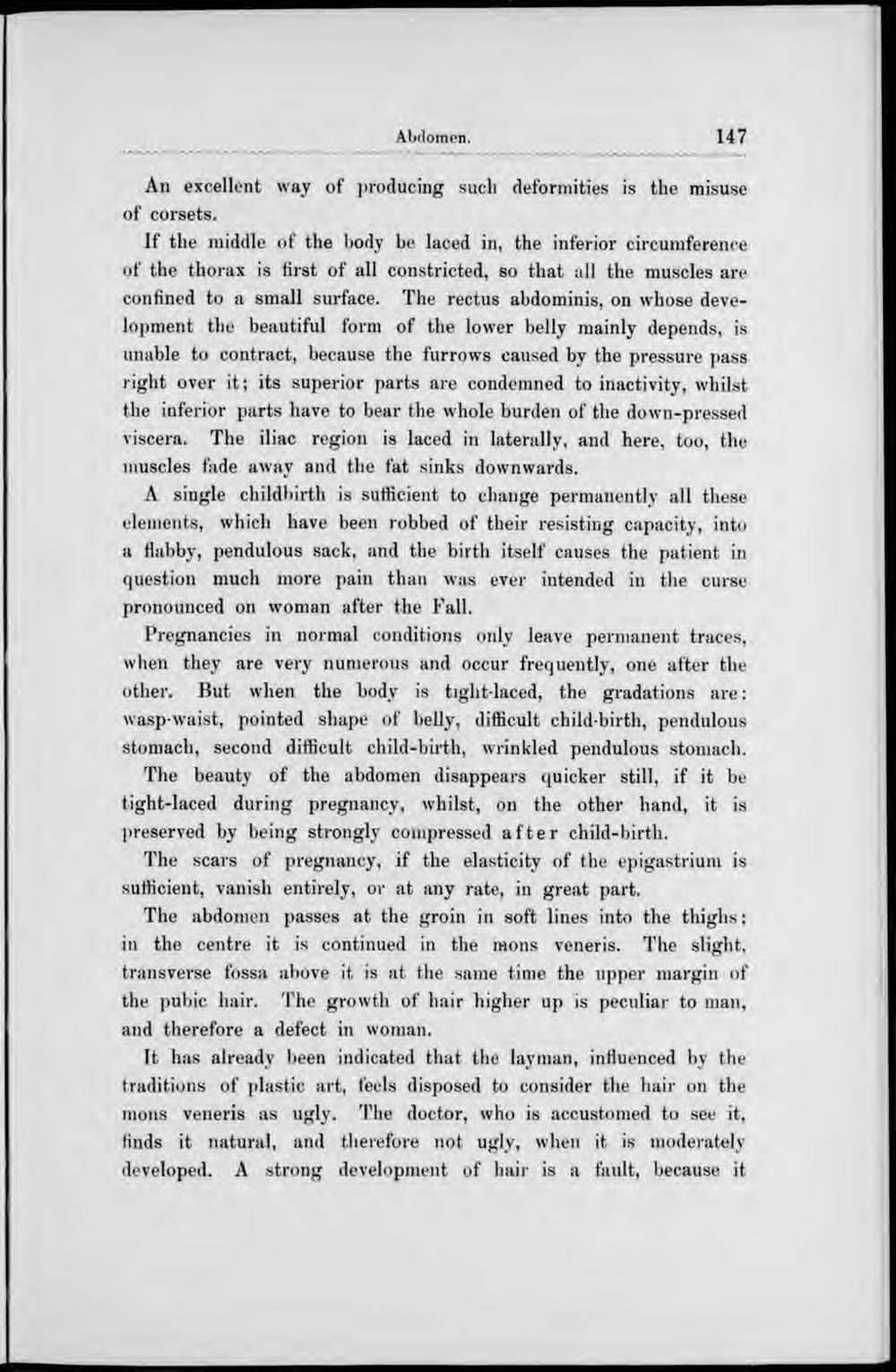 An excellent way of producing sucli deformities is the misuse of corsets.

If the middle of the body be laced in, the inferior circumference of the thorax is first of all constricted, so that all the muscles are confined to a small surface. The rectus abdominis, on whose development the beautiful form of the lower belly mainly depends, is unable to contract, because the furrows caused by the pressure pass right over it; its superior parts are condemned to inactivity, whilst the inferior parts have to bear the whole burden of the down-pressed viscera. The iliac region is laced in laterally, and here, too, the muscles fade away and the fat sinks downwards.

A single childbirth is sufficiënt to change permanently all these eleinents, which have been robbed of their resisting capacity, into a flabby, pendulous sack, and the birth itself causes the patiënt in question much more pain than was ever intended in the curse pronounced on woman after the Fall.

The beauty of the abdomen disappears quicker still, if it be tight-laced during pregnancy, whilst, on the other hand, it is preserved by being strongly compressed after child-birth.

The scars of pregnancy, if the elasticity of the epigastrium is sufficiënt, vanish entirely, or at any rate, in great part.

The abdomen passes at the groin in soft lines into the thighs; in the centre it is continued in the inons veneris. The slight, transverse fossa above it is at the same time the upper margin of the pubic liair. The growth of hair higher up is peculiar to man, and therefore a defect in woman.

It has already been indicated that the layman, influenced by the traditions of plastic art, feels disposed to consider the hair on the mons veneris as ugly. The doctor, who is accustomed to see it, finds it natural, and therefore not ugly, when it is moderately developed. A strong development of hair is a fault, because it