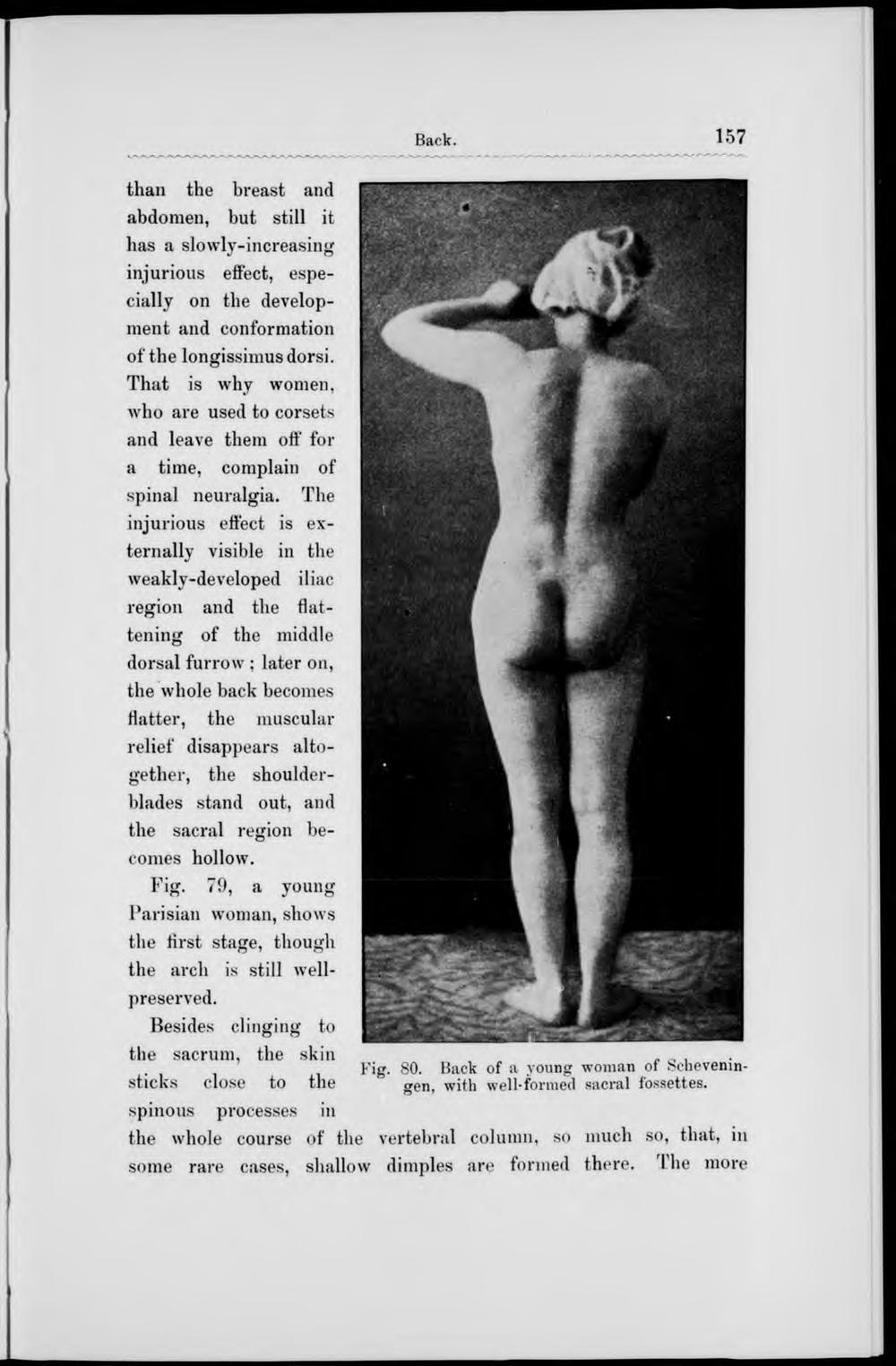 than the breast and abdomen, but still it has a slowly-increasing injurious effect, especially on the development and conformation of the longissimus dorsi. That is why women, who are used to corsets and leave them off for a time, complain of spinal neuralgia. The injurious effect is externally visible in the weakly-developed iliac region and the flattening of the middle dorsal furrow ; later on, the whole back becomes Hatter, the muscular relief disappears altogether, the shoulderblades stand out, and the sacral region becomes hollow.

Fig. 79, a young Parisian woman, shows the first stage, though the arcli is still wellpreserved.

the sacrum, the skin

Fig. 80. Back of a young woman of Scheveninsticks close to the gen, with well-formed sacral f'ossettes.

the whole course of the vertebral column, so much so, that, in some rare cases, shallow dimples are formed there. The more