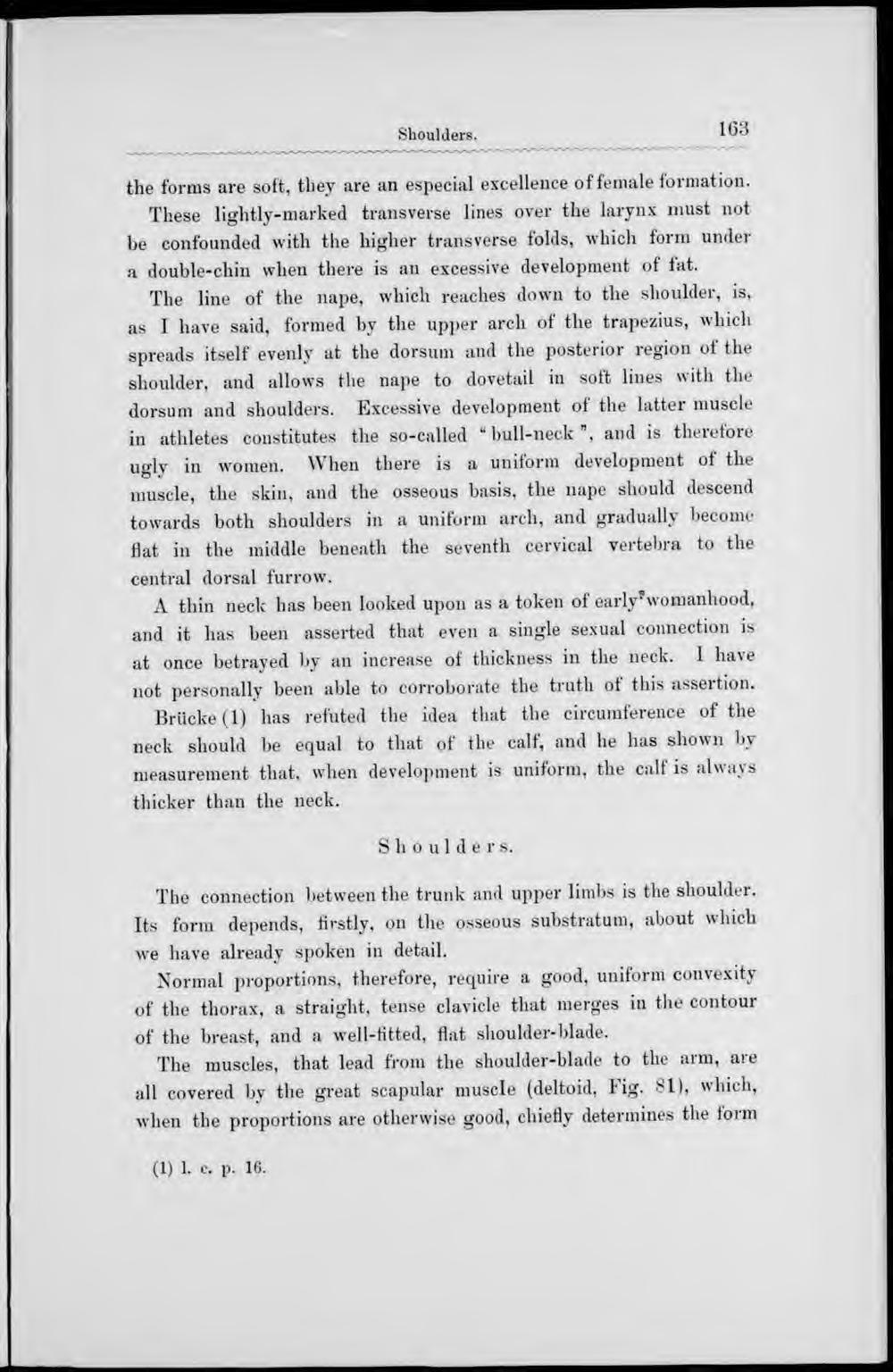 the forms are soft, they are an especial excellence of female formation.

These lightly-marked transverse lines over the larynx must not be confounded with the higher transverse folds, which form under a double-chin when there is an excessive development of fat.

The line of the nape, which reaches down to the shoulder, is, as I have said, formed by the upper arch of the trapezius, which spreads itself evenlv at the dorsum and the posterior region of the shoulder, and allows the nape to dovetail in soft lines with the dorsum and shoulders. Excessive development of the latter muscle in athletes constitutes the so-called " bull-neck ", and is therefore uglv in women. When there is a uniform development of the muscle, the skin, and the osseous basis, the nape should descend towards both shoulders in a uniform arch, and gradually become flat in the middle beneath the seventh cervical vertebra to the central dorsal furrow.

A thin neclc has been looked upon as a token of earlv'womanhood, and it has been asserted that even a single sexual connection is at once betraved by an increase of thickness in the neck. 1 ha\e not personally been able to corroborate the truth of tliis assertion.

Brücke(l) has refuted the idea that the circumference of the neck should be equal to that of the calf, and he has shown by measurement that, when development is uniform, the calt is alw ays thicker than the neck.

The connection between the trunk and upper lirnbs is the shoulder. lts form depends, tirstlv, on the osseous substratum, about which we have already spoken in detail.

Normal proportions, therefore, require a good, uniform convexity of the thorax, a straight, tense clavicle that merges in the contour of the breast, and a well-litted, flat shoulder-blade.

The muscles, that lead from the shoulder-blade to the arm, aie all covered by the great scapular muscle (deltoid, Fig. 81), which, when the proportions are otherwise good, chiefly determines the lorm