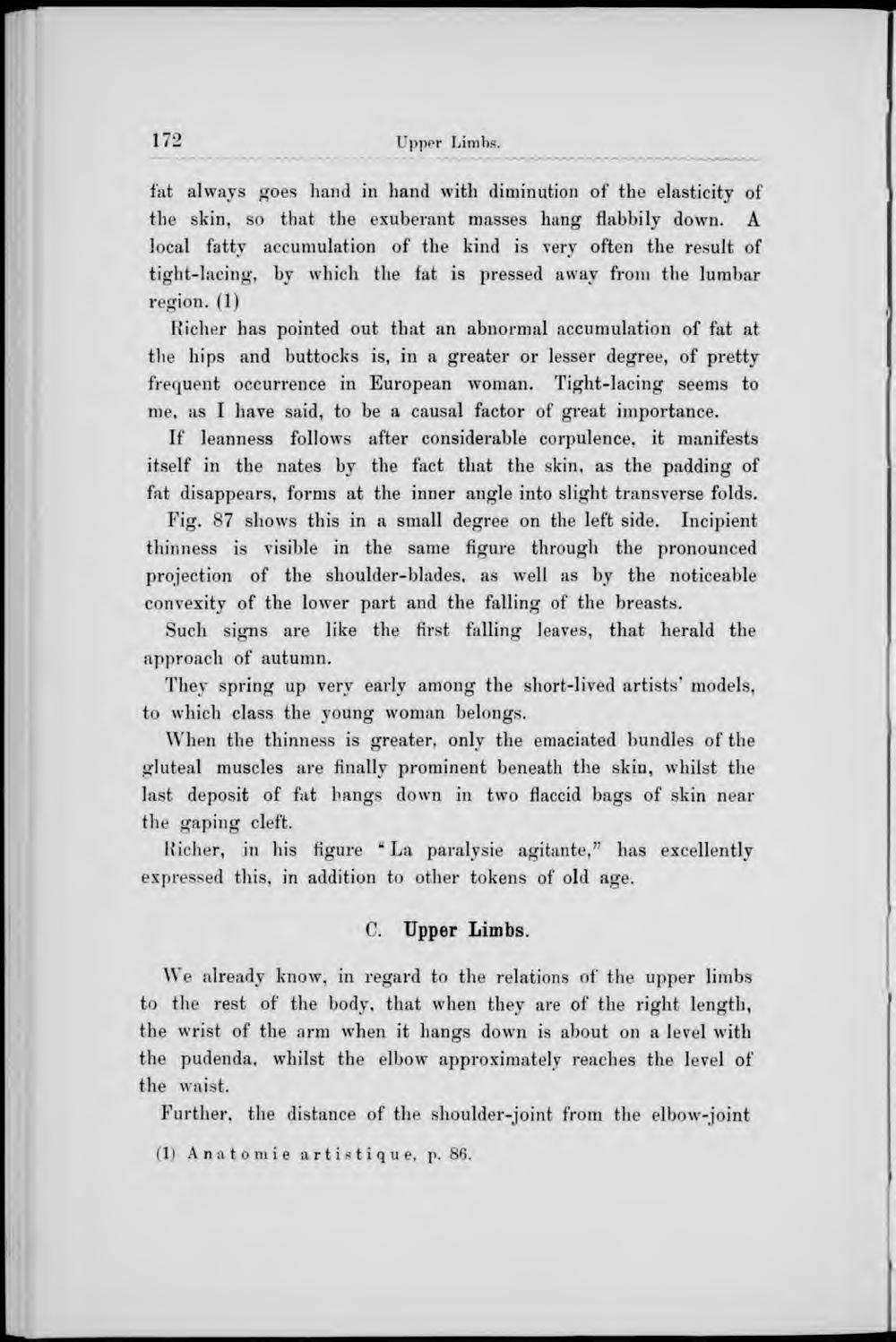 fat always goes hand in hand with diminution of the elasticity of the skin, so that the exuberant masses hang flabbily down. A local fatty accumulation of the kind is very often the result of tight-lacing, by which the fat is pressed away from the lumbar region. (1)

Ificher has pointed out that an abnornial accumulation of fat at the hips and buttocks is, in a greater or lesser degree, of pretty frequent occurrence in European woman. Tight-lacing seems to me, as I have said, to be a causal factor of great importance.

If leanness follows after considerable corpulence, it manifests itself in the nates by the fact that the skin, as the padding of fat disappears, forms at the inner angle into slight transverse folds.

Fig. 87 shows this in a small degree on the left side. Incipient tliinness is visible in the same figure through the pronounced projection of the shoulder-blades. as well as by the noticeable convexity of the lower part and the falling of the breasts.

Such signs are like the first falling leaves, that herald the approach of autumn.

They spring up verv early among the short-lived artists' models, to which class the young woman belongs.

When the tliinness is greater, only the emaciated bundies of the gluteal muscles are finally prominent beneath the skin, vvhilst the last deposit of fat hangs down in two flaccid bags of skin near the gaping cleft.

Richer, in bis figure * La paralysie agitante," has excellently expressed this, in addition to otlier tokens of old age.

We already know, in regard to the relations of the upper limbs to the rest of the body. that when they are of the riglit length, the wrist of the arm when it hangs down is about on a level with the pudenda. whilst the elbow approximately reaches the level of the waist.

Further, the distance of the shoulder-joint from the elbow-joint