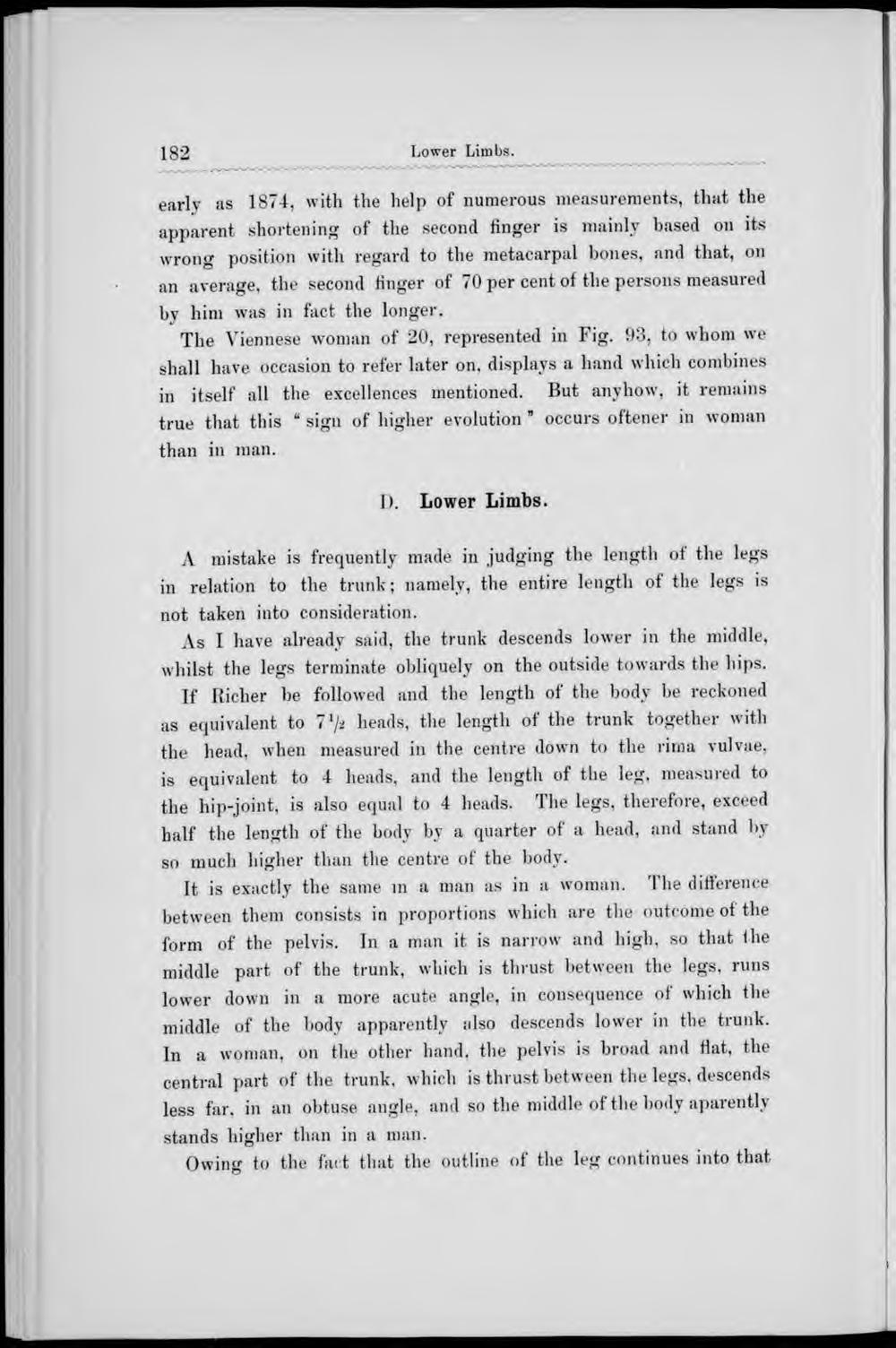 earlv as 1874, with the help of numerous measurements, that the apparent shortening of the second finger is mainly based on its wrong position with regard to the raetacarpal bones, and that, on an average, the second finger of 70 per cent of the persons measured by him was in fact the longer.

The Viennese woman of 20, represented in Fig. 93, to whom we shall have occasion to refer later on, displays a hand which combines in itself all the excellences mentioned. But anyhow, it remains true that tliis " sign of higher evolution " occurs oftener in woman than in man.

As I have already said, the trunk descends lower in the middle, whilst the legs terminate obliquely on the outside towards the hips.