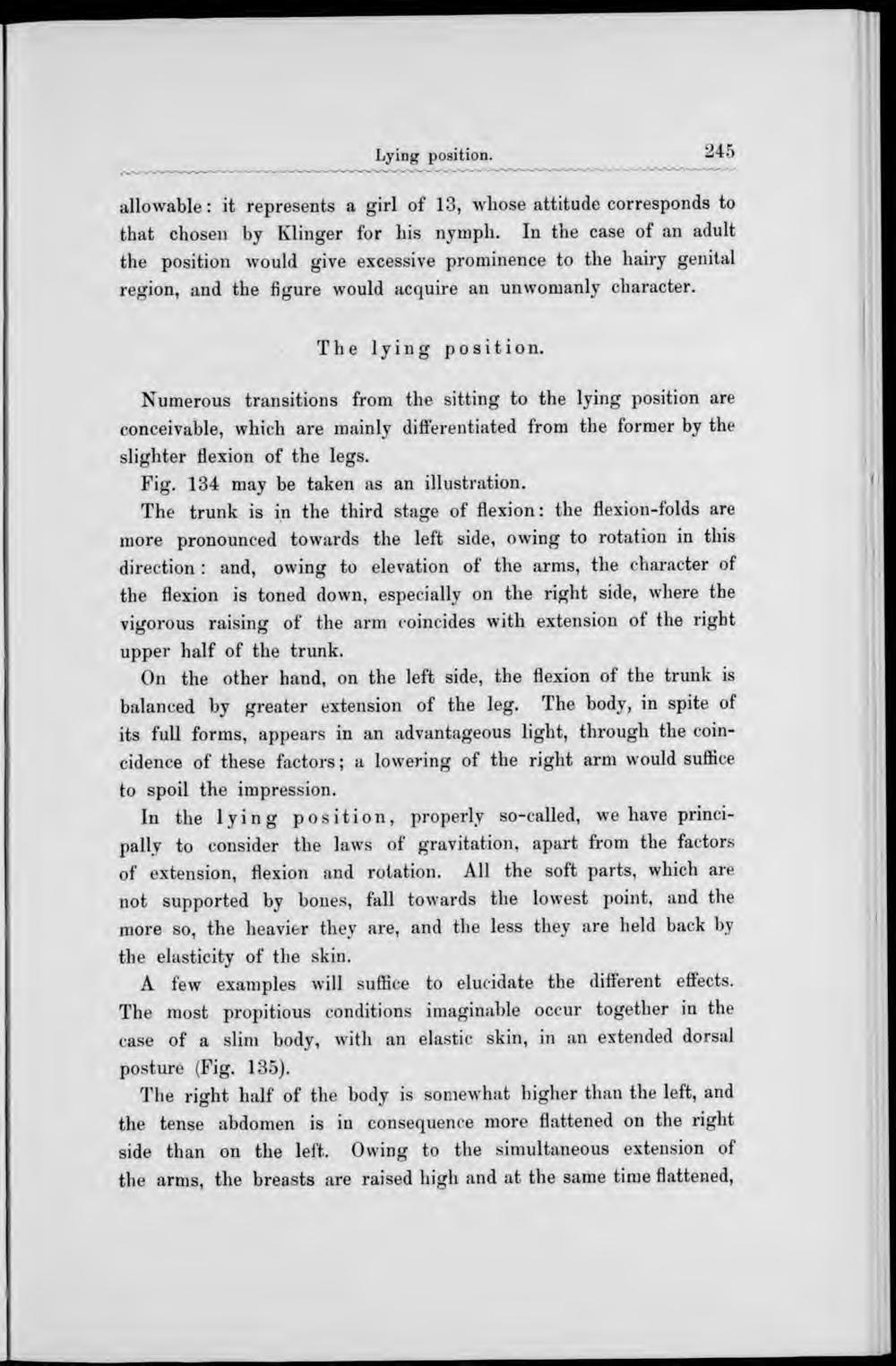 allowable: it represents a girl of 13, whose attitude corresponds to that chosen by Klinger for his nymph. In the case of an adult the position would give excessive prominence to the hairy genital region, and the figure would acquire an unwomanly character.

Numerous transitions from the sitting to the lying position are conceivable, which are mainly differentiated from the former by the slighter flexion of the legs.

Fig. 134 may be taken as an illustration.

The trunk is in the third stage of flexion: the flexion-folds are more pronounced towards the left side, owing to rotation in this direction : and, owing to elevation of the arms, the character of the flexion is toned down, especially on the right side, where the vigorous raising of the arm coincides with extension of the right upper half of the trunk.

On the other hand, on the left side, the flexion of the trunk is balanced by greater extension of the leg. The body, in spite of its full forms, appears in an advantageous light, through the coincidence of these factors; a lowering of the right arm would suffice to spoil the impression.

In the lying position, properly so-called, we have principally to consider the laws of gravitation, apart from the factors of extension, flexion and rotation. All the soft parts, which are not supported by bones, fall towards the lowest point, and the more so, the heavier they are, and the less they are held back by the elasticity of the skin.

A few examples will suffice to elucidate the different effects. The most propitious conditions imaginable occur together in the case of a slim body, with an elastic skin, in an extended dorsal posture (Fig. 135).

The right half of the body is somewhat higher than the left, and the tense abdomen is in consequence more flattened on the right side than on the left. Owing to the simultaneous extension of the arms, the breasts are raised high and at the same time flattened,