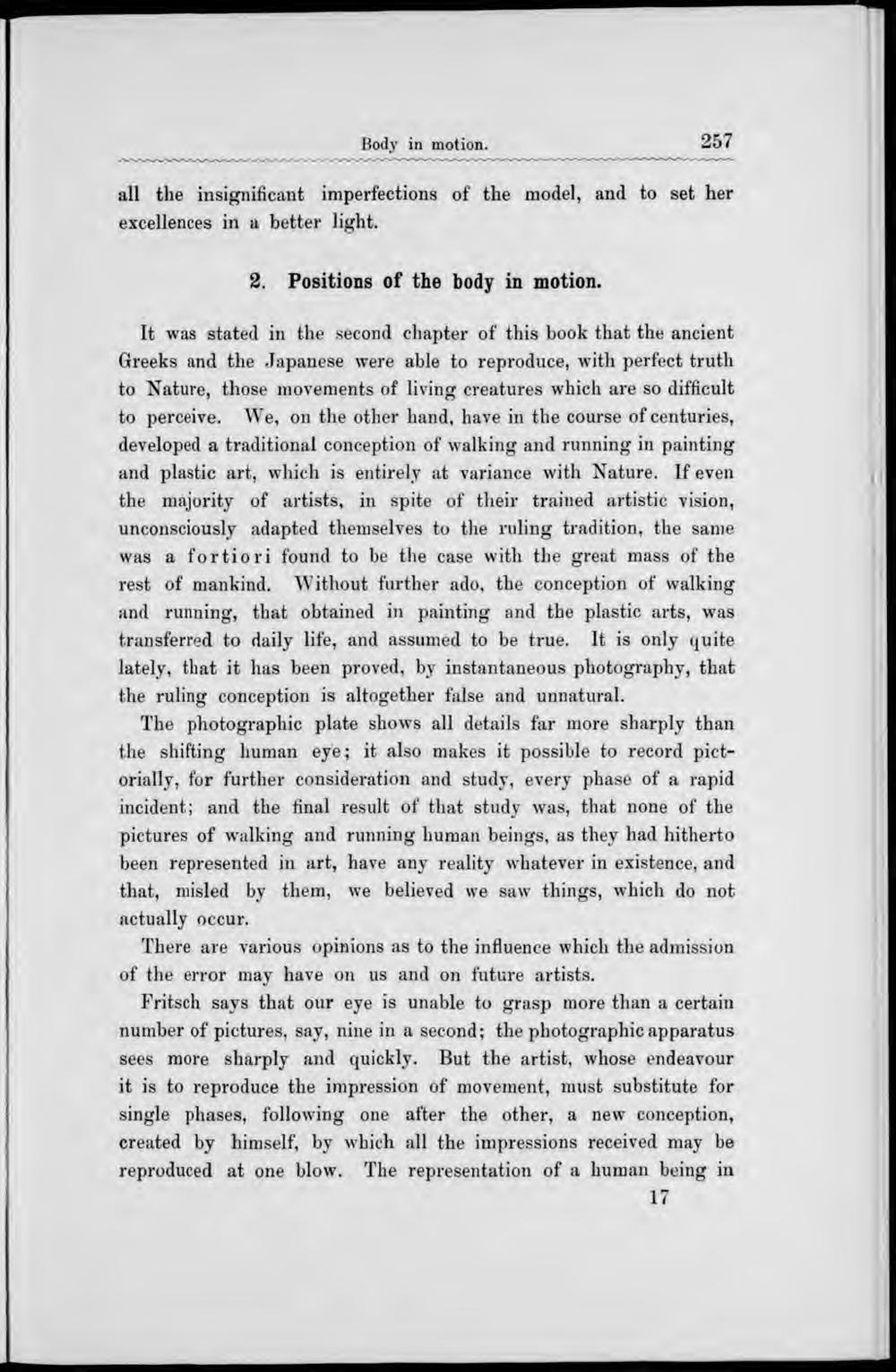 all the insignificant imperfections of the model, and to set her excellences in a better light.

2. Positions of the body in motion.

It was stated in the second chapter of this book that the ancient Greeks and the Japanese were able to reproduce, with perfect truth to Nature, those movements of living creatures which are so difficult to perceive. We, on the other hand, have in the course ofcenturies, developed a traditional conception of walking and running in painting and plastic art, which is entirely at variance with Nature. If even the majority of artists, in spite of their trained artistic vision, unconsciously adapted themselves to the ruling tradition, the sanie was a fortiori found to be the case with the great mass of the rest of mankind. Without further ado, the conception of walking and running, that obtained in painting and the plastic arts, was transferred to daily life, and assumed to be true. It is only quite lately, that it has been proved, by instantaneous photography, that the ruling conception is altogetlier false and unnatural.

The photographic plate shows all details far more sharply than the shifting human eye; it also makes it possible to record pictorially, for further consideration and study, every phase of a rapid incident; and the final result of that study was, that none of the pictures of walking and running human beings, as they had hitherto been represented in art, have any reality whatever in existence, and that, misled by them, we believed we saw things, which do not actually occur.

There are various opinions as to the influence which the admission of the error may have on us and on future artists.

Fritsch says that our eye is unable to grasp more than a certain number of pictures, say, nine in a second; the photographicapparatus sees more sharply and quickly. But the artist, whose endeavour it is to reproduce the impression of movement, must substitute for single phases, following one after the other, a new conception, created by himself, by which all the impressions received may be reproduced at one blow. The representation of a human being in