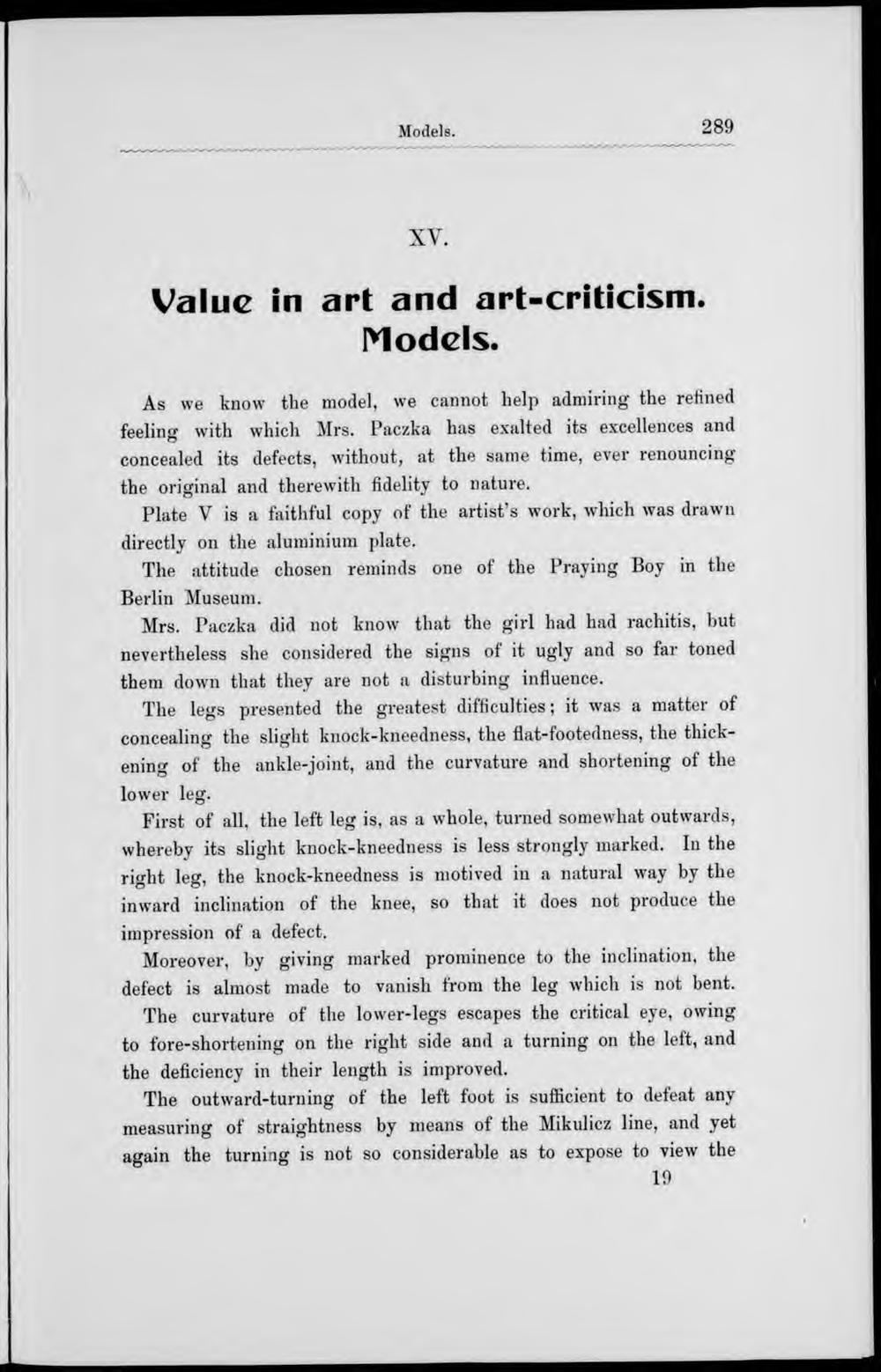 As we know the model, we cannot help admiring the refined feeling with which Mrs. Paczka has exalted its excellences and concealed its defects, without, at the same time, ever renouncing the original and therewith fidelity to nature.

Plate V is a faithful copy of the artist's work, which was drawn directly on the aluminium plate.

The attitude chosen reminds one of the Praying Boy in the Berlin Museum.

Mrs. Paczka did not know that the girl had had rachitis, but nevertheless she considered the signs of it ugly and so far toned them down that they are not a disturbing influence.

The legs presented the greatest difticulties; it was a matter of concealing the slight knock-kneedness, the flat-footedness, the thickening of the ankle-joint, and the curvature and shortening of the lower leg.

First of all, the left leg is, as a whole, turned somewhat outwards, whereby its slight knock-kneedness is less strongly marked. In the right leg, the knock-kneedness is motived in a natural way by the inward inclination of the knee, so that it does not produce the impression of a defect.

Moreover, by giving marked prominence to the inclination, the defect is almost made to vanisli from the leg which is not bent.

The curvature of the lower-legs escapes the critical eye, owing to fore-shortening on the right side and a turning on the left, and the deficiency in their length is improved.

The outward-turning of the left foot is sufficiënt to defeat any measuring of straightness by means of the Mikulicz line, and yet again the turning is not so considerable as to expose to view the