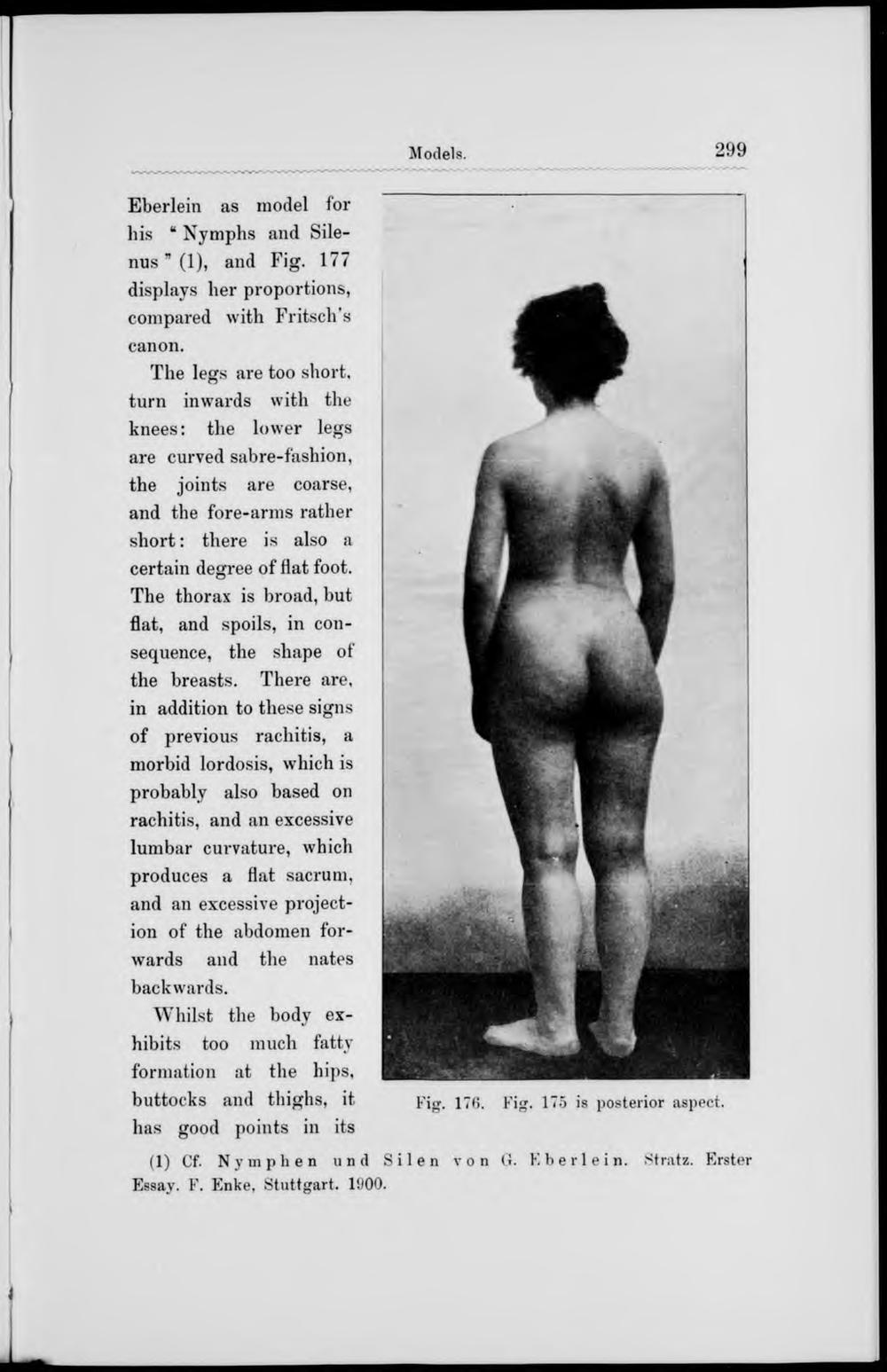 Eberlein as model for liis " Nymphs and Silenus" (1), and Fig. 177 displays her proportions, compared with Fritsch's canon.

The legs are too short, turn inwards with the knees: the lower legs are curved sabre-fashion, the joints are coarse, and the fore-arms rather short: there is also a certain degree of flat foot. The thorax is broad, but flat, and spoils, in consequence, the shape of the breasts. There are, in addition to these signs of previous rachitis, a morbid lordosis, which is probably also based on rachitis, and an excessive lumbar curvature, which produces a flat sacrum, and an excessive projection of the abdomen forwards and the nates backwards.

Whilst the body exhibits too rnuch fatty formation at the hips, buttocks and thighs, it has good points in its