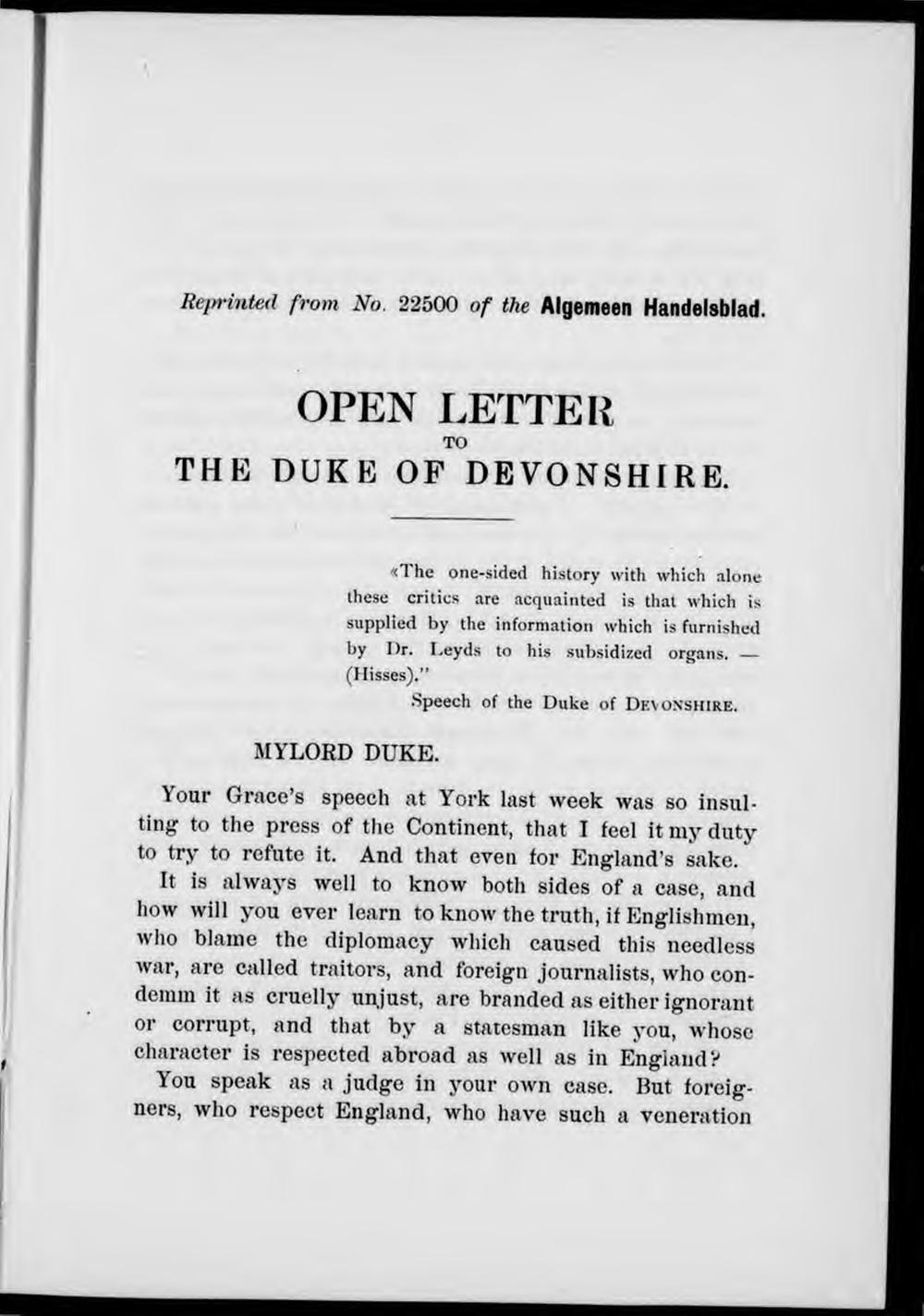 Reprinted from No. 22500 of the Algemeen Handelsblad.

THE DUKE OF DEVONSHIRE.

«The one-sided history with which alone these critics are acquainted is that which is supplied by the information which is furnished by Dr. Leyds to his subsidized organs. — (Hisses)."

Speech of the Duke of Devonshire.

Your Grace's speech at York last week was so insulting to the press of the Continent, that I feel it my duty to try to refute it. And that even for England's sake.

It is always well to know both sides of a case, and how will you ever learn to know the truth, if Englishmen, who blanie the diplomacy which caused this needless war, are called traitors, and foreign journalists, who condemin it as cruelly unjust, are branded as either ignorant or corrupt, and that by a statesman like you, whosc character is respected abroad as well as in England?

You speak as a judge in your own case. üut foreigners, who respect England, who have such a veneration