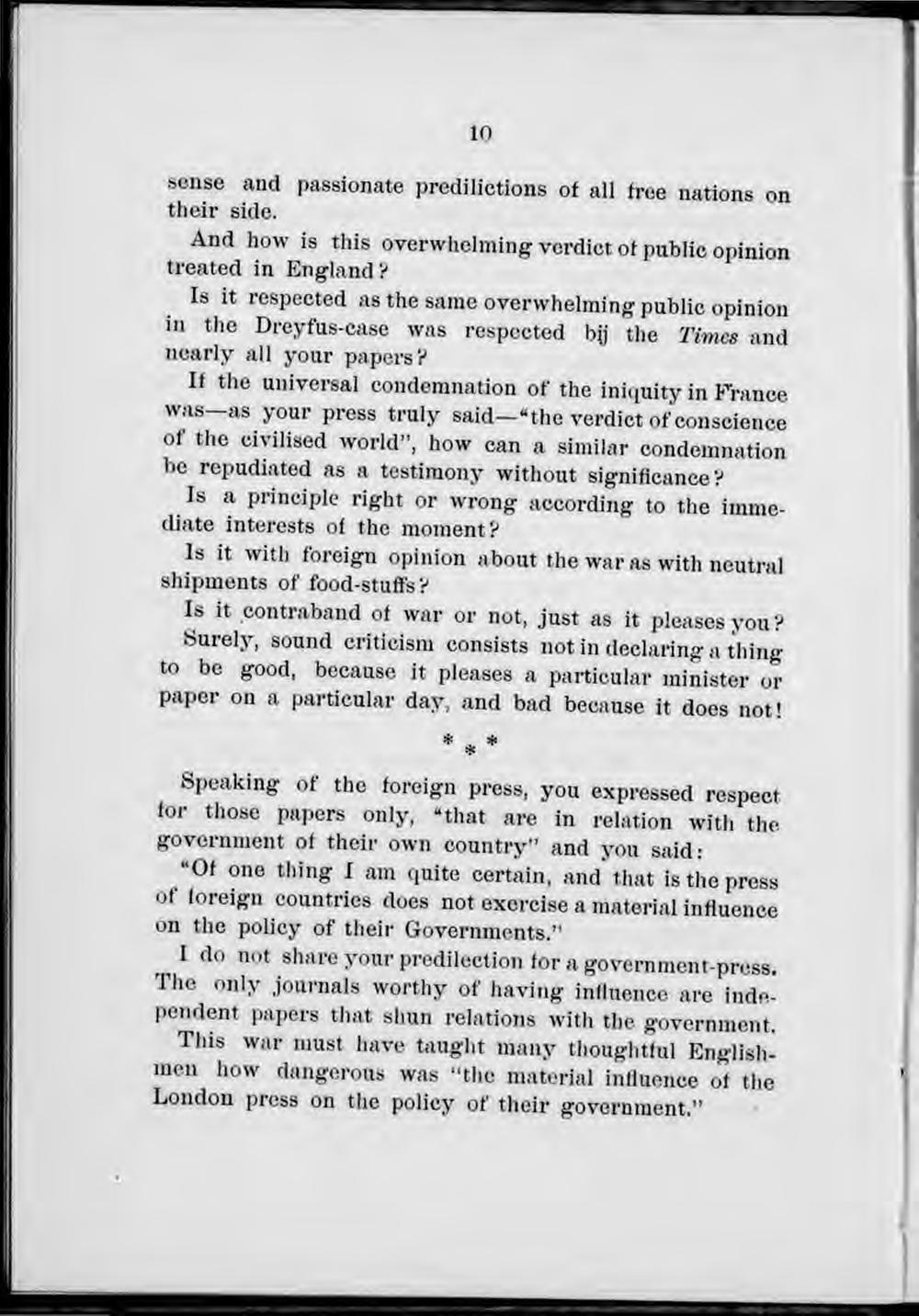 sense and passionate predilictions of all free nations on their side.

And how is this overwhelming verdict of public opinion treated in England?

Is it respccted as the same overwhelming1 public opinion in the Dreyfus-case was respected bij the Times and nearly all your papers?

If the universal condemnation of the iniquity in France was—as your press truly said-"the verdict of conscience of the civilised world", how can a similar condemnation be repudiated as a testimony without significance ?

Is a principle right or wrong according to the immediate interests of the moment?

Is it with foreign opinion about the war as with neutral shipments of food-stuffs?

Is it contraband of war or not, just as it pleasesyou?

Surely, sound criticism consists not in declaring a thing to be good, because it pleases a particular minister or paper on a particular day, and bad because it does not'

Speaking of the foreign press, you expressed respect for those papers only, 'that are in relation with the government of their own country" and you said:

"Of one thing I am quite certain, and that is the press of foreign countries does not exercise a material influence on the policy of their Governments."

I do not share your predilection fora go vernment-press.

The only journals worthy of having influence are independent papers that shun relations with the government.

This war must have taught many thoughtful Englishmen how dangerous was "the material influence of the London press on the policy of their government."