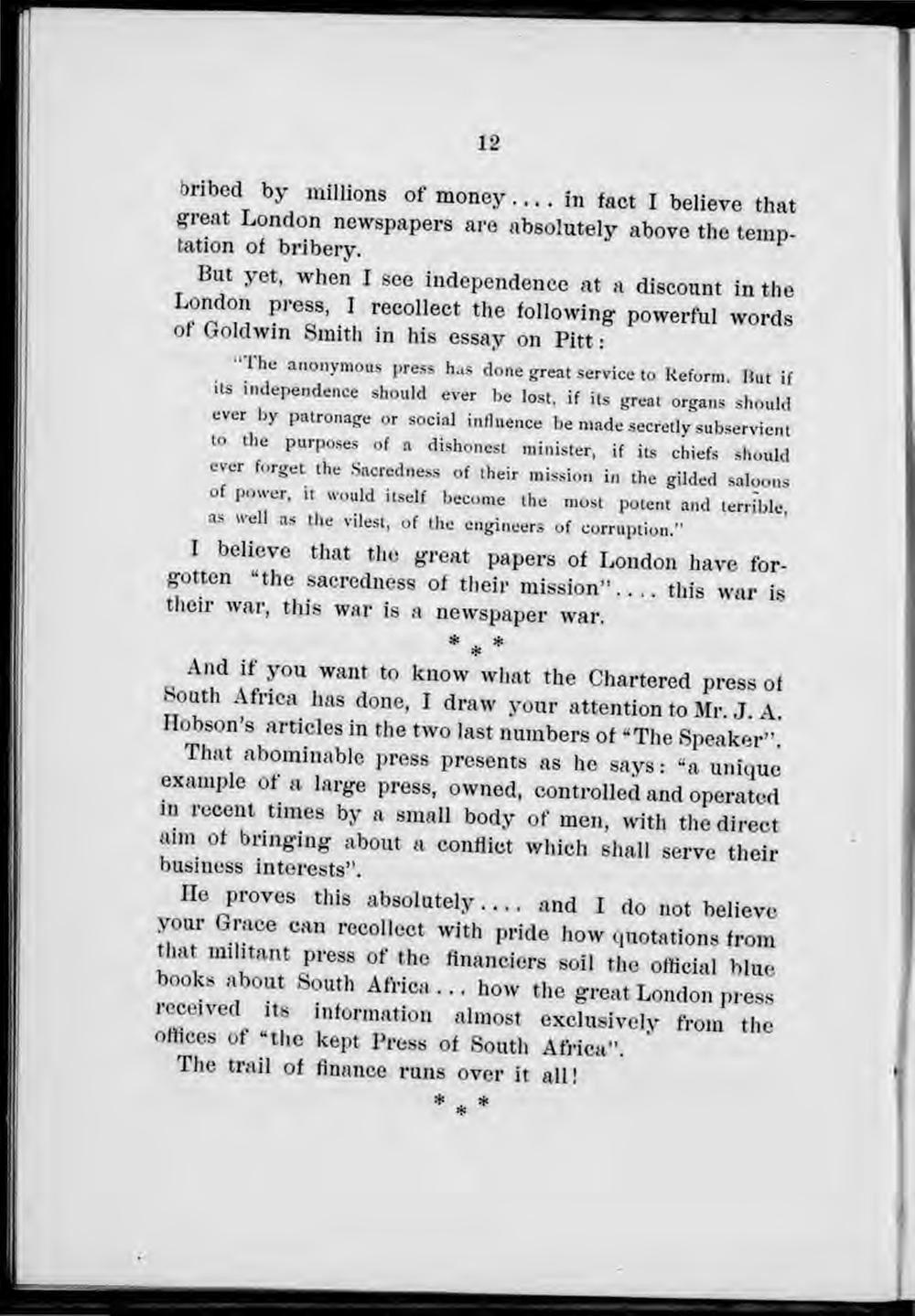 bribed by millions of monoy.... in fact I believe that

great London newspapers are absolutely above the temntation of bribery.

But yet, when I see independence at a discount in the London press, I recollect the following powerful words of Goldwin Smith in his essay on Pitt :

1 he anonymous press has done great service to Reform. Iiut if its independence should ever be lost, if its great organs should ever by patronage or social influence be made secretly subservient to the purposes of a dishonest minister, if its chiefs should ever forget the Sacredness of their mission in the gilded saloons of power, it would itself become the most potent and terrible, as well as the vilest, of the engineers of corruption."

1 believe that the great papers of London have forgotten "the sacredness of their mission".... this war is

their war, this war is a newspaper war.

And if you want to know wliat the Chartered press of

> outh Africa has done, I draw your attention to Mr. J. A.

Hobson s articles in the two last numbers of "The Speaker".

That abominable press presents as he says: "a unique

example of a large press, owned, oontrolled and operated

in recent tunes by a small body of men, with the direct

«urn of bringing about a conflict which shall serve their business interests".

He proves this absolutely.... and I do not believe your Grace can recollect with pride how quotations from hat militant press of the financiers soil the official blue books about South Africa... how the great London press received its Information almost exclusively from the offices of the kept Press of South Africa".

The trail of finance runs over it all!