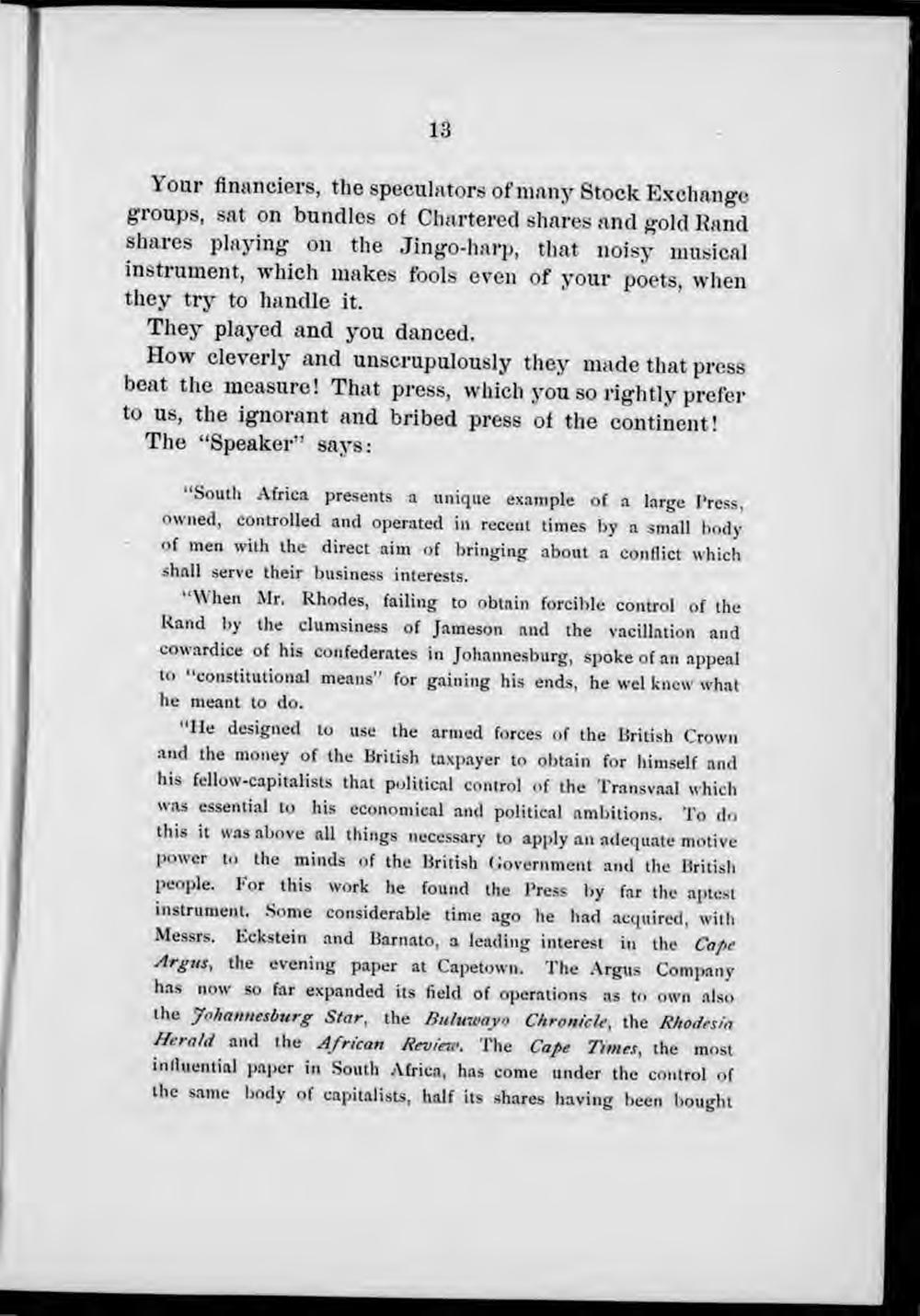 Your financiers, the speculators of many Stock Exchange groups, sat on bundies of Chartered shares and gold Rand shares playing on the Jingo-harp, that noisy musical instrument, which makes fools even of your poets, when they try to handle it.

They played and you danced.

How cleverly and unscrupulously they made that press beat the measure! That press, which you so rightly prefer to us, the ignorant and bribed press of the continent! The "Speaker" says:

"South Africa presents a unique example of a large Press, owned, controlled and operated in recent times by a small body of men with the direct aim of bringing about a conflict which shall serve their business interests.

"When Mr. Rhodes, failing to obtain forcible control of the Rand by the clumsiness of Jameson and the vacillation and cowardice of his confederates in Johannesburg, spokeofan appeal to "constitutional means" for gaining his ends, he wel knew what he meant to do.

"He designed to use the armed forces of the liritish Crown and the money of the British taxpayer to obtain for himself and his fellow-capitalists that political control of the Transvaal which was essential to his economical and political ambitions. To do 'his 11 was above all things necessary to apply an adequate motive power to the minds of the British Government and the liritish people. tor this work he found the Press by far the aptest instrument. Some considerable time ago he had acquired, with Messrs. Eckstein and Barnato, a leading interest in the Cape Argus, the evening paper at Capetown. The Argus Company has now so far expanded its field of operations as to own also the Johannesburg Star, the Buluwayo Chronicle, the Rhodcsia Herald and the African Review. The Cape Times, the most intluential paper in South Africa, has come under the control of the same body of capitalists, half its shares having been bought