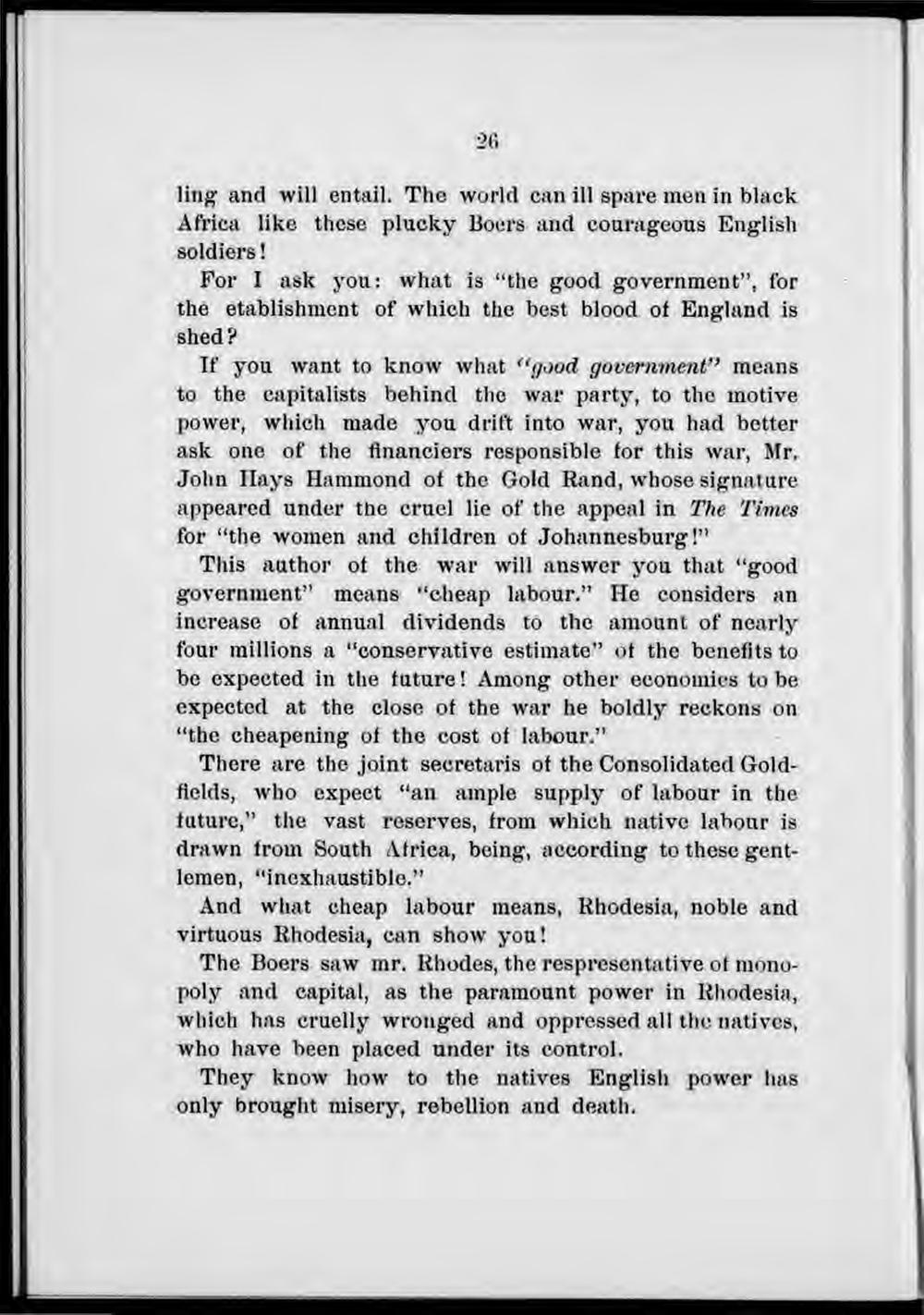 ling and will entail. The world can ill spare men in black Africa like these plucky Boers and courageous English soldiers!

For I ask you: what is "the good government", for the etablishment of which the best blood of England is shed?

If you want to know what "good government" means to the capitalists behind the war party, to the motive power, which made you drift into war, you had better ask one of the financiers responsible for this war, Mr. John Hays Hammond of the Gold Rand, whose signature appeared under the cruel lie of' the appeal in The Times for "the women and children of Johannesburg!"

This author of the war will answer you that "good government" means "cheap labour." He considers an increase of annual dividends to the amount of nearly four millions a "conservative estimate" of the benefits to be expected in the future! Among other economies to be expected at the close of the war he boldly reckons on "the cheapening of the cost of labour."

There are the joint secretaris of the Consolidated Goldfields, who expect "an ample supply of labour in the future," the vast reserves, from which native labour is drawn froin South Africa, being, according to these gentlemen, "inexhaustible."

And what cheap labour means, Rhodesia, noble and virtuous Rhodesia, can show you!

The Boers saw mr. Rhodes, the respresentative of monopoly and capital, as the paramount power in Rhodesia, which has cruelly wronged and oppressed all the natives, who have been placed under its control.

They know how to the natives English power has only brought misery, rebellion and death.