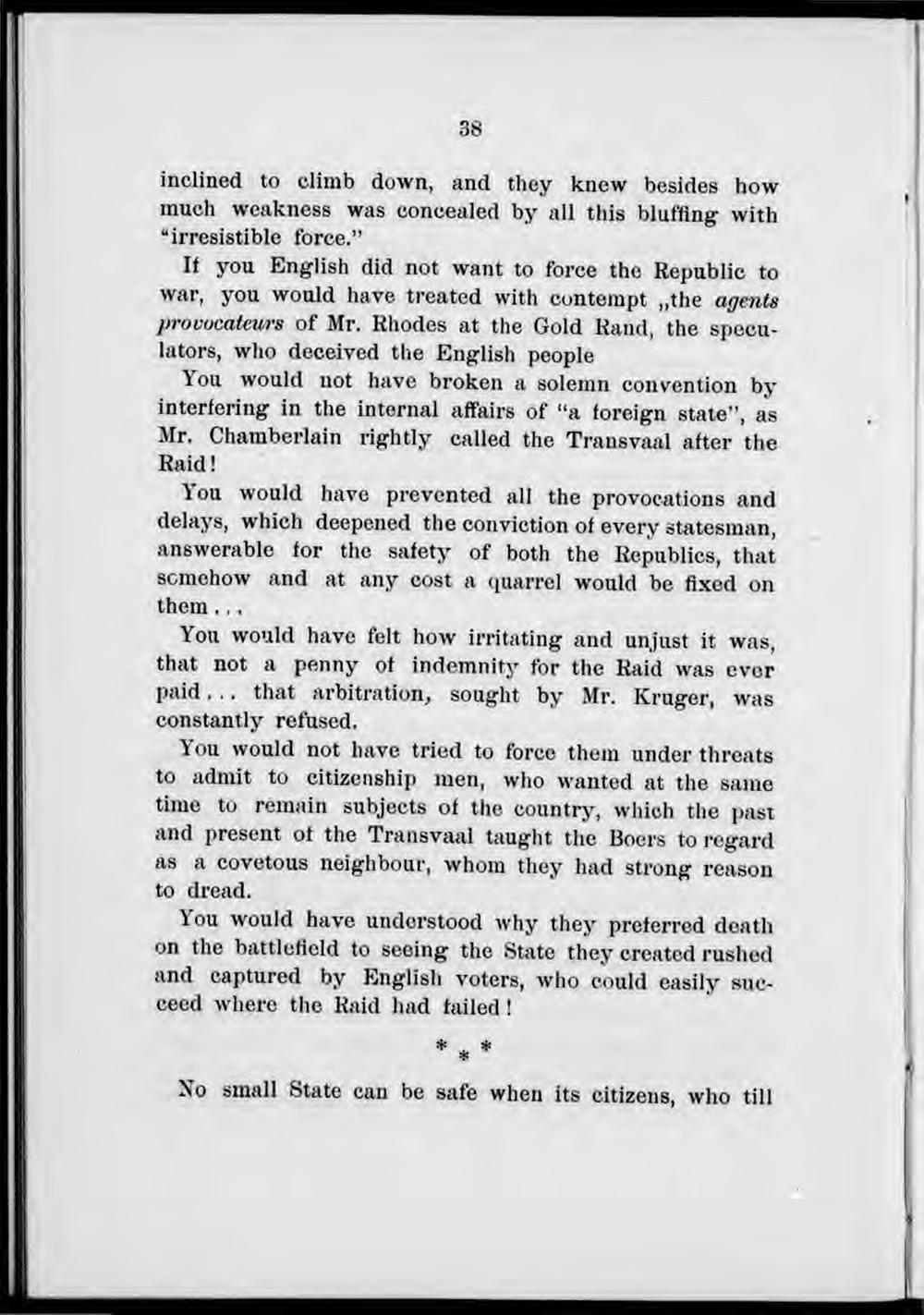 inclined to climb down, and they knew besides how mueh weakness was concealed by all this bluffing with "irresistible force."

If you English did not want to force the Republic to war, you would have treated with contempt „the agents provocateurs of Mr. Rhodes at the Gold Rand, the speculators, who deceived the English people

You would not have broken a solemn convention by interfering in the internal affairs of "a foreign state", as Mr. Chamberlain rightly called the Transvaal after the Raid!

You would have prevented all the provocations and delays, which deepened the conviction of every statesman, answerable for the safety of both the Republics, that somehow and at any cost a quarrel would be fixed on thera...

You would have feit how irritating and unjust it was, that not a penny of indemnity for the Raid was ever paid... that arbitration, sought by Mr. Krugcr, was constantly refused.

You would not have tried to force thein under threats to admit to citizenship men, who wanted at the same time to remain subjects of the country, which the past and present of the Transvaal taught the Boers to regard as a covetous neighbour, whom they had strong reason to dread.

You would have understood why they preferred death on the battlefleld to seeing the State they created rushed and captured by English voters, who could easily succeed where the Raid had failed!

No small State can be safe when its citizens, who till