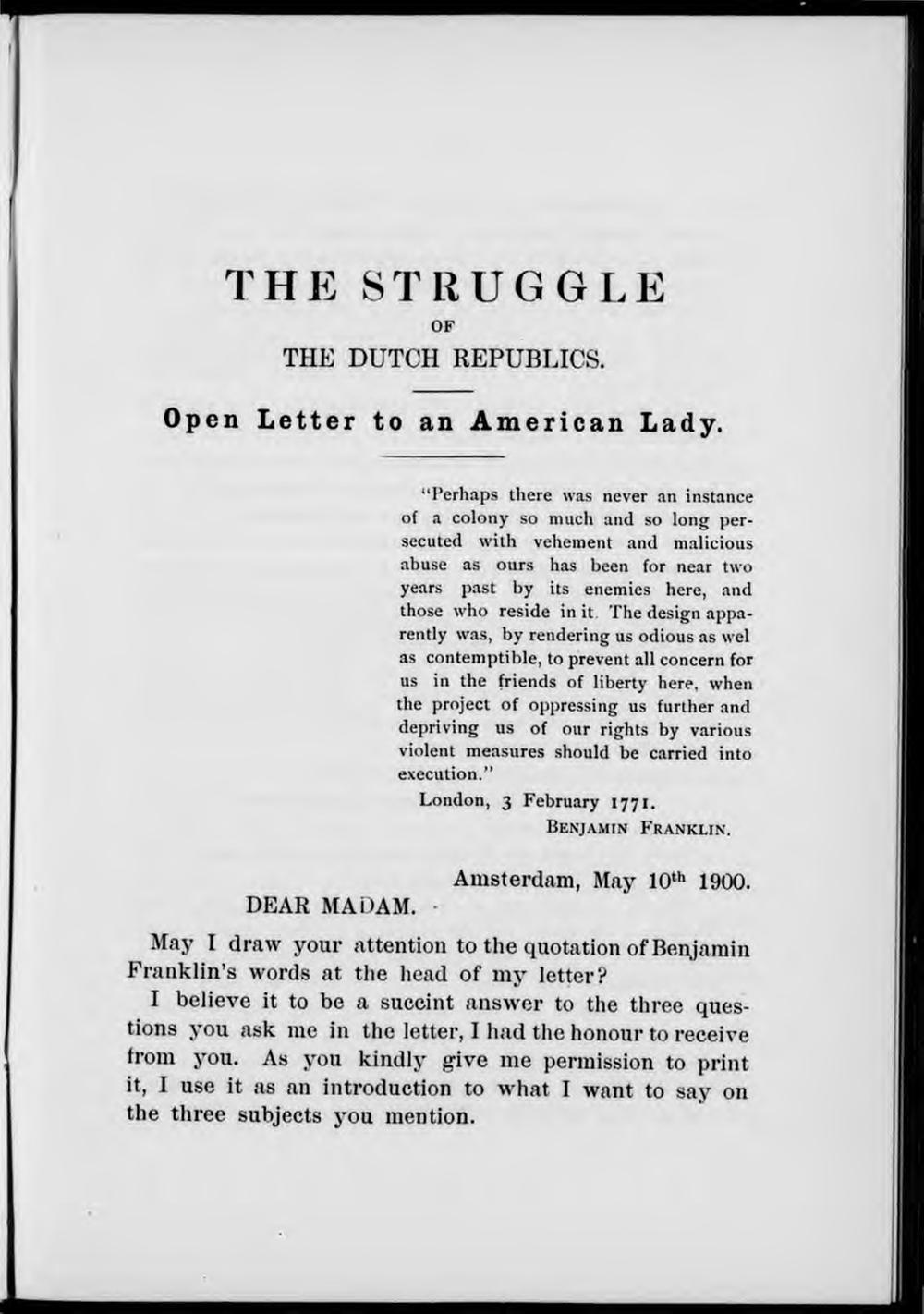 Open Letter to an American Lady.

"I'erhaps there was never an instance of a colony so much and so long persecuted with vehement and malicious abuse as ours has been for near two years past by its enemies here, and those who reside in it The design apparently was, by rendering us odious as wel as contemptible, to prevent all concern for us in the friends of liberty here, when the project of oppressing us further and depriving us of our rights by various violent measures should be carried into execution."

May I draw your attention to the quotation of Benjamin Franklin's words at the head of my letter?

I believe it to be a succint answer to the three questions you ask me in the letter, I had the honour to receive from you. As you kindly give me permission to print it, I use it as an introduction to what I want to say on the three subjects you mention.