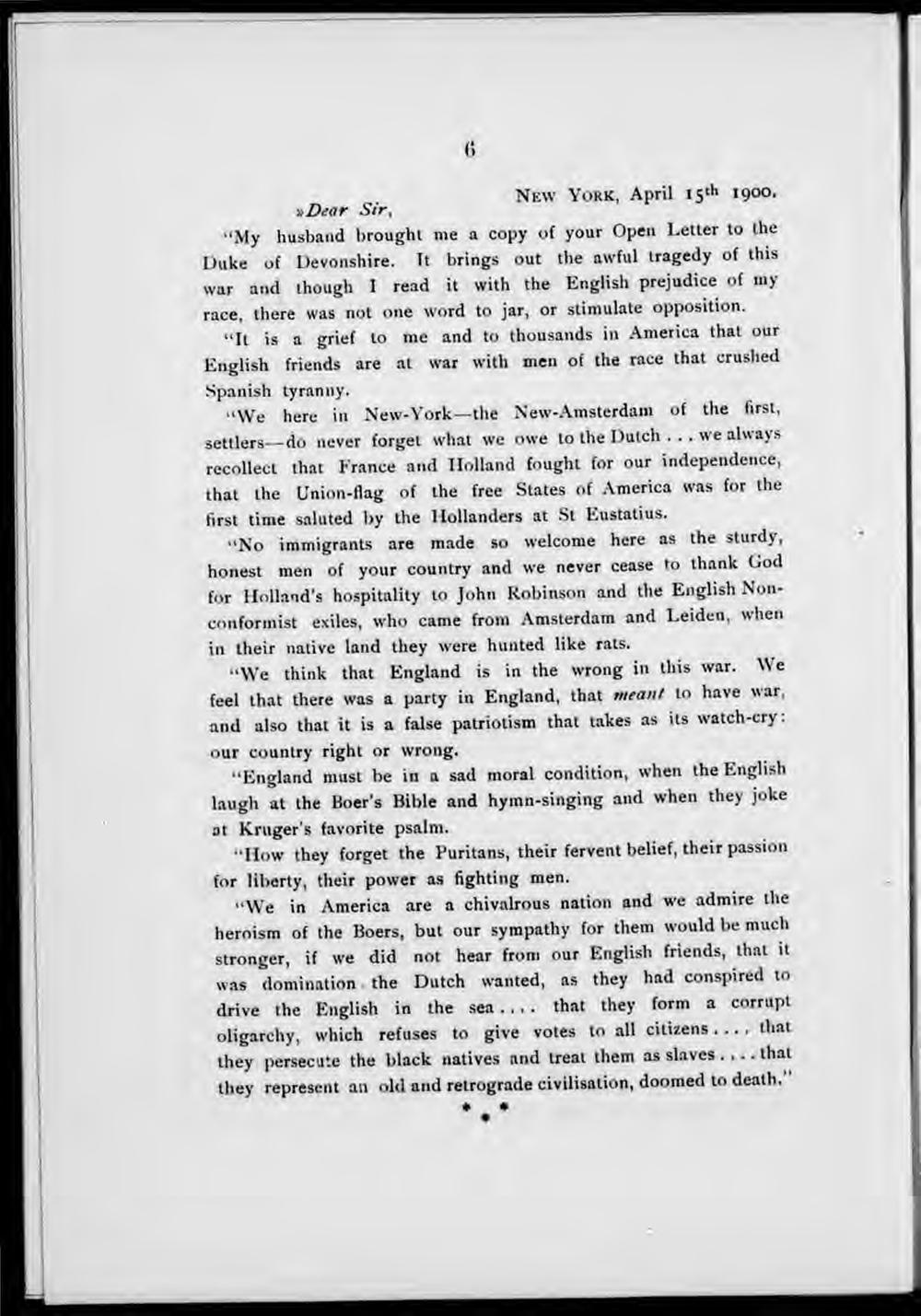 "My husband brought me a copy of your Open Letter to the Duke of Devonshire. Tt brings out the awful tragedy of this war and though I read it with the English prejudice of my race, there was not one word to jar, or stimulate opposition.

"It is a grief to me and to thousands in America that our English friends are at war with men of the race that crushed Spanish tyranny.

"We here in New-York—the New-Amsterdam of the first, settlers—do never forget what we owe to the Dutch . .. we always recollect that France and Holland fought for our independence, that the Union-flag of the free States of America was for the first time saluted by the Hollanders at St Eustatius.

"No immigrants are made so welcome here as the sturdy, honest men of your country and we never cease to thank God for Holland's hospitality to John Robinson and the English Nonconformist exiles, who came from Amsterdam and Leiden, when in their native land they were hunted like rats.

"We think that England is in the wrong in this war. We feel that there was a party in England, that meant to have war, and also that it is a false patriotism that takes as its watch-cry: our country right or wrong.

"England must be in a sad moral condition, when the English laugh at the Boer's Bible and hyinn-singing and when they joke at Kruger's favorite psalm.

"How they forget the Puritans, their fervent belief, their passion for liberty, their power as fighting men.

"We in America are a chivalrous nation and we admire the heroism of the Boers, but our sympathy for them would be much stronger, if we did not hear from our English friends, that it was domination the Dutch wanted, as they had conspired to drive the English in the sea.... that they form a corrupt oligarchy, which refuses to give votes to all citizens.... that they persecu'.e the black natives and treat them as slaves .... that they represent an old and retrograde civilisation, doomed to death.