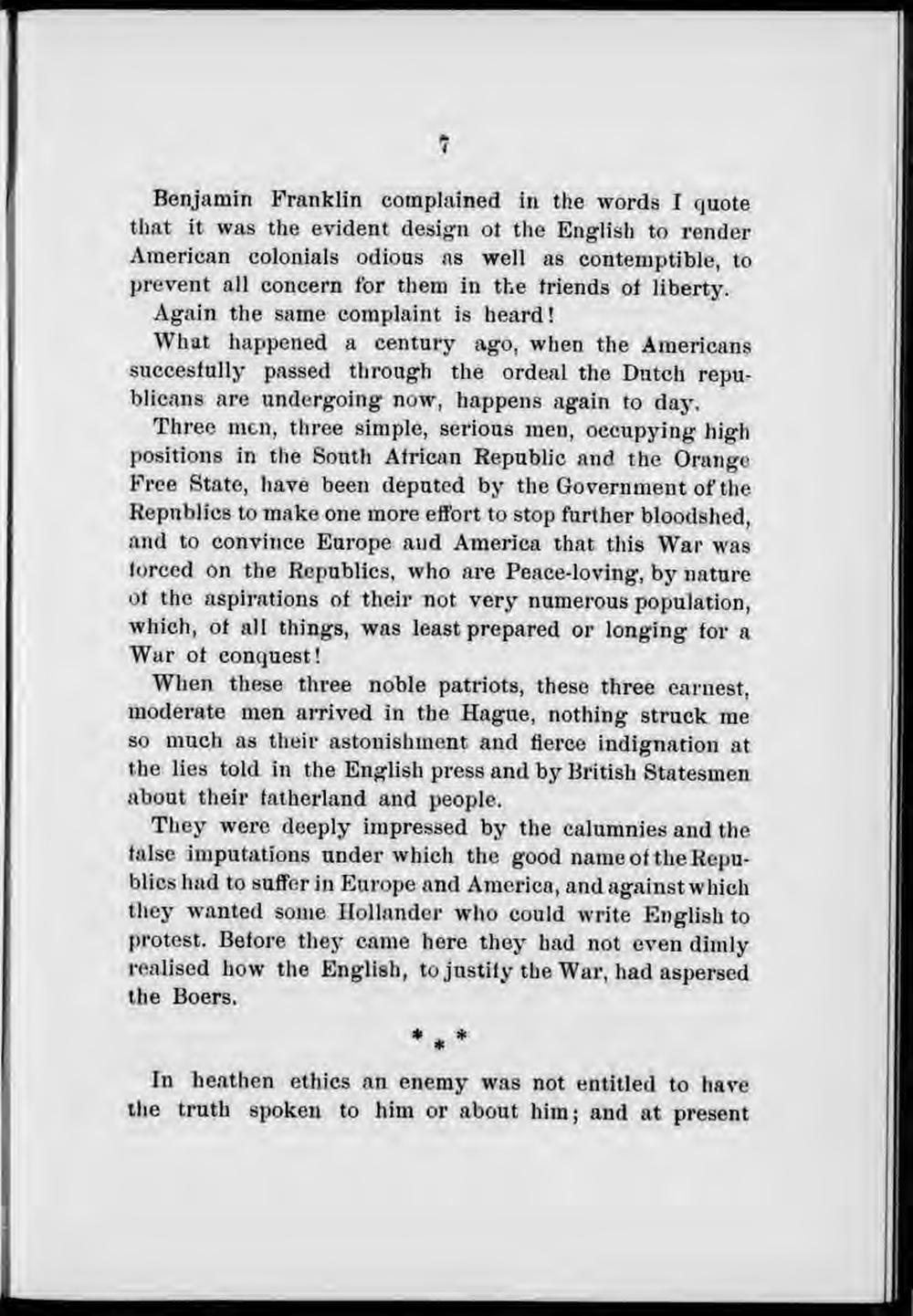 Benjamin Franklin complained in the words I quote that it was the evident design ot the English to render American colonials odious as well as contemptible, to prevent all concern for tliem in the friends of liberty.

Again the same complaint is heard!

Wliat happened a century ago, when the Americans succesfully passed through the ordeal the Dutch republicans are undergoing now, happens again to day.

Three men, three simple, serious men, occupying high positions in the South African Republic and the Orange Pree State, have been deputed by the Government of the Republics to make one more effort to stop further bloodshed, and to convince Europe and America that this War was forced on the Republics, who are Peace-loving, by nature ot the aspirations of their not very numerous population, which, of all things, was least prepared or longing for a War ot conquest!

When these three noble patriots, these three earnest, moderate men arrived in the Hague, nothing struck me so much as their astonishment and fierce indignation at the lies told in the English press and by British Statesmen about their fatherland and people.

They were deeply impressed by the calumnies and the false imputations under which the good name of the Republics had to suffer in Europe and America, and against which they wanted some Hollander who could write English to protest. Before they came here they had not even dimly realised how the English, to justify the War, had aspersed the Boers.

In heathen ethics an enemy was not entitled to have the truth spoken to him or about him; and at present