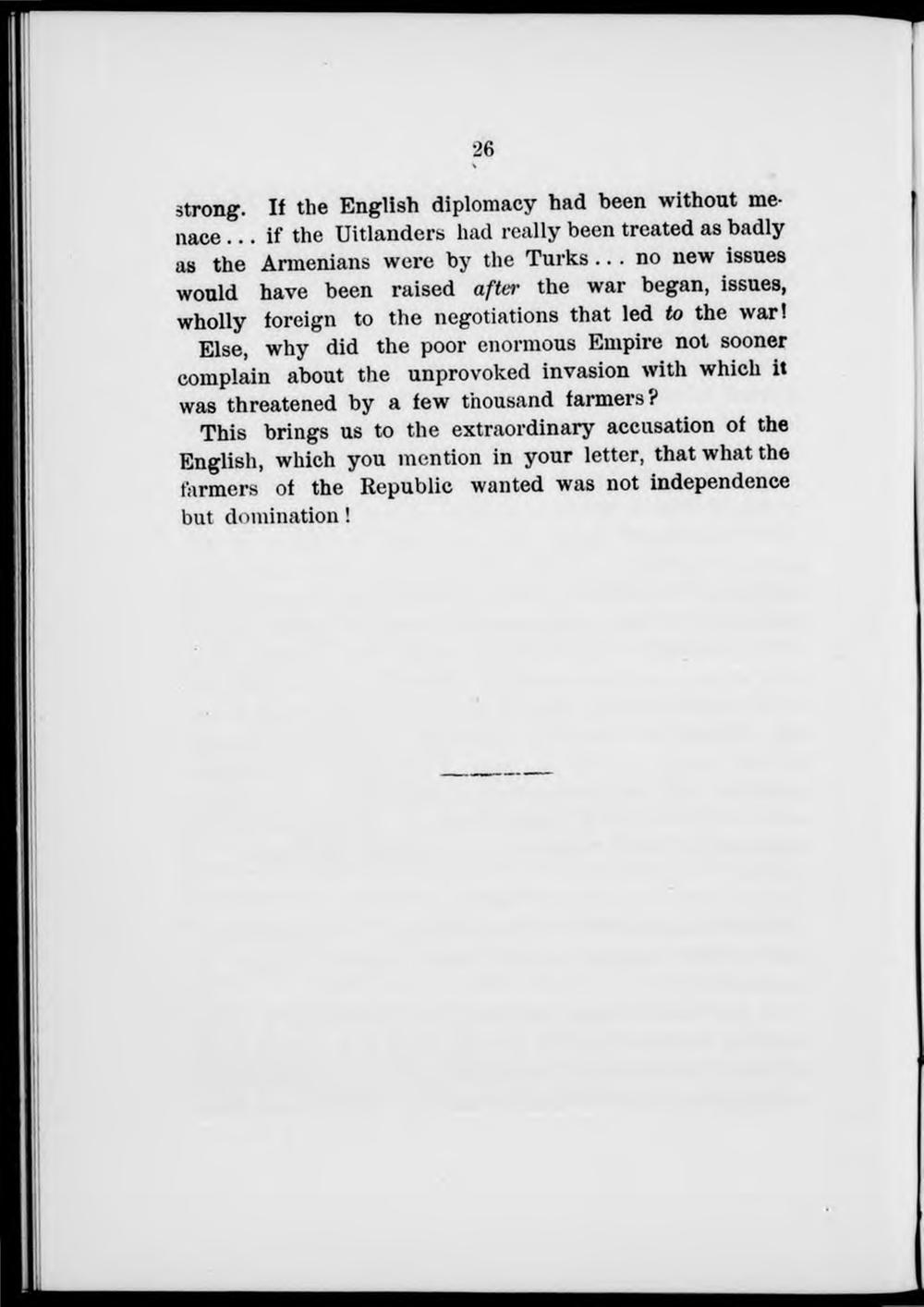 strong. II the English diplomacy had been without menace ... if the Uitlanden, had really been treated as badly as the Armenians were by the Turks... no new issues would have been raised after the war began, issues, wholly toreign to the negotiations that led to the war!

Else, why did the poor enormous Empire not sooner complain about the unprovoked invasion with which it was threatened by a few t'nousand farmers?

This brings us to the extraordinary accusation of the English, which you mention in your letter, that what the farmers of the Republic wanted was not independence but domination!