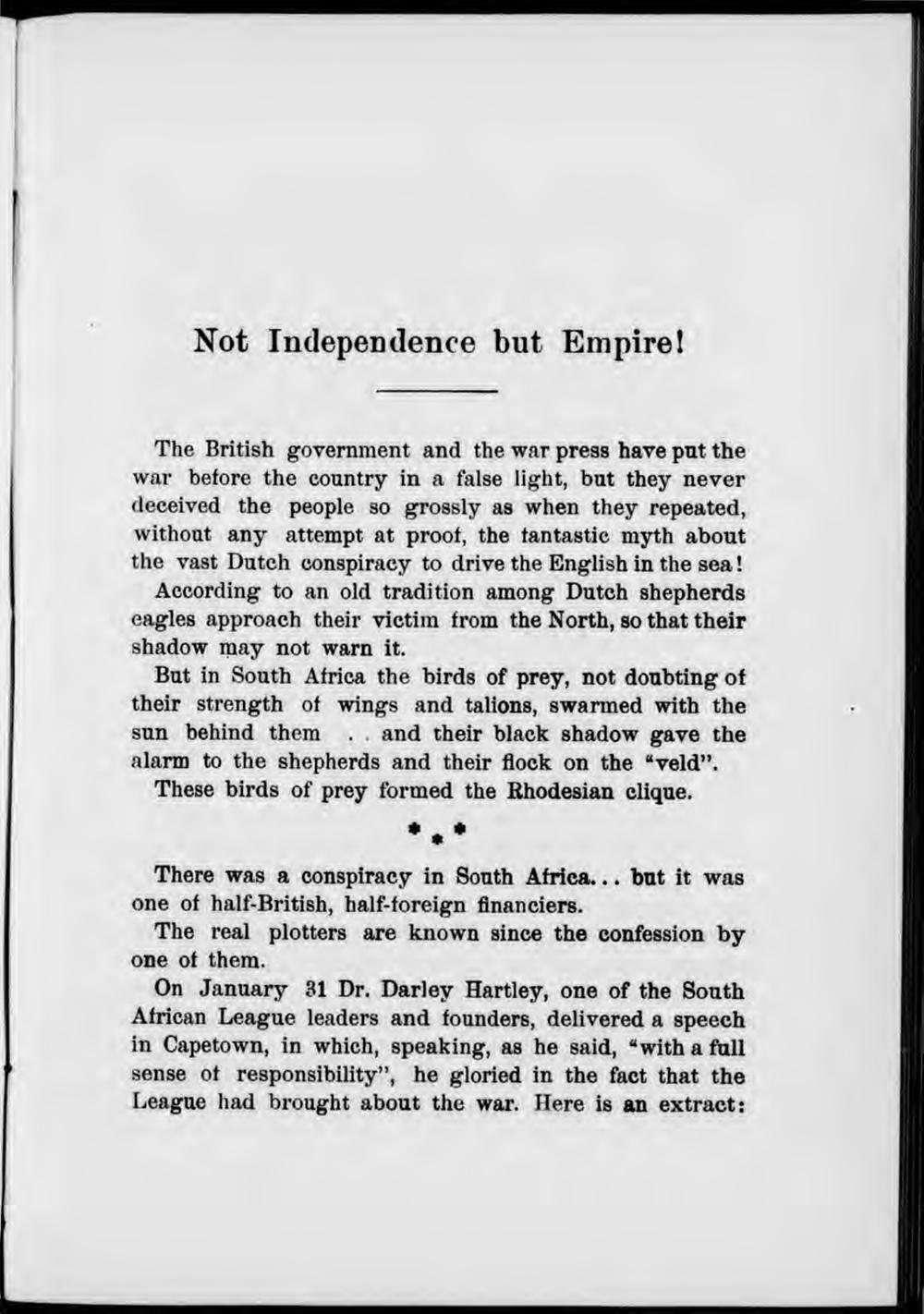 The British government and the war press have put the war before the country in a false light, but they never deceived the people so grossly as when they repeated, without any attempt at proof, the tantastic myth about the vast Dutch conspiracy to drive the English in the sea!

According to an old tradition among Dutch shepherds cagles approach their victim from the North, so that their shadow may not warn it.

But in South Africa the birds of prey, not doubting of their strength of wings and talions, swarmed with the sun behind them . and their black shadow gave the alarm to the shepherds and their floek on the "veld".

These birds of prey formed the Rhodesian clique.

There was a conspiracy in South Africa... but it was one of half-British, half-foreign financiers.

The real plotters are known since the confession by one of them.

On January 31 Dr. Darley Hartley, one of the South African League leaders and founders, delivered a speech in Capetown, in which, speaking, as he said, "with a full sense of responsibility", he gloried in the fact that the League had brought about the war. Here is an extract: