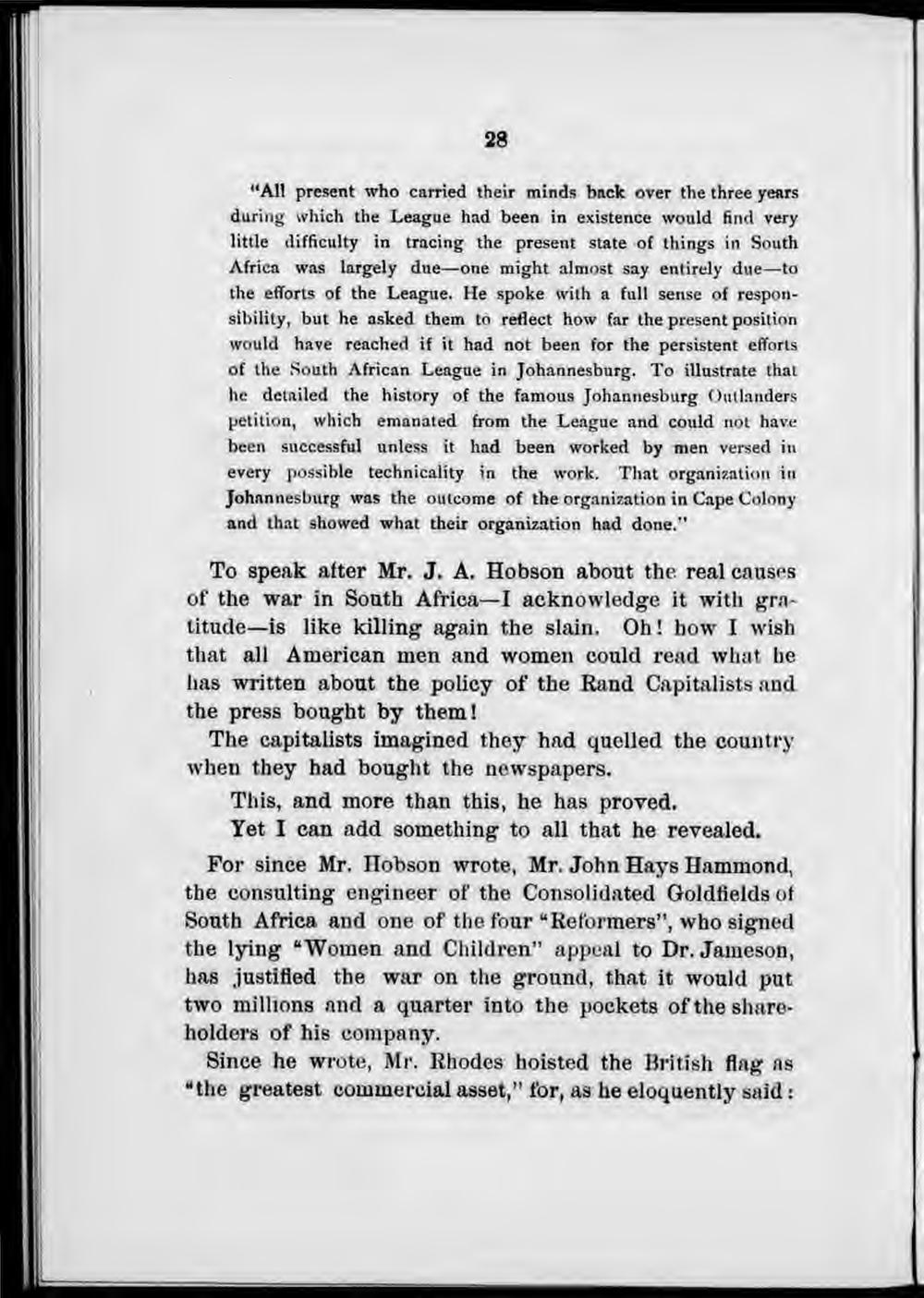 "All present who carried their minds back over the three years during which the League had been in existence would find very little difficulty in tracing the present state of things in South Africa was largely due—one might almost say entirely due—to the efforts of the League. He spoke with a full sense of responsibility, but he asked them to reflect how far the present position would have reached if it had not been for the persistent efforts of the South African League in Johannesburg. To illustrate that he detailed the history of the famous Johannesburg Outlanders petition, which emanated from the League and could not have been successful unless it had been worked by men versed in every possible technicality in the work. That organization in Johannesburg was the outcome of the organization in Cape Colony and that showed what their organization had done."

To speak after Mr. J. A. Hobson about the real causws of the war in South Africa—I acknowledge it with gratitude—is like killing again the slain. Oh! how I wish that all American men and women could read what he has written about the policy of the Rand Capitalists and the press bought by them!

The capitalists imagined they had quelled the country when they had bought the newspapers.

This, and more than this, he has proved.

Yet I can add something to all that he revealed.

For since Mr. Hobson wrote, Mr. John Hays Hammond, the consulting engineer of the Consolidated Goldfields of South Africa and one of the four "Reformers", who signed the lying "Women and Children" appeal to Dr. Jameson, has justifled the war on the ground, that it would put two milhons and a quarter into the pockets oftheshareholders of his company.

Since he wrote, Mr. Rhodes hoisted the British flag as "the greatest commercial asset," for, as he eloquently said: