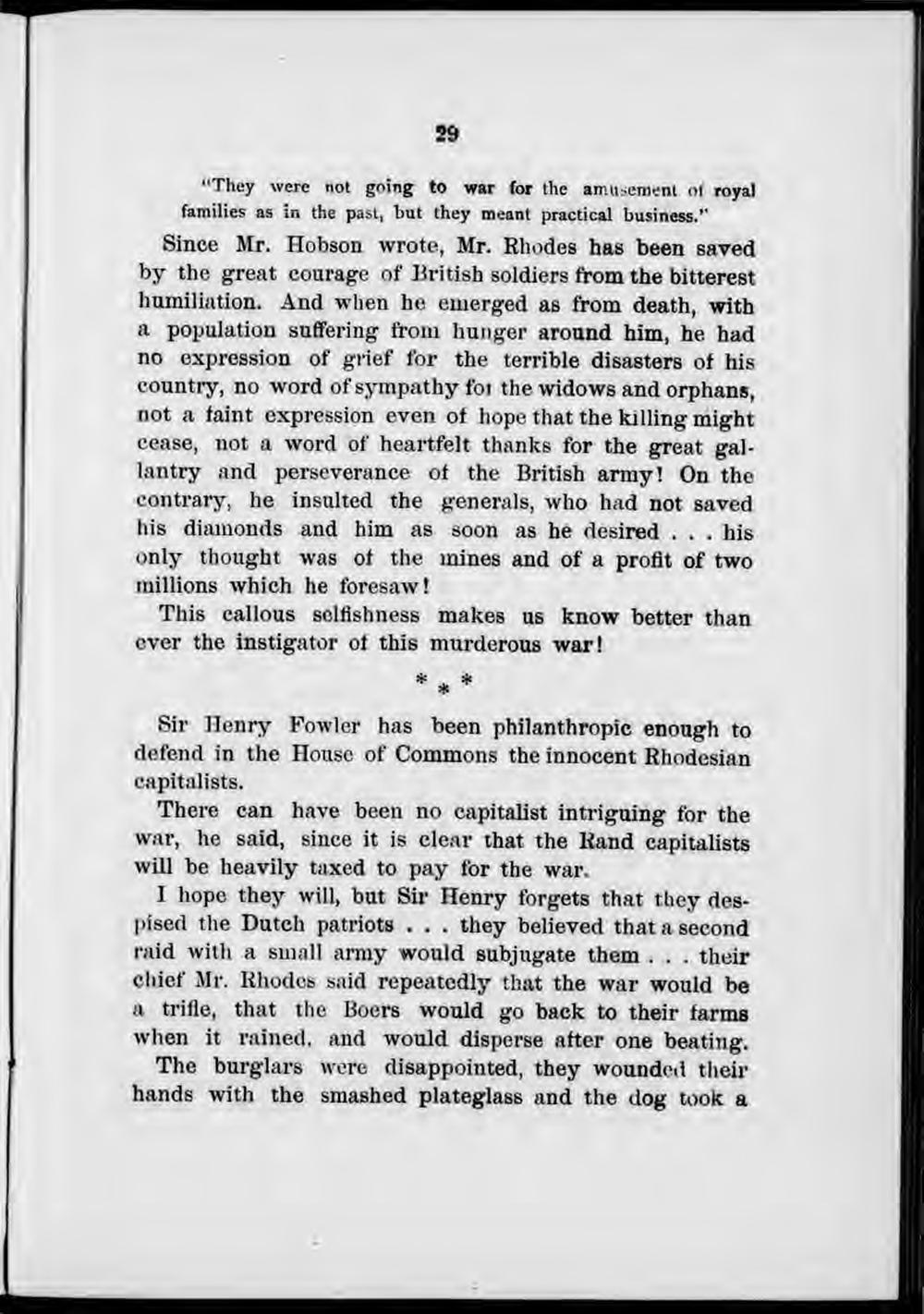 "They were not going to war for the amusement of royal families as in the past, but they meant practical business.''

Since Mr. Hobson wrote, Mr. Rhodes has been saved by the great courage of British soldiers from the bitterest humiliation. And when he emerged as from death, with a population suffering from hunger around him, he had no expression of grief for the terrible disasters of his country, no word of sympathy foi the widows and orphans, not a faint expression even of hope that the killing might cease, not a word of heartfelt thanks for the great gallantry and perseverance of the British army! On the contrary, he insulted the generals, who had not saved his diamonds and him as soon as he desired ... his only thought was of the mines and of a profït of two millions which he foresaw!

This callous selfishness makes us know better than ever the instigator of this murderous war!

Sir Ilenry Fowlcr has been philanthropic enough to defend in the House of Commons the innocent Rhodesian capitalists.

There can have been no capitalist intriguing for the war, he said, since it is clear that the Rand capitalists will be heavily taxed to pay for the war.

I hope they will, but Sir Henry forgets that they despised the Dutch patriots . . . they believed thatasecond raid with a small army would subjugate them . . . their chief Mr. lihodes said repeatedly that the war would be a triile, that the Boers would go back to their farms when it rained, and would disperse after one beating.

The burglars were disappointed, they woundetl their hands with the smashed plateglass and the dog took a