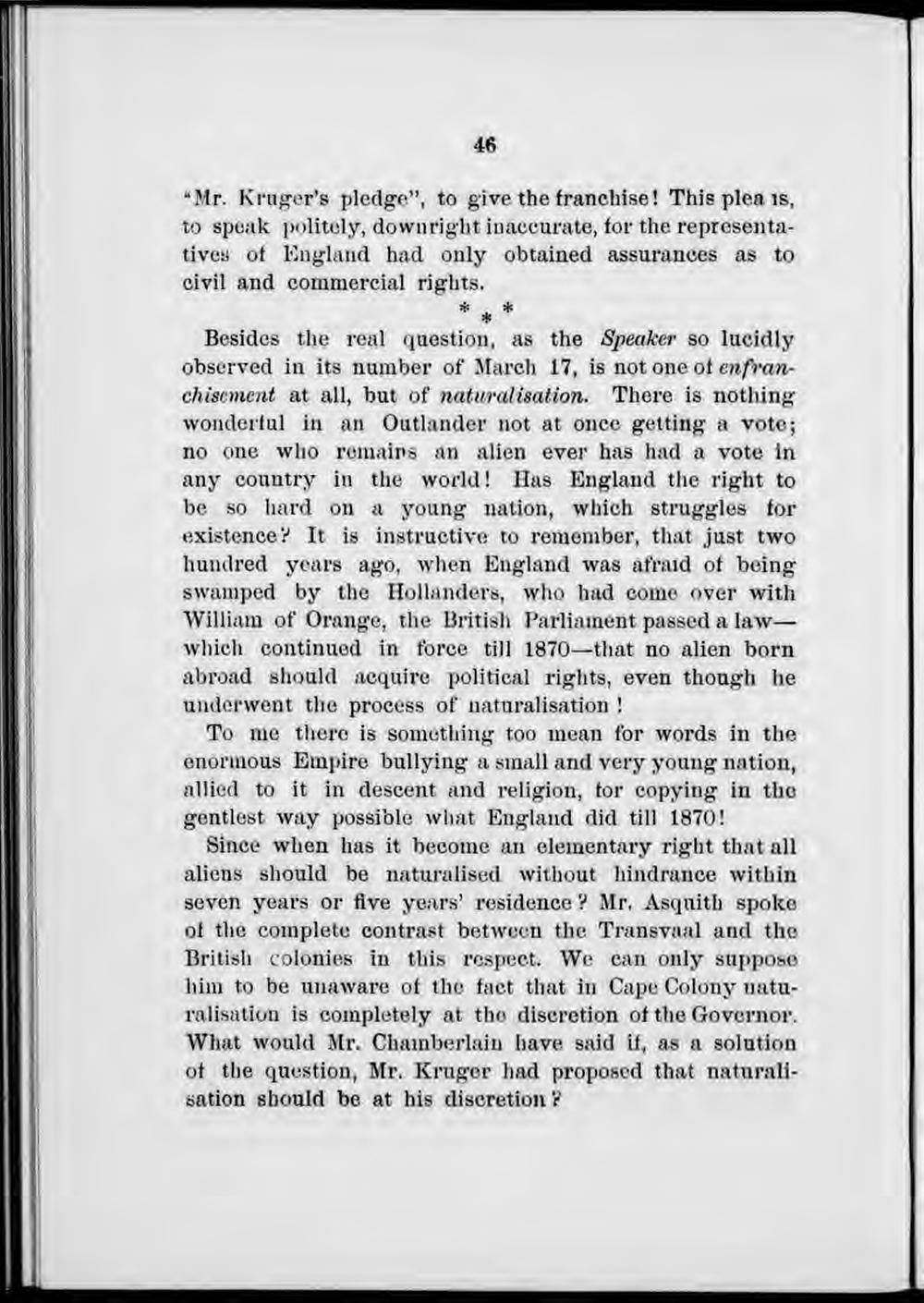 "Mr. Kruger's pledge", to give the franchise! This plea is, to speak politely, dowuright inaccurate, for the representativea of Eugland had only obtained assurances as to

Besides the real question, as the Speaker so lucidly observed in its number of March 17, is not one of enfranchisement at all, but of naturalisation. There is nothing wonderful in an Outlander not at once getting a vote; no one who remains an alien ever has had a vote in any country in the world! Has England the right to be so hard on a young nation, which struggles for existence? It is instructive to remember, that just two hundred years ago, when England was afraid of being swamped by the Hollanders, who had come over with William of Orange, the British Parliament passed a law— which continued in force till 1870—that no alien born abroad should acquire political rights, even though lie underwent the process of naturalisation !

To me there is something too mean for words in the enormous Empire bullying a small and very young nation, allicd to it in descent and religion, for copying in the gentlest way possi'ole wliat England did till 1870!

Since when has it become an elementary right that all aliens should be naturalised without hindrance within seven years or five years' residence ? Mr. Asquith spoke of the complete contrast between the Transvaal and the British colonies in this respect. We can only suppose him to be unaware of the fact that in Cape Colony naturalisation is coinpletely at the discretion of the Governor. What would Mr. Chamberlain have said if, as a solution of the question, Mr. Kruger had proposed that naturalisation should be at his discretion V