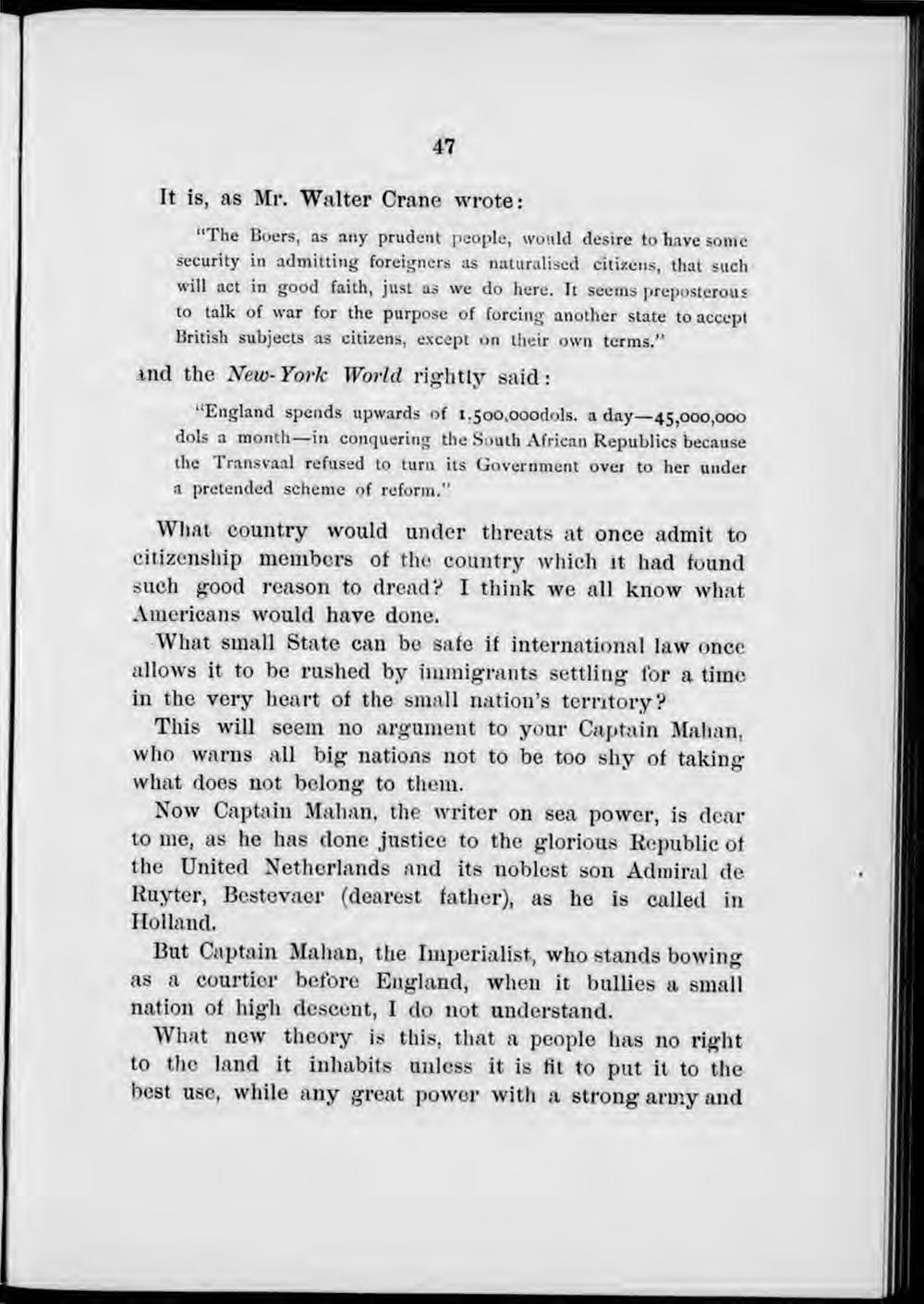 It is, as Mr. Walter Crane wrote:

"The Boers, as any prudent people, wonld desire to have some security in admitting foreigners as naturalised citizens, that such will act in good faith, just as we do here. It seems preposterous to talk of war for the purpose of forcing another state to accept British subjects as citizens, except on their own terms."

"England spends upwards of i;5oo,ooodols. a day—45,000,000 dols a month—in conquering the South African Republics because the Transvaal refused to turn its Government over to her under a pretended scheme of reform."

Wh at country would under threats at once admit to citizenship mombers of the country which it had found such good reason to dread? I think we all know what Americans would have done.

What small State can be safe if international law once allows it to be rushed by immigrants settling for a time in the very heart of the small nation's territory?

This will seem no argument to your Captain Mahan, who warns all big nations not to be too shy of taking what does not belong to them.

Now Captain Mahan, the writer on sea power, is dear to me, as he has done justice to the glorious Eepublic of the United Netherlands and its noblest son Adrairal de Ruyter, Bestevaer (dearest father), as he is called in Holland.

But Captain Mahan, the Imperialist, who stands bowing as a courtier before England, when it bullies a small nation of high descent, I do not understand.

What new theory is this, that a people has no right to the land it inhabits unless it is fit to put it to the best usc, while any great power with a strong army and