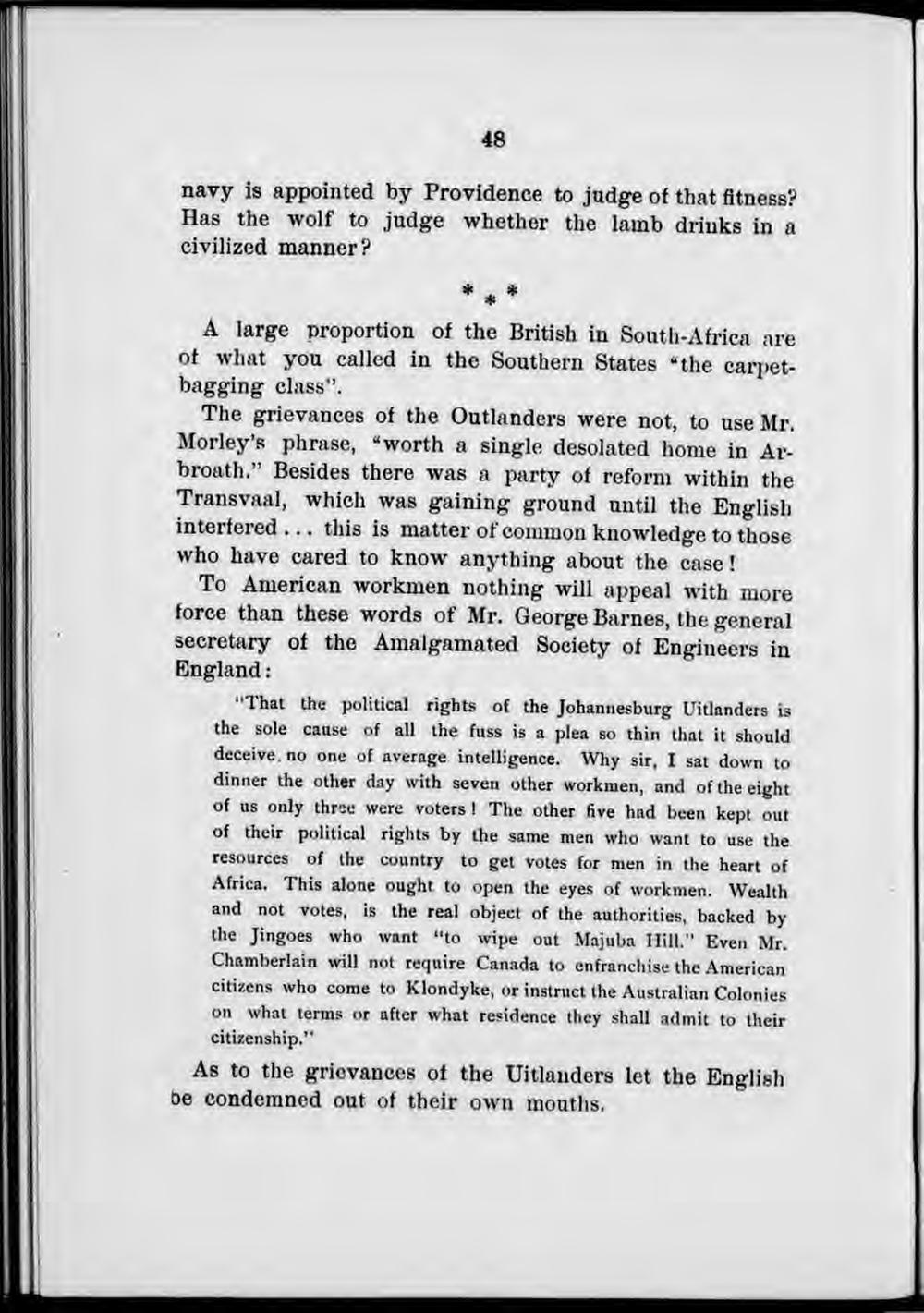 navy is appointed by Providence to judge of that fitness? Has the wolf to judge whether the lamb driuks in a civilized manner?

A large proportion of the British in South-Africa are of what you called in the Southern States "the carpetbagging class".

The grievances of the Outlanders were not, to use Mr. Morley's phrase, "worth a single desolated home in Arbroath." Besides there was a party of reform within the Transvaal, which was gaining ground until the English interfered ... this is matter of common knowledge to those who have cared to know anything about the case!

To American workmen nothing will appeal with more force than these words of Mr. George Barnes, the general secretary of the Amalgamated Society of Engineers in England:

"That the political rights of the Johannesburg Uitlanders is the sole cause of all the fuss is a plea so thin that it should deceive.no one of average intelligence. Why sir, I sat down to dinner the other day with seven other workmen, and oftheeight of us only three were voters! The other five had been kept out of their political rights by the same men who want to use the resources of the country to get votes for men in the heart of Africa. This alone ought to open the eyes of workmen. Wealth and not votes, is the real object of the authorities, backed by the Jingoes who want "to wipe out Majuba Hill." Even Mr. Chamberlain will not require Canada to enfranchise the American citizens who come to Klondyke, or instruct the Australian Colonies on what terms or after what residence they shall admit to their citizenship."

As to the grievances of the Uitlanders let the English be condemned out of their own mouths.