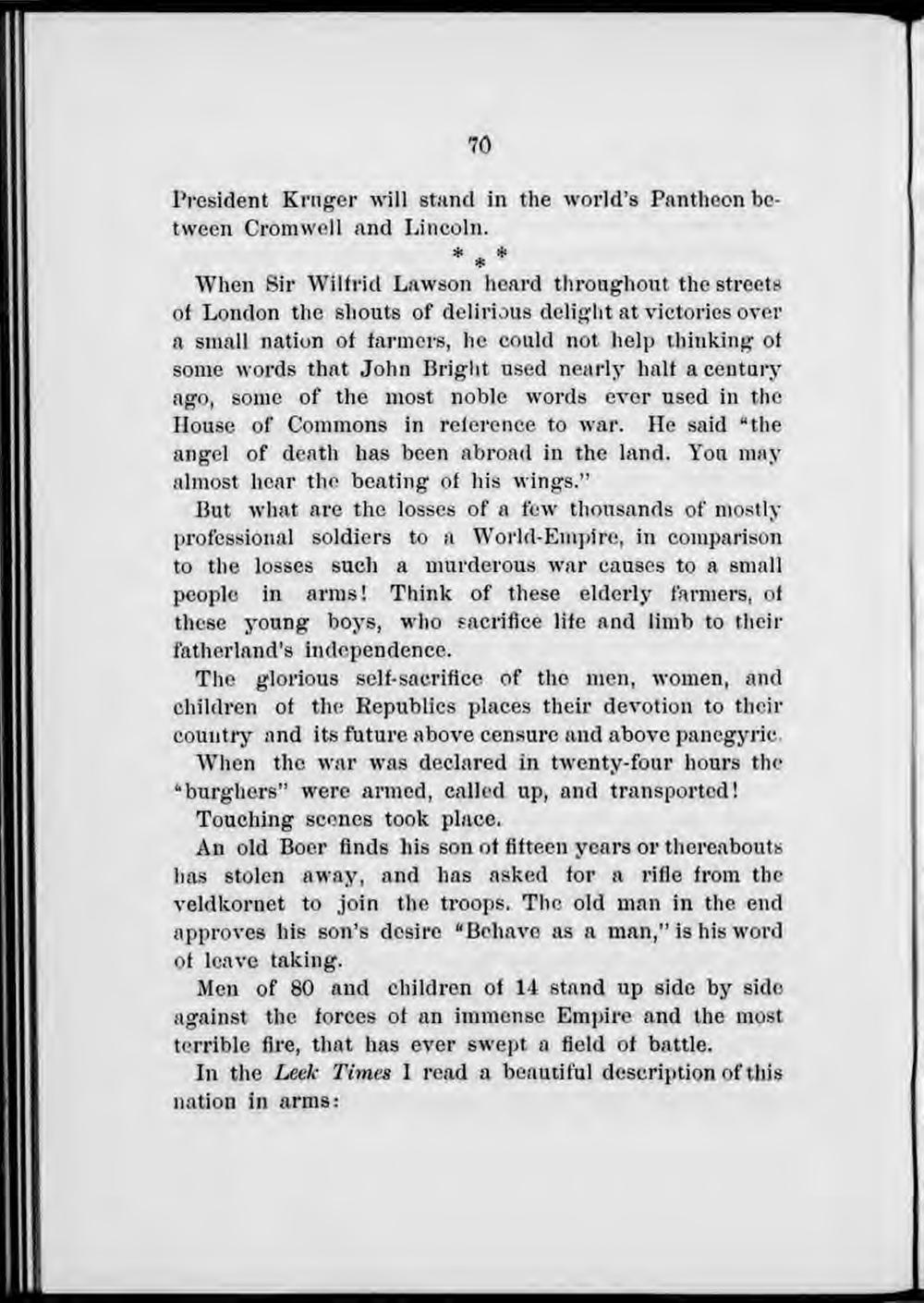 President Kroger will stand in the world's Pantheon be-

When Sir Wilfrid Lawson heard throughout the streets of London the shouts of delirious delight at victories over a small nation of farmers, he could not help thinking of some words tliat John Bright used nearly half a century ago, some of the most noble words ever used in the House of Commons in reference to war. He said "the angel of death has been abroad in the land. You may almost hear the beating of his wings."

But what are the losses of a few thonsands of mostly professional soldiers to a World-Empire, in comparison to the losses such a murderous war causes to a small people in arms! Think of these elderly farmers, of these young boys, who sacrifice life and limb to their fatherland's independence.

The glorious self-sacrifice of the men, women, and children of the Republics places their devotion to their country and its future above censure and above panegyric.

When the war was declared in twenty-four hours the 'burghers" were armed, called up, and transported!

An old Boer flnds his son of fifteen years or thereabouts has stolen away, and has asked for a rifle from the veldkornet to join the troops. The old man in the end approves his son's desire "Behave as a man," is his word of leave taking.

Men of 80 and children of 14 stand up side by side against the forces of an immense Empire and the most terrible flre, that has ever swept a field of battle.

In the Leek Times I read a beautiful description of tliis nation in arms: