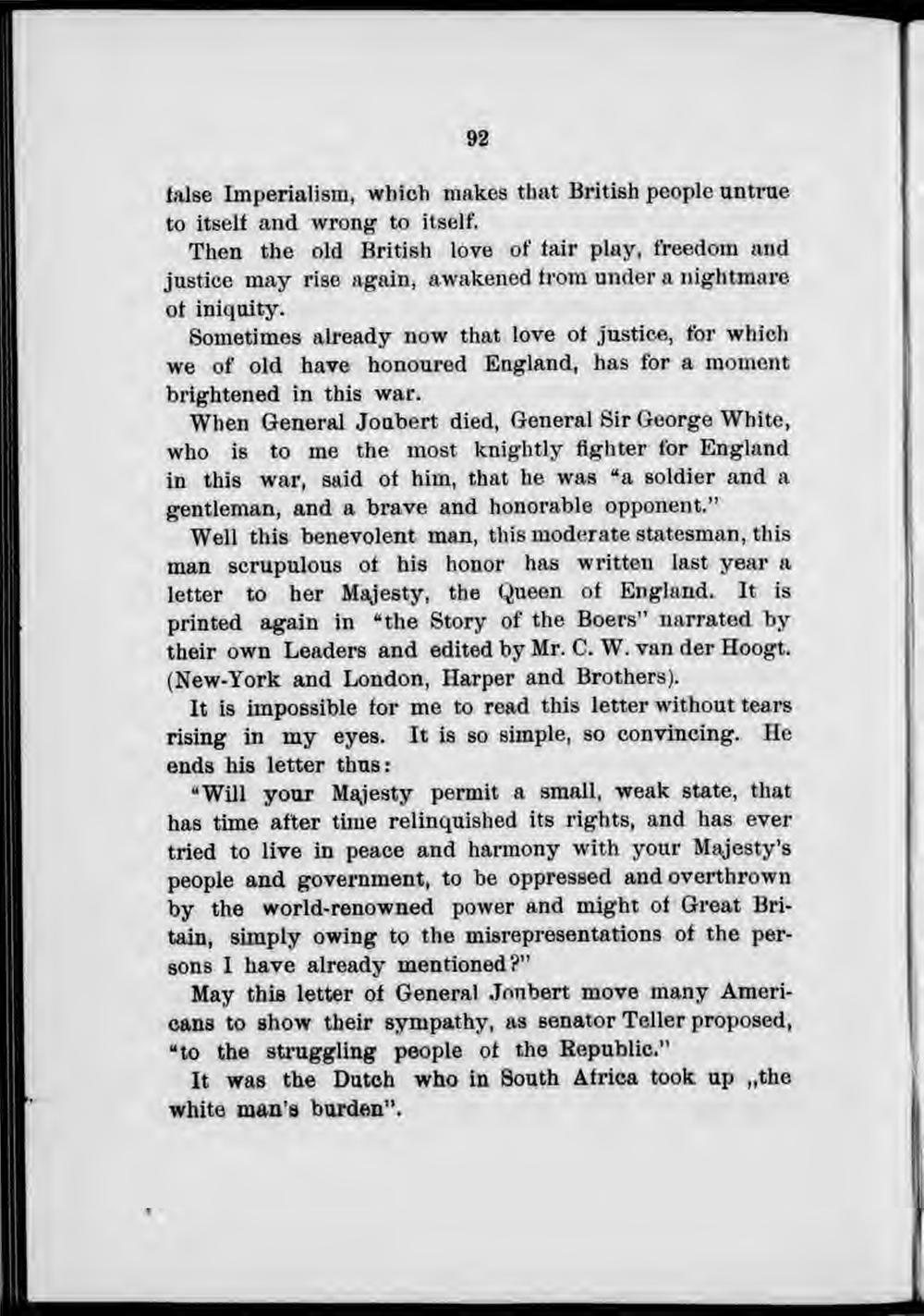 false Imperialism, which makes that British people untrue to itself and wrong to itself.

Then the old British love of tair play, freedom and justice may rise again, awakened trom under a nightmare of iniquity.

Sometimes already now that love of justice, for which we of old have honoured England, has for a moment brightened in this war.

When General Joubert died, General Sir George White, who is to me the most knightly fighter for England in this war, said of him, that he was "a soldier and a gentleman, and a brave and honorable opponent."

Well this benevolent man, this moderate statesman, this man scrupulous of his honor has written last year a letter to her Majesty, the Queen of England. It is printed again in "the Story of the Boers" narrated by their own Leaders and edited by Mr. C. W. van der Hoogt. (New-York and London, Iïarper and Brothers).

It is impossible for me to read this letter without tears rising in my eyes. It is so simple, so convincing. He ends his letter thus:

"Will your Majesty permit a small, weak state, that has time after time relinquished its rights, and has ever tried to live in peace and harmony with your Majesty's people and government, to be oppressed and overthrown by the world-renowned power and might of Great Britain, simply owing to the misrepresentations of the persons I have already mentioned?"

May this letter of General Joubert move many Americans to show their sympathy, as senator Teller proposed, "to the struggling people of the Republic."

It was the Dutch who in South Africa took up „the white man's burden".