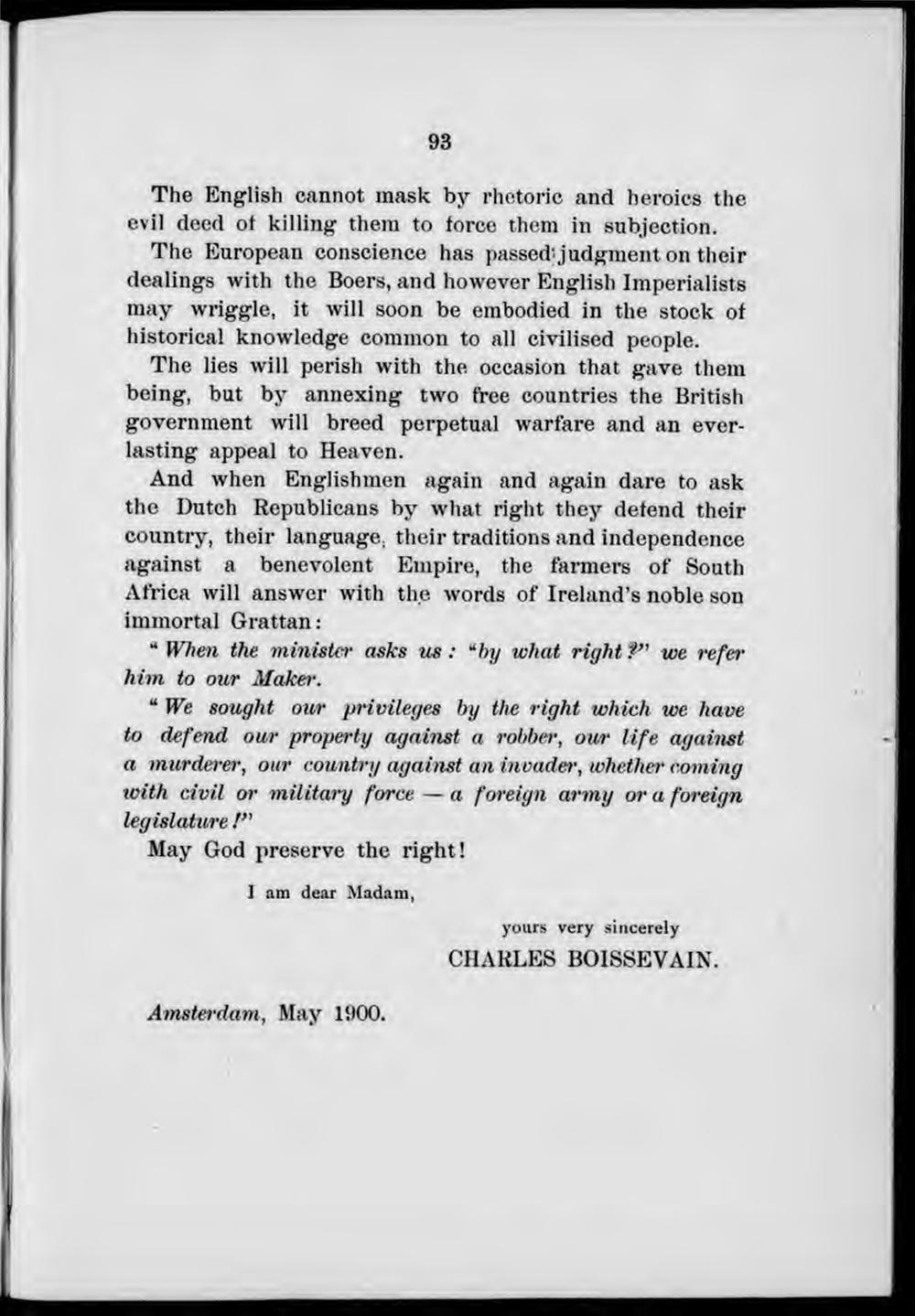 The English cannot mask by rhctoric and heroics the evil deed of killing them to force them in subjection.

The European conscience has passed' judgment on their dealings with the Boers, and however English Imperialists may wriggle, it will soon be embodied in the stock of historical knowledge common to all civilised people.

The lies will perish with the occasion that gave them being, but by annexing two free countries the British government will breed perpetual warfare and an everlasting appeal to Heaven.

And when Englishmen again and again dare to ask the Dutch Republicans by what right they defend their country, their language. their traditions and independence against a benevolent Empire, the farmers of South Africa will answer with the words of Ireland's noble son immortal Grattan:

" When the minister asks us : "by what right V we refer him to our Maker.

" We sought our privileges by the right which we have to defend our property against a robber, our life against a murderer, our country against an invader, whether coming with civil or military force — a foreign army or a foreign legislature !"

May God preserve the right!

I am dear Madam,