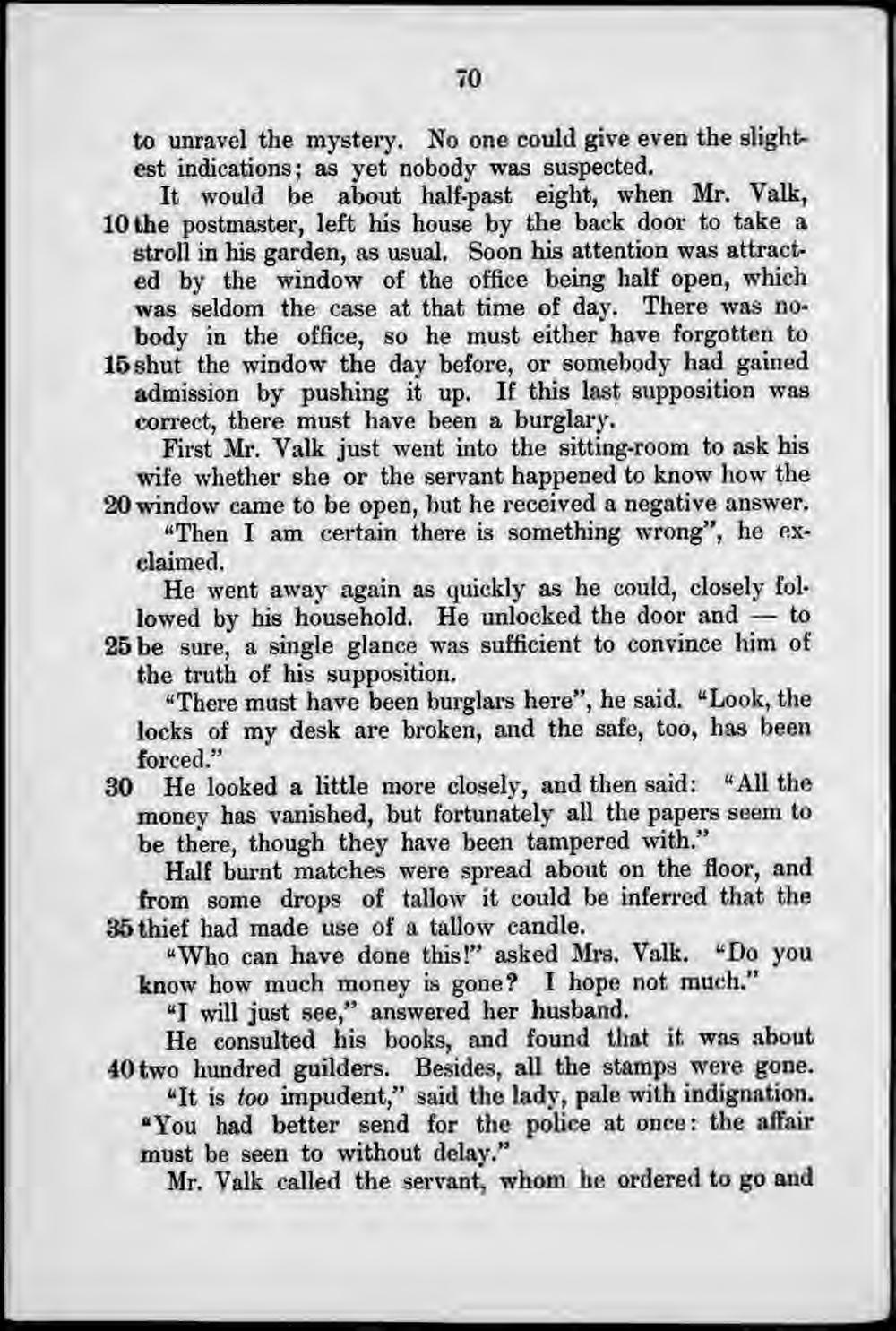 to unravel the mystery. No one could give even the slightest indications; as yet nobody was suspected.

It would be about half-past eight, when Mr. Valk, 10 the postmaster, left his house by the back door to take a stroll in his garden, as usual. Soon his attention was attracted by the window of the office being half open, which was seldom the case at that time of day. There was nobody in the office, so he must either have forgotten to 15shut the window the day before, or somebody had gained admission by pushing it up. If this last supposition was correct, there must have been a burglary.

First Mr. Valk just went into the sitting-room to ask his wife whether she or the servant happened to know how the 20 window came to be open, but he received a negative answer.

"Then I am certain there is something wrong", he exclaimed.

He went avvay again as quickly as he could, closely followed by his household. He unlocked the door and — to 25 be sure, a single glance was sufficiënt to convince him of the truth of his supposition.

"There must have been burglars here", he said. "Look, the locks of my desk are broken, and the safe, too, has been forced."

30 He looked a little more closely, and then said: "All the money has vanished, but fortunately all the papers seem to be there, though they have been tampered with."

Half burnt matches were spread about on the floor, and from some drops of tallow it could be inferred that the 35thief had made use of a tallow candle.

"Who can have done this!" asked Mrs. Valk. "Do you know how much money is gone? I hope not much."

"I will just see," answered her husband.

He consulted his books, and found that it was about 40two hundred guilders. Besides, all the stamps were gone.

"It is too impudent," said the lady, pale with indignation. "You had better send for the police at once: the affair must be seen to without delay."

Mr. Valk called the servant, whom he ordered to go and