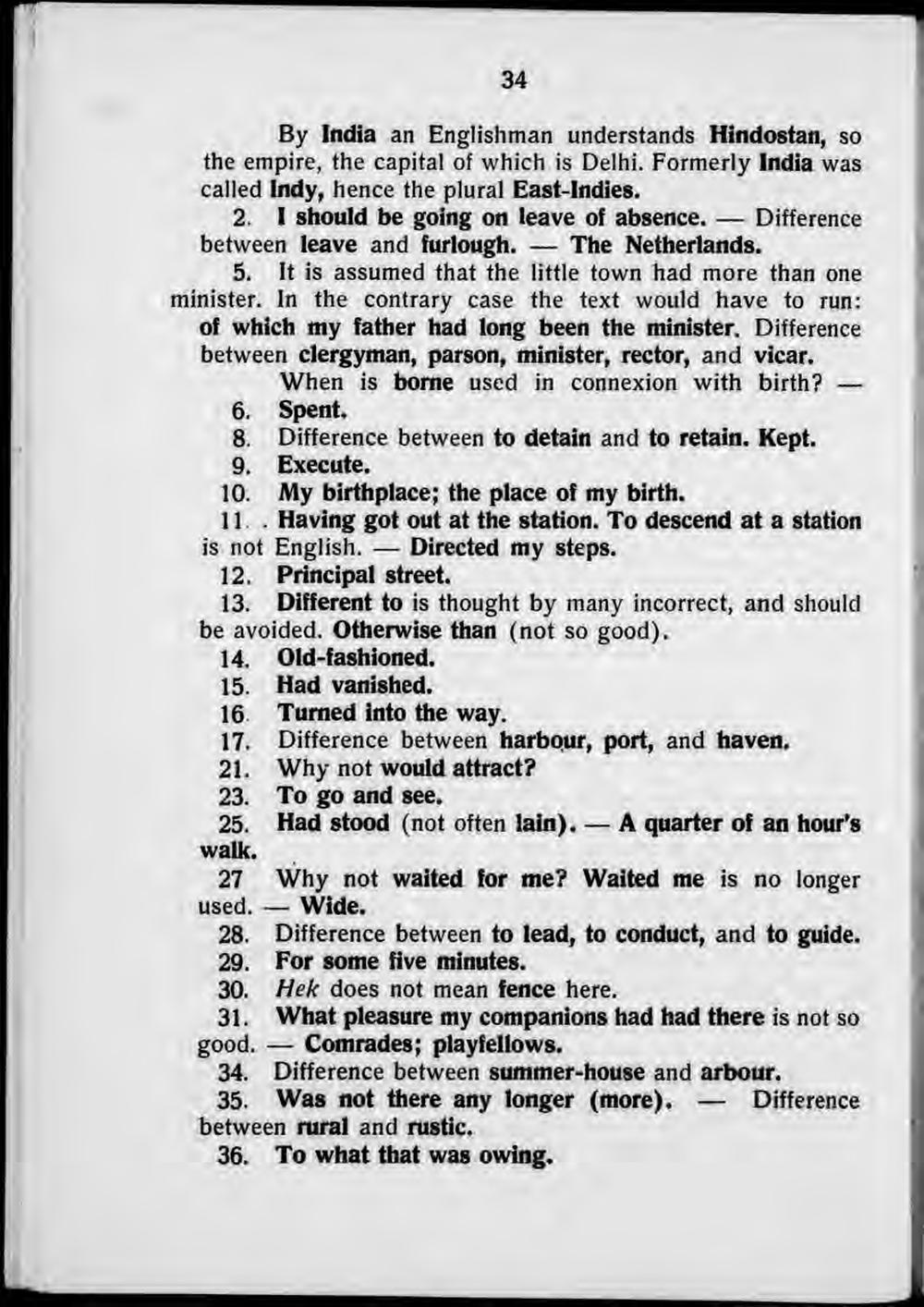 By India an Englishman understands Hindostan, so the empire, the capital of which is Delhi. Formerly India was called Indy, hence the plural East-Indies.

2. I should be going on leave of absence. — Difference between leave and furlough. — The Netherlands.

5. It is assumed that the little town had more than one minister. In the contrary case the text would have to run:

of which my father had long been the minister. Difference between clergyman, parson, minister, rector, and vicar.

When is borne used in connexion with birth? —

8. Difference between to detain and to retain. Kept.

10. My birthplace; the place of my birth.

11. Having got out at the station. To descend at a station is not English. — Directed my steps.

13. Different to is thought by many incorrect, and should be avoided. Otherwise than (not so good).

17. Difference between harbour, port, and haven.

28. Difference between to lead, to conduct, and to guide.

31. What pleasure my companions had had there is not so good. — Comrades; playfellows.

34. Difference between summer-house and arbour.

35. Was not there any longer (more). — Difference between rural and rustic.