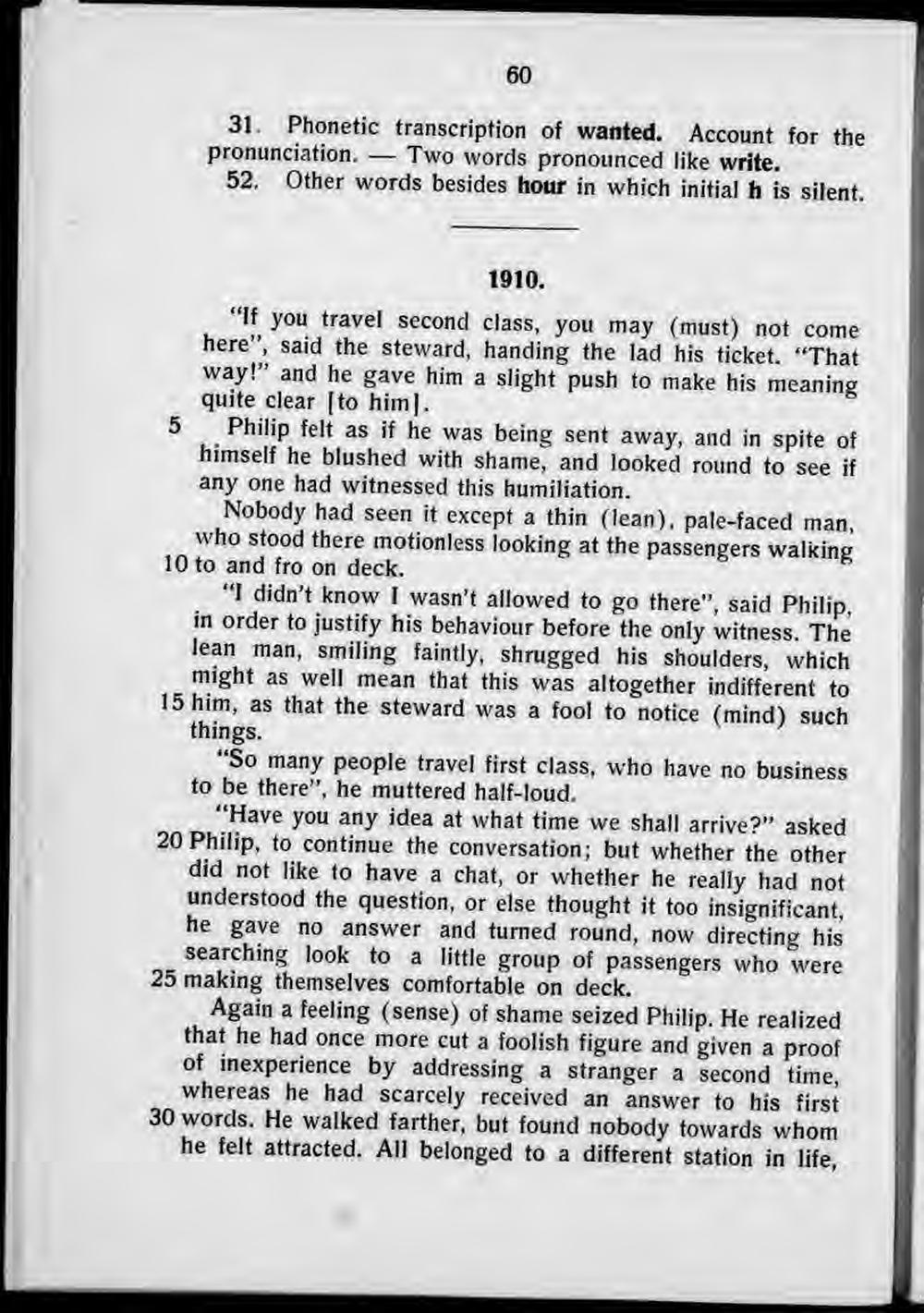 31. Phonetic transcription of wanted. Account for the pronunciation. — Two words pronounced like write. 52. Other words besides hour in which initial h is silent.

"If you travel second class, you may (must) not come here , said the steward, handing the lad his ticket. "That way!" and he gave him a slight push to make his meaning quite clear [to him],

5 Philip feit as if he was being sent away, and in spite of himself he blushed with shame, and looked round to see if any one had witnessed this humiliation.

Nobody had seen it except a thin (lean), pale-faced man who stood there motionless looking at the passengers walkine 10 to and fro on deck.

"I didn't know I wasn't allowed to go there", said Philip, in order to justify his behaviour before the only witness. The lean man, smiling faintly, shrugged his shoulders, which might as well mean that this was altogether indifferent to 15 him, as that the steward was a fooi to notice (mind) such things.

"So many people travel first class, who have no business to be there", he muttered half-Ioud.

"Have you any idea at what time we shall arrivé?" asked 20 Philip, to continue the conversation; but whether the other did not like to have a chat, or whether he really had not understood the question, or else thought it too insignificant, he gave no answer and turned round, now directing his searching look to a little group of passengers who were 25 making themselves comfortable on deck.

Again a feeling (sense) of shame seized Philip. He realized that he had once more cut a foolish figure and given a proof of inexperience by addressing a stranger a second time, whereas he had scarcely received an answer to his first 30 words. He walked farther, but found nobody towards whom he feit attracted. AI1 belonged to a different station in life,