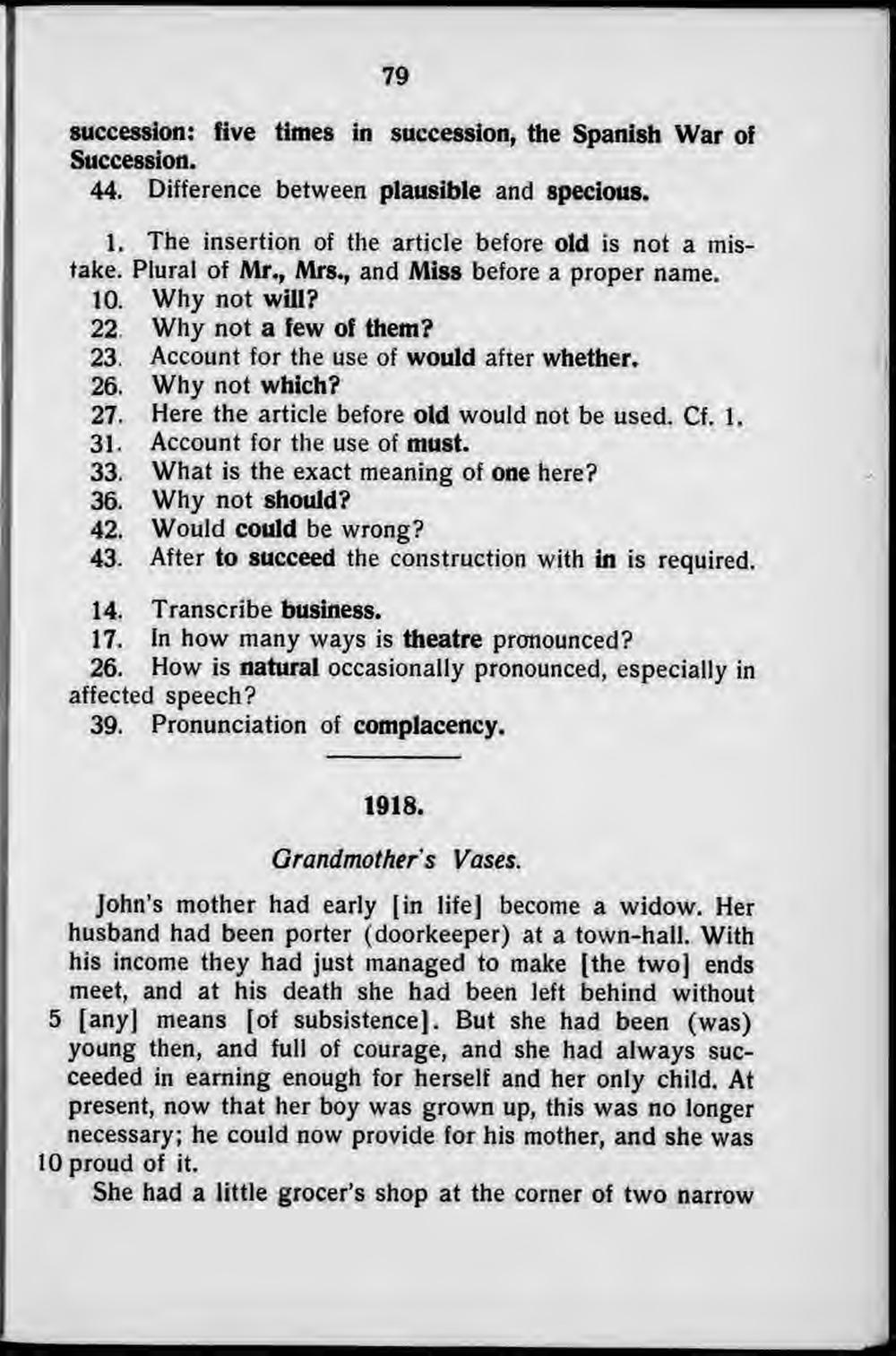 succession: five times in succession, the Spanish War of Succession.

44. Difference between plausible and specious.

1. The insertion of the article before old is not a mistake. Plural of Mr., Mrs., and Miss before a proper name.

33. What is the exact meaning of one here?

43. After to succeed the construction with in is required.

17. In how many ways is theatre pronounced? 26. How is natural occasionally pronounced, especially in affected speech?

John's mother had early [in Iife] become a widow. Her husband had been porter (doorkeeper) at a town-hall. With his income they had just managed to make [the two] ends meet, and at his death she had been left behind without 5 [any] means [of subsistence]. But she had been (was) young then, and full of courage, and she had always succeeded in earning enough for herself and her only child. At present, now that her boy was grown up, this was no longer necessary; he could now provide for his mother, and she was 10 proud of it.