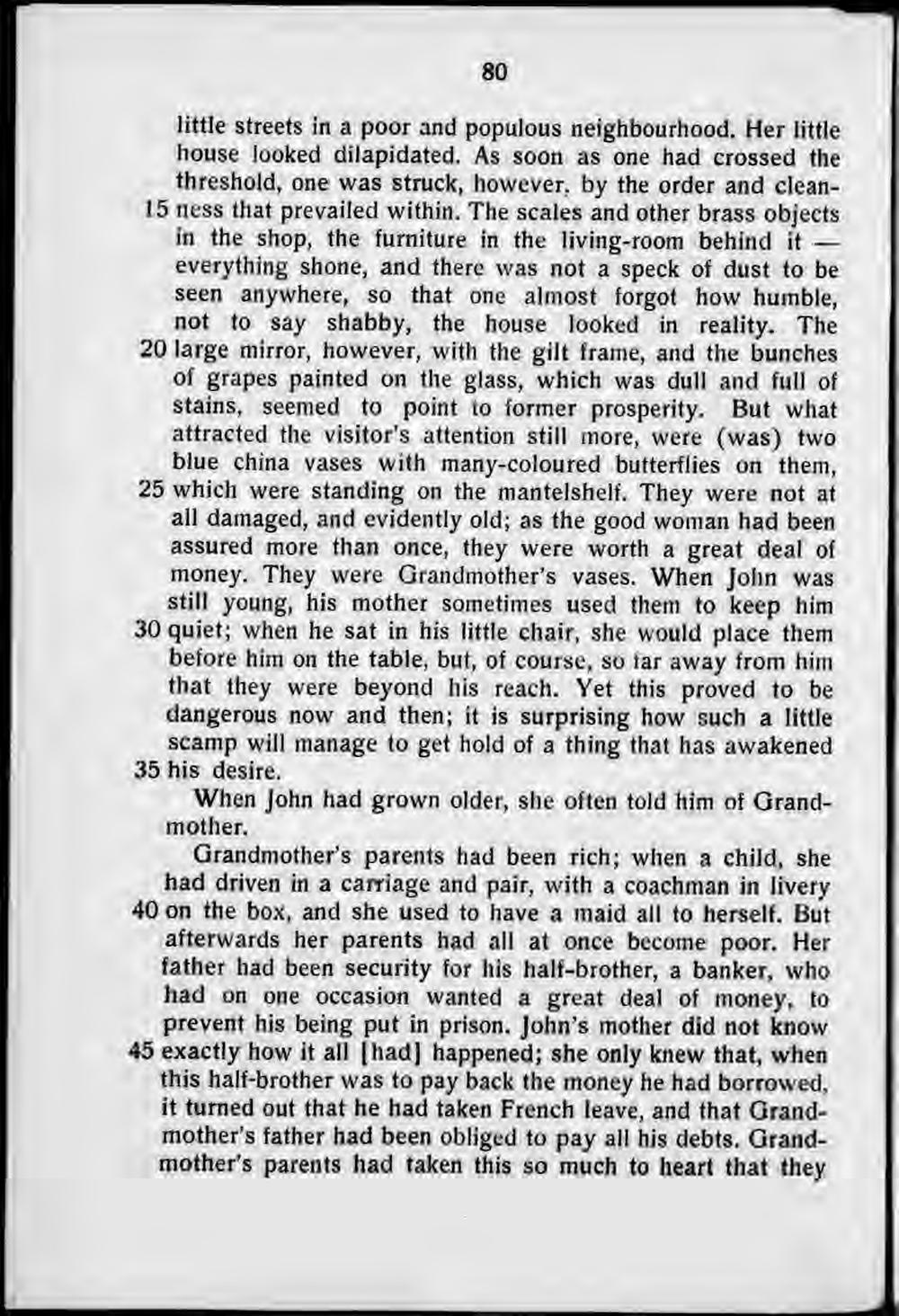 little streets in a poor and populous neighbourhood. Her little house iooked dilapidated. As soon as one had crossed the threshold, one was struck, however, by the order and clean15 ness that prevailed within. The scales and other brass objects in the shop, the furniture in the living-room behind it — everything shone, and there was not a speek of dust to be seen anywhere, so that one almost forgot how humble, not to say shabby, the house looked in reality. The 20 large mirror, however, with the gilt frame, and the bunches of grapes painted on the glass, which was dull and full of stains, seemed to point to former prosperity. But what attracted the visitor's attention still more, were (was) two blue china vases with many-coloured butterflies on them, 25 which were standing on the mantelshelf. They were not at all damaged, and evidently old; as the good woman had been assured more than once, they were worth a great deal of money. They were Grandmother's vases. When John was still young, his mother sometimes used them to keep him 30 quiet; when he sat in his little chair, she would place them before him on the table, but, of course, so far away from him that they were beyond his reach. Yet this proved to be dangerous now and then; it is surprising how such a little scamp will manage to get hold of a thing that has awakened 35 his desire.

When John had grown older, she often told him of Grandmother.

Grandmother's parents had been rich; when a child, she had driven in a carriage and pair, with a coachman in Iivery 40 on the box, and she used to have a maid all to herself. But afterwards her parents had all at once become poor. Her father had been security for his half-brother, a banker, who had on one occasion wanted a great deal of money, to prevent his being put in prison. John's mother did not know 45 exactly how it all [had] happened; she only knew that, when this half-brother was to pay back the money he had borrowed, it turned out that he had taken French leave, and that Grandmother's father had been obliged to pay all his debts. Grandmother's parents had taken this so much to heart that they