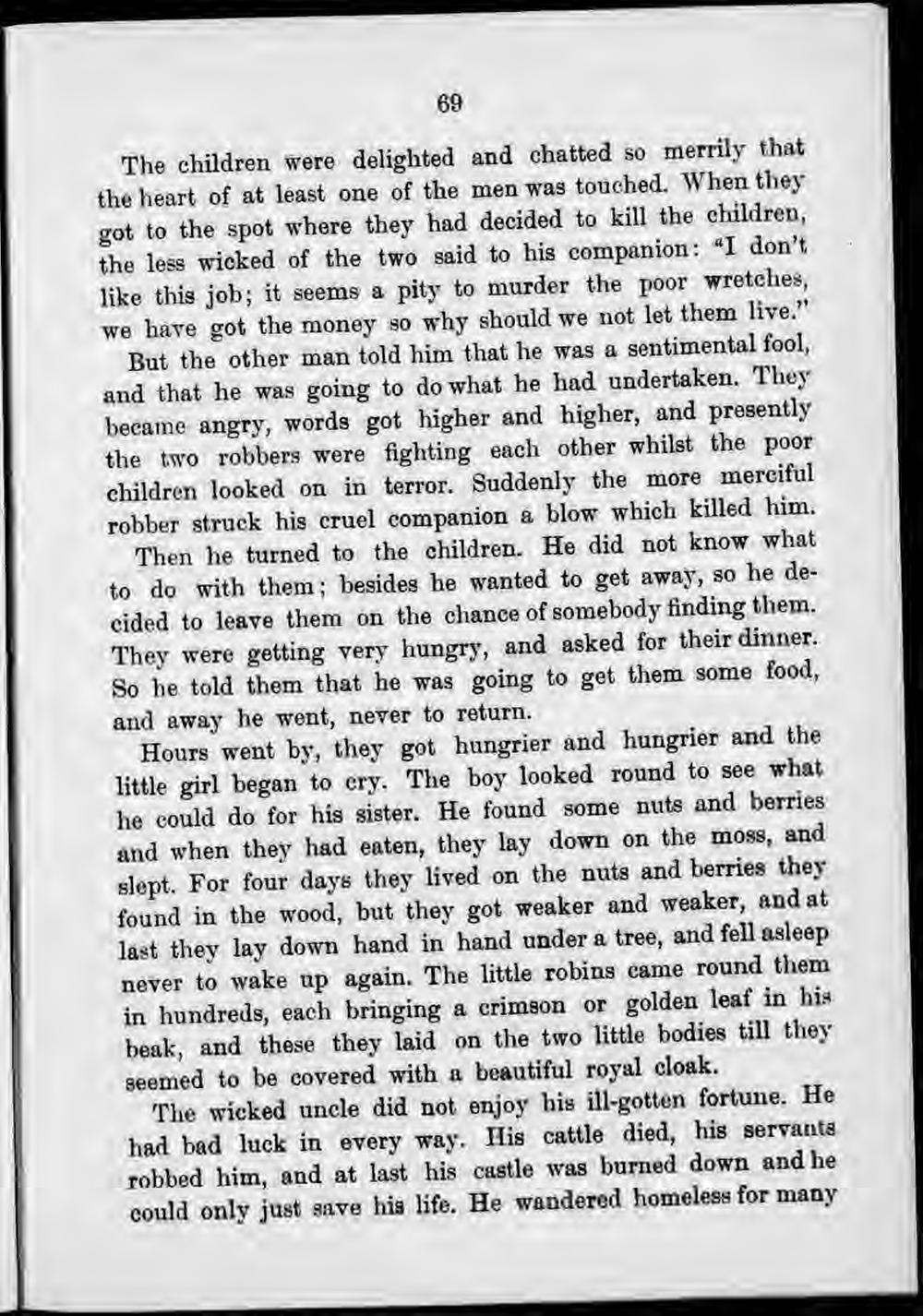 The children were delighted and chatted so merril\ that the heart of at least one of the men was touched. When they cr0t to the spot where they had decided to kill the children, the less wicked of the two said to his companion: «I don t like this job; it seems a pity to murder the poor wretches, we have got the money so why should we not let them ïve.

But the other man told him that he was a sentimental tooi, and that he was going to dowhat he had undertaken. They became angry, words got higher and higher, and presently the two robbers were fighting each other whilst the poor children looked on in terror. Suddenly the more merciful robber struck his cruel companion a blow which killed hun.

Then he turned to the children. He did not know what to do with them; besides he wanted to get away, so he decided to leave them on the chance of somebody findmg them. They were getting very hungry, and asked for their dmner. So he told them that he was going to get them some food,

and away he went, never to return.

Hours went by, they got hungrier and hungner and the little girl began to cry. The boy looked round to see what he could do for his sister. He found some nuts and berries and when they had eaten, they lay down on the moss, and slept For four days they lived on the nuts and berries t ej found in the wood, but they got weaker and weaker and at last they lay down hand in hand under a tree, and feil asleep never to wake up again. The little robins came round them in hundreds, each bringing a crimson or golden leaf in his beak, and these they laid on the two little bodies till they seemed to be covered with a beautiful royal cloak.

The wicked uncle did not enjoy his ill-gotten fortune. He had bad luck in every way. His cattle died, his servants robbed him, and at last his castle was burned down andhe could only just save his life. He wandered homeless for many