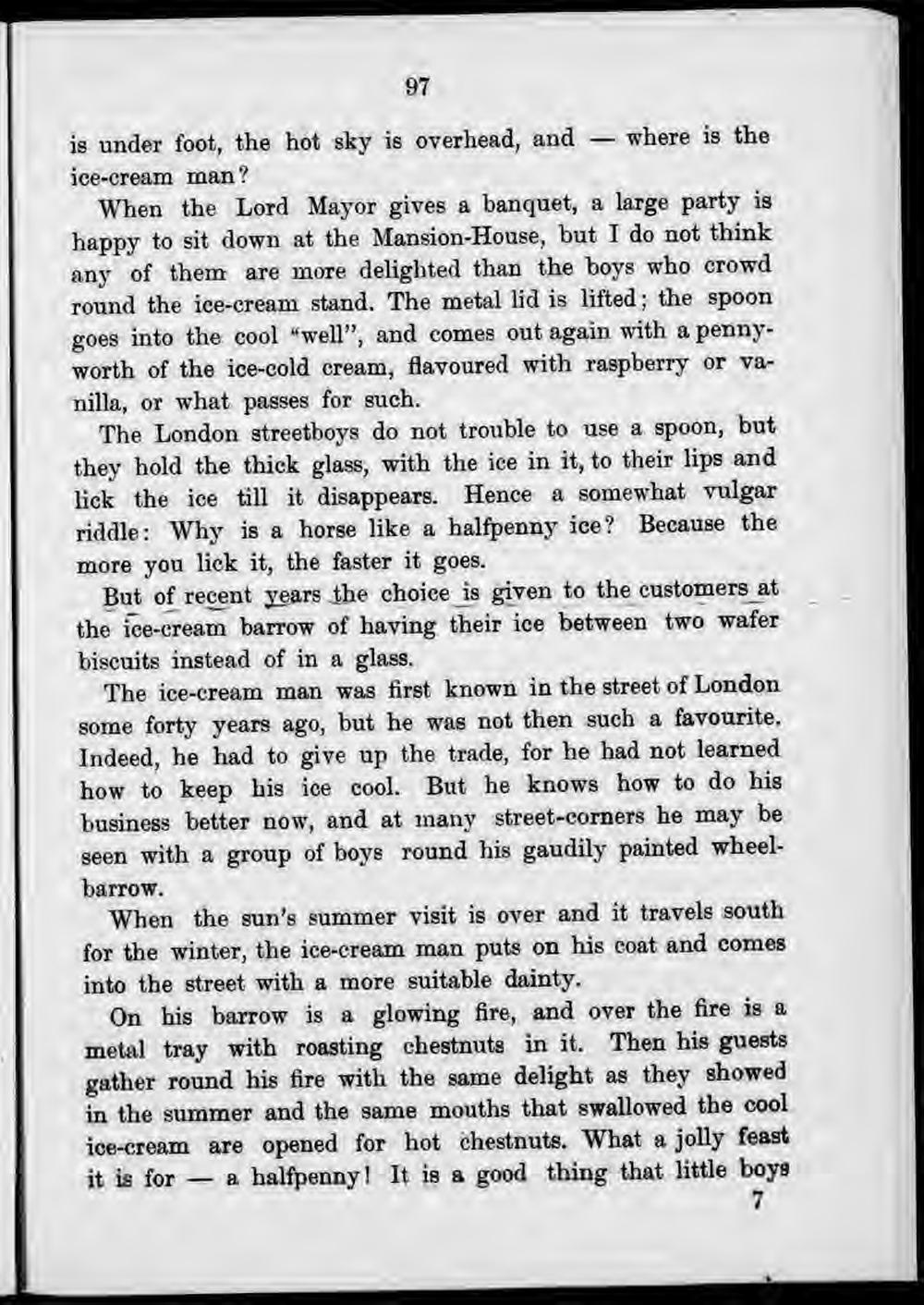 is under foot, the hot sky is overhead, and — where is the

When the Lord Mayor gives a banquet, a large party is happy to sit down at the Mansion-House, but I do not think any of them are more delighted than the boys who crowd round the ice-cream stand. The metal lid is lifted; the spoon goes into the cool "well", and comes out again with a pennyworth of the ice-cold cream, flavoured with raspberry or vanilla, or what passes for such.

The London streetboys do not trouble to use a spoon, but they hold the thick glass, with the ice in it, to their lips and lick the ice till it disappears. Hence a somewhat vulgar riddle: Why is a horse like a halfpenny ice? Because the more you lick it, the faster it goes.

But of recent years the choice _is given to the customers_at the ice-cream barrow of ha ving their ice between two waf er biscuits instead of in a glass.

The ice-cream man was first known in the street of London some forty years ago, but he was not then such a favourite. Indeed, he had to give up the trade, for he had not leamed how to keep his ice cool. But he knows how to do his business better now, and at many street-corners he may be seen with a group of boys round his gaudily painted wheelbarrow.

When the sun's summer visit is over and it travels south for the winter, the ice-cream man puts on his coat and comes into the street with a more suitable dainty.

On his barrow is a glowing fire, and over the fire is a metal tray with roasting chestnuts in it. Then his guests gather round his fire with the same delight as they showed in the summer and the same mouths that swallowed the cool ice-cream are opened for hot chestnuts. What a jolly feast it is for — a halfpenny! It is a good thing that little boys