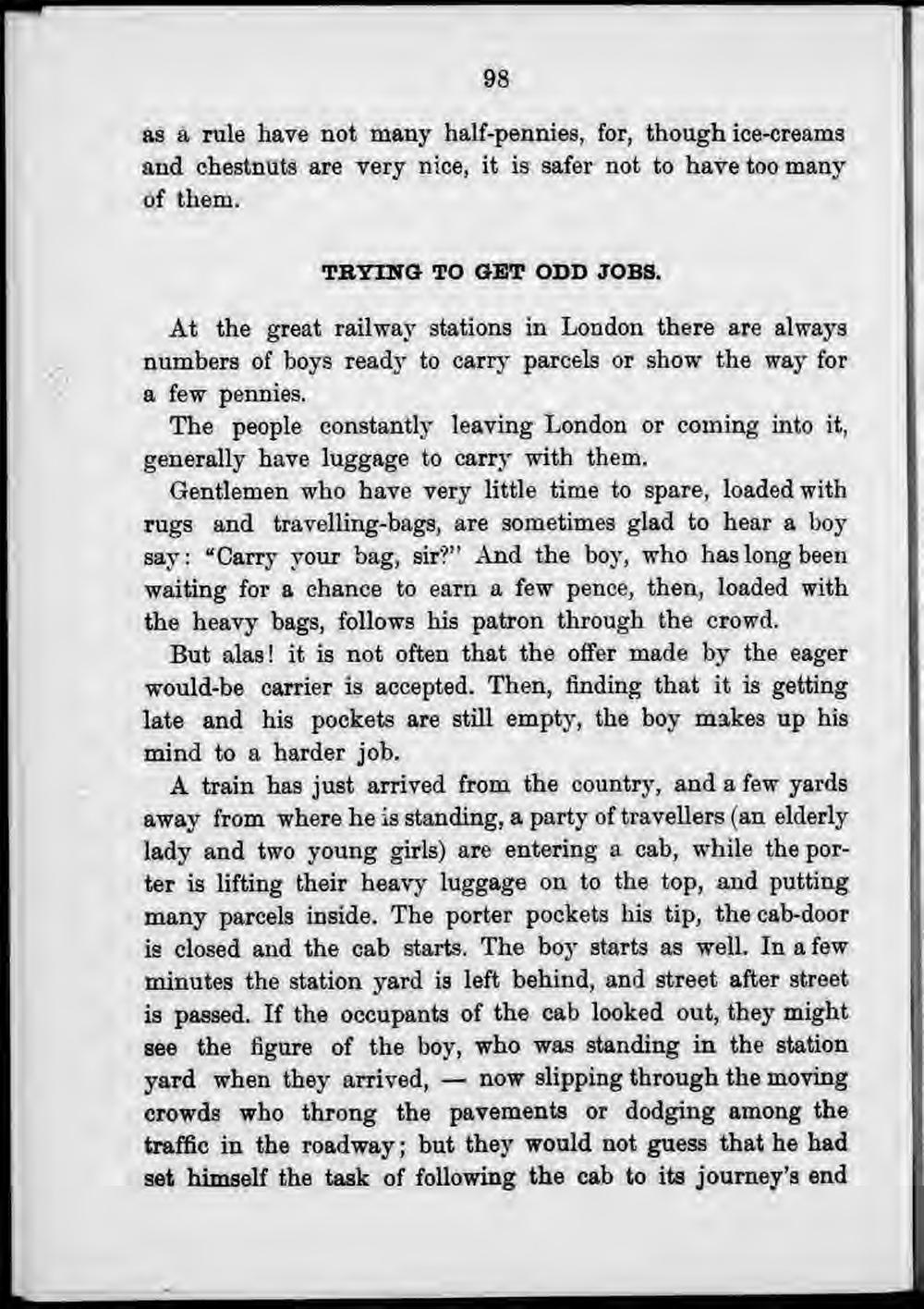 as a rule have not many half-pennies, for, though ice-creams and chestnuts are very nice, it is safer not to have too many of them.

TB YING TO GET ODD JOBS.

At the great railwav stations in London there are always numbers of boys ready to carry parcels or show the way for a few pennies.

The people constantly leaving London or coming into it, generally have luggage to carry with them.

Gentlemen who have very little time to spare, loaded with rugs and travelling-bags, are sometimes glad to hear a boy say: "Carry your bag, sir?" And the boy, who has long been waiting for a chance to earn a few pence, then, loaded with the heavy bags, follows his patron through the crowd.

But alas! it is not often that the offer made by the eager would-be carrier is accepted. Then, finding that it is getting late and his pockets are still empty, the boy makes up his mind to a harder job.

A train has just arrived from the country, and a few yards away from where he is standing, a party of travellers (an elderly lady and two young girls) are entering a cab, while the porter is lifting their heavy luggage on to the top, and putting many parcels inside. The porter pockets his tip, the cab-door is closed and the cab starts. The boy starts as well. In a few minutes the station yard is left behind, and street after street is passed. If the occupants of the cab looked out, they might see the figure of the boy, who was standing in the station yard when they arrived, — now slipping through the moving crowds who throng the pavements or dodging among the traffic in the roadway; but they would not guess that he had set himself the task of foliowing the cab to its journey's end