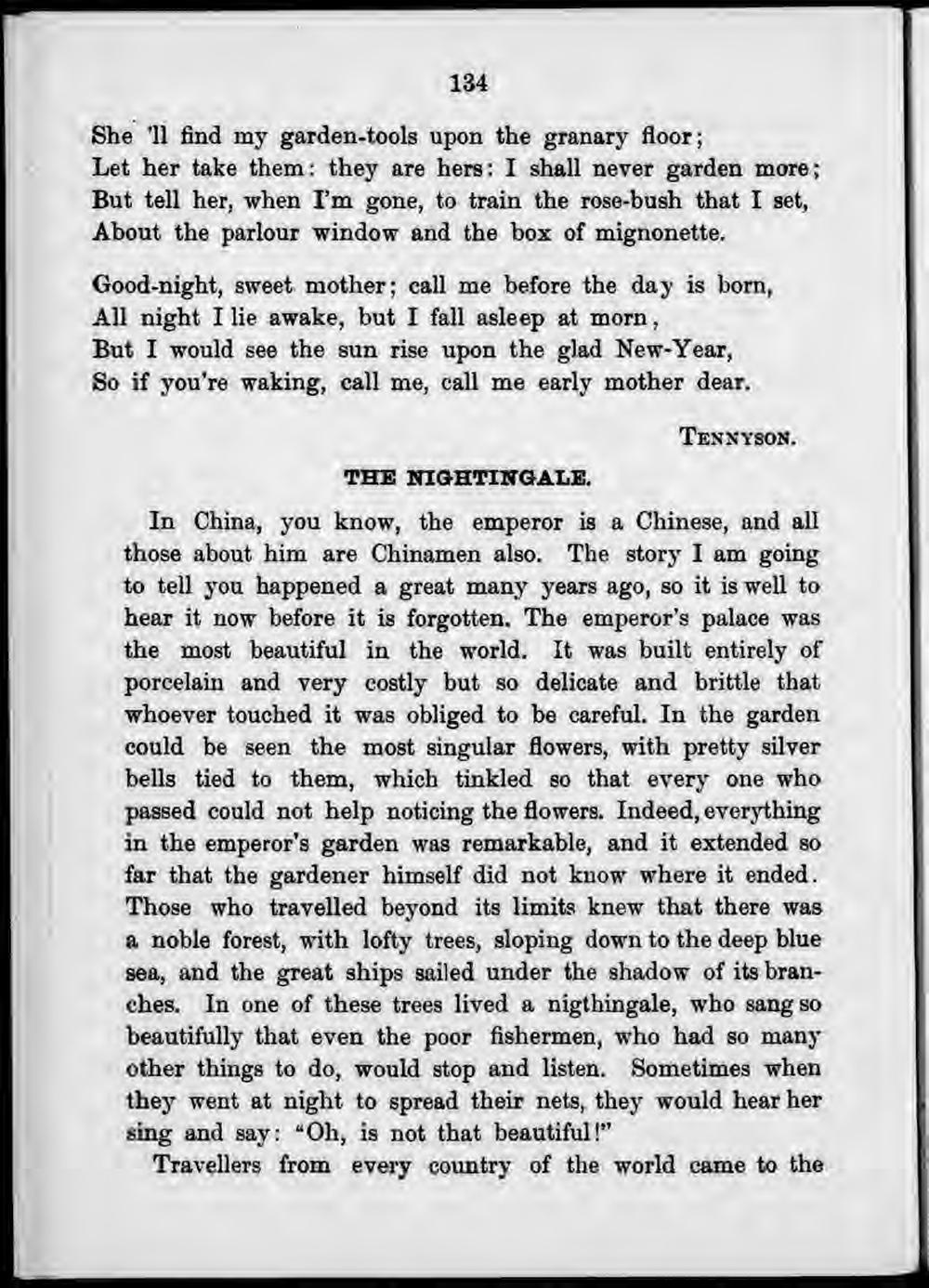 She '11 find my garden-tools upon the granary floor;

Let her take them: they are hers: I shall never garden more; But teil her, when I'm gone, to train the rose-bush that I set, About the parlour window and the box of mignonette.

Good-night, sweet mother; call me before the day is born, All night I lie awake, but I fall asleep at morn,

But I would see the sun rise upon the glad New-Year,

So if you're waking, call me, call me early mother dear.

In China, you know, the emperor is a Chinese, and all those about him are Chinamen also. The story I am going to teil you happened a great many years ago, so it is well to hear it now before it is forgotten. The emperor's palace was the most beautiful in the world. It was built entirely of porcelain and very costly but so delicate and brittle that whoever touched it was obliged to be careful. In the garden could be seen the most singular flowers, with pretty silver bells tied to them, which tinkled so that every one who passed could not help noticing the flowers. Indeed, everything in the emperor's garden was remarkable, and it extended so far that the gardener himself did not know where it ended. Those who travelled beyond its limits knew that there was a noble forest, with lofty trees, sloping down to the deep blue sea, and the great ships sailed under the shadow of its branches. In one of these trees lived a nigthingale, who sangso beautifully that even the poor fishermen, who had so many other things to do, would stop and listen. Sometimes when they went at night to spread their nets, they would hear her sing and say: "Oh, is not that beautiful!"

Travellers from every country of the world came to the