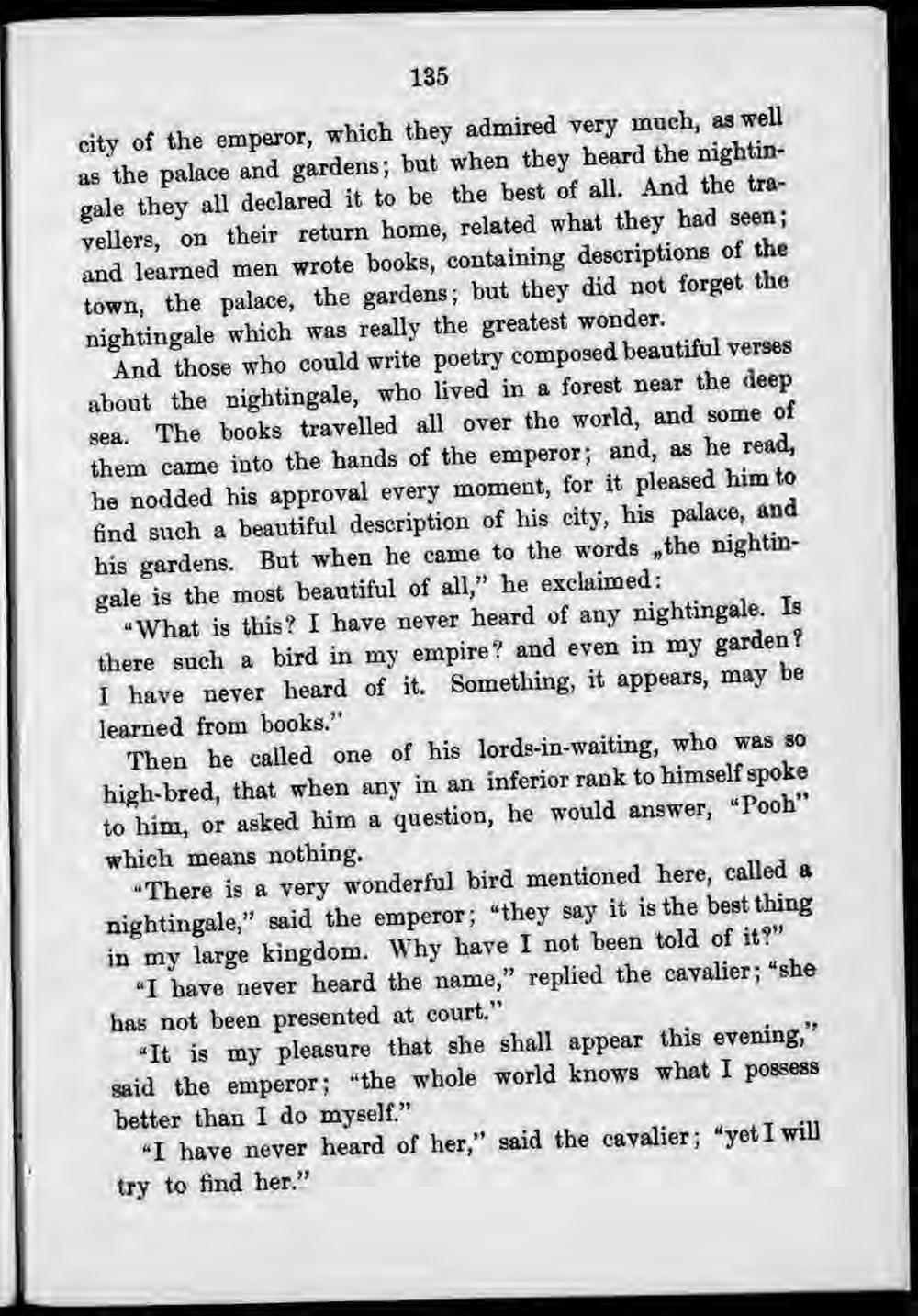 city of the emperor, which they admired very much, as well as the palace and gardens; hut when the,heardthe mghmoale they all declared it to be the hest of al). And the tra vellers, on theii return home, related what t ey a seen^ and leamed men wrote hooks, contaimng descnp bon. o he town, the palaee, the gardens; bnt they dri not forget the nightingale which was reallv the greatest won "•

And those who oonld write poetry composed beautiful verses

about the nightingale, who lived in a forest_near^the deep sea. The books travelled all over the world and some of them came into the hands of the emperor; and as he rea£ he nodded bis approval every moment, for it pleased tam find such a heantiful description of tas city, tas patece >. his gardens. But when he came to the words „the ng gale is the most heantiful of all," he exclaimed:

Then he called one of his lords-in-waitmg who was so high-bred, that when any in an inferior rank to himself spo to him, or asked him a question, he would answer, Pooh

«There is a very wonderful bird mentioned here, called

nightingale," said the emperor; "they say it isthe bestthing

in my large kingdom. Why have I not been told of it.

«I have never heard the name," replied the cavalier; she

has not been presented at court." . „

"It is my pleasure that she shall appear this evenmg, said the emperor; "the whole world knows what I possess better than I do myself."

"I have never heard of her," said the cavalier, ye try to find her."