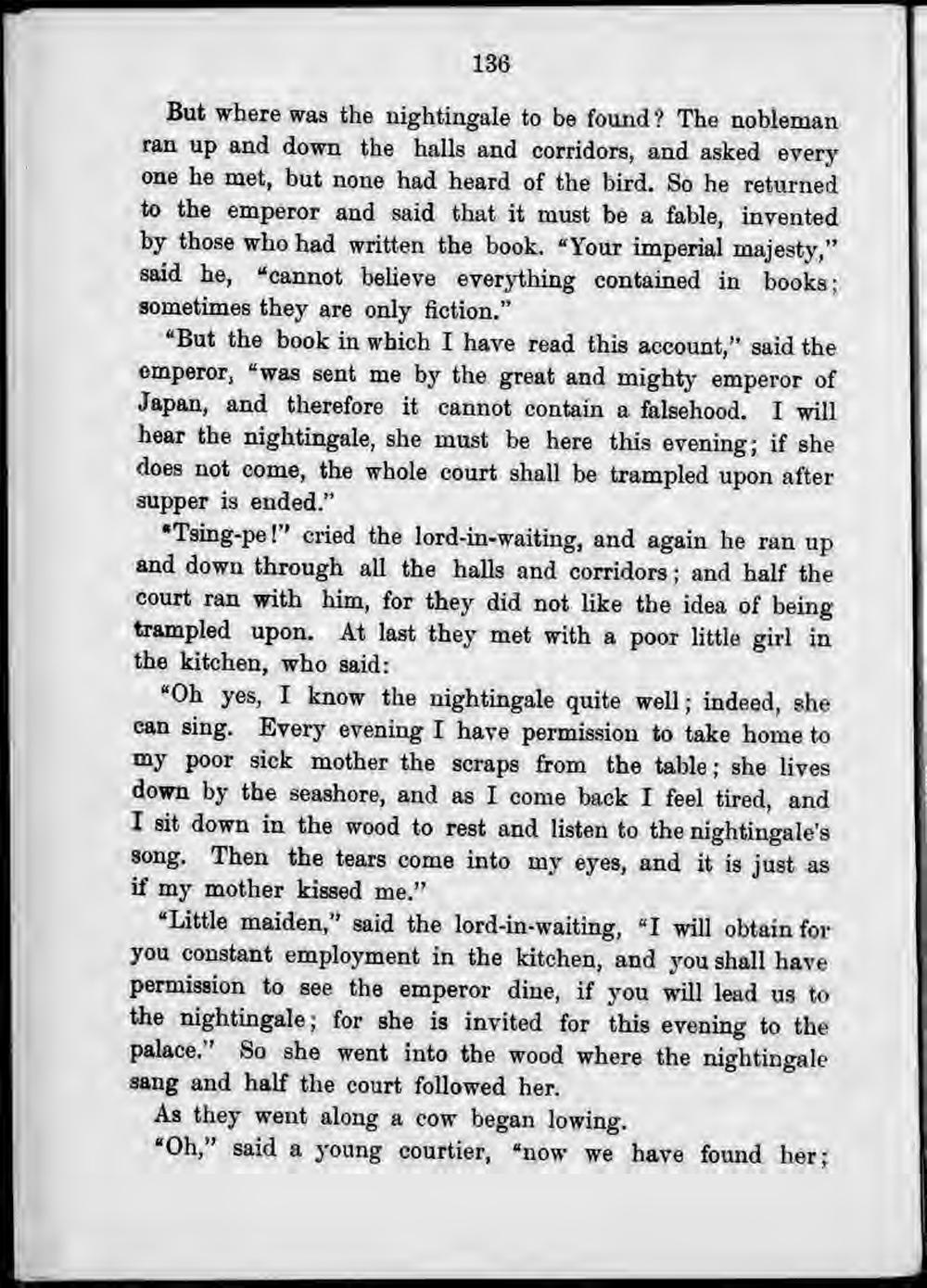 But where was the nightingale to be found ? The nobleman ran up and down the halls and corridors, and asked every one he met, but none had heard of the bird. So he returned to the emperor and said that it must be a fable, invented by those who had written the book. "Your imperial majesty," said he, "cannot believe everything contained in books; sometimes they are only fiction."

"But the book in which I have read this account," said the emperor, "was sent me by the great and mighty emperor of Japan, and therefore it cannot contain a falsehood. I will hear the nightingale, she must be here this evening; if she does not come, the whole court shall be trampled upon after supper is ended."

"Tsing-pe!" cried the lord-in-waiting, and again he ran up and down through all the halls and corridors; and half the court ran with him, for they did not like the idea of being trampled upon. At last they met with a poor little girl in the kitchen, who said:

"Oh yes, I know the nightingale quite well; indeed, she can sing. Every evening I have permission to take home to my poor sick mother the scraps from the table; she lives down by the seashore, and as I come back I feel tired, and I sit down in the wood to rest and listen to the nightingale's song. Then the tears come into my eyes, and it is just as if my mother kissed me."

"Little maiden," said the lord-in-waiting, "I will obtain for y°u constant employment in the kitchen, and you shall have permission to see the emperor dine, if you will lead us to the nightingale; for she is invited for this evening to the palace." So she went into the wood where the nightingale sang and half the court followed her.

As they went along a cow began lowing.

"Oh," said a young courtier, "now we have found her;