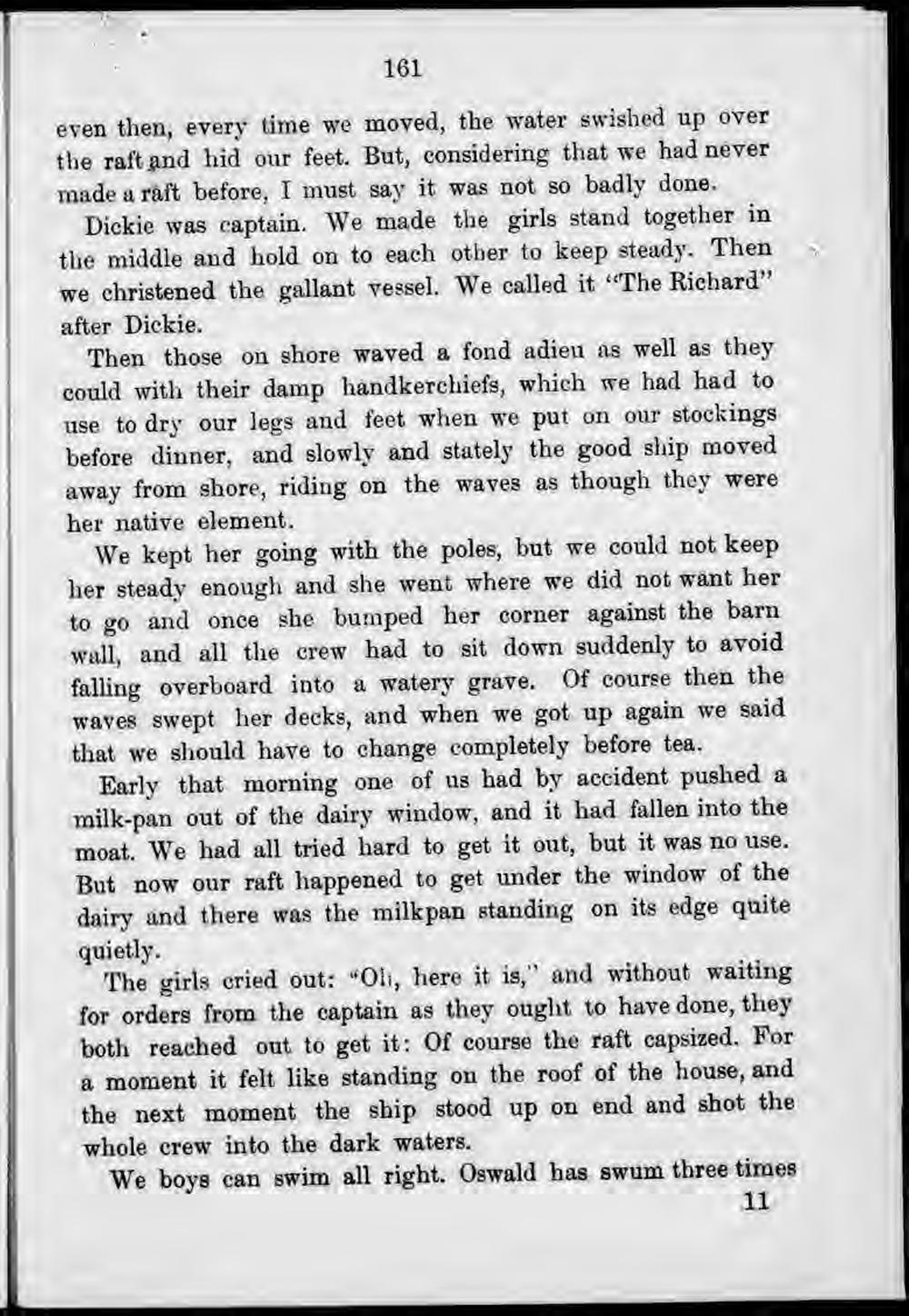 even then, every time we moved, the water swished up over the raft .and hid our feet. But, considering that we had never made a raft before, I must say it was not so badly done.

Dickie was captain. We made the girls stand together in the middle and hold on to each other to keep steady. Then we christened the gallant vessel. We called it "The Richard" after Dickie.

Then those on shore waved a fond adieu as well as they could with their damp handkerchiefs, which we had had to use to dry our legs and feet when we put on our stockings before dinner, and slowly and stately the good ship moved away from shore, ridiug on the waves as though they were

We kept her going with the poles, but we could not keep her steady enough and she went where we did not want her to go and once she bumped her corner against the barn wall, and all the crew had to sit down suddenly to avoid falling overboard into a watery grave. Of course then the waves swept her decks, and when we got up again we said that we should have to change completely before tea.

Early that morning one of us had by accident puslied a milk-pan out of the dairy window, and it had fallen into the moat. We had all tried hard to get it out, but it was no use. But now our raft happened to get under the window of the dairy and there was the milkpan standing on its edge quite quietly.

The girls cried out: "Oh, here it is,'' and without waiting for orders from the captain as they ought to have done, they both reached out to get it: Of course the raft capsized. For a moment it feit like standing on the roof of the house, and the next moment the ship stood up on end and shot the whole crew into the dark waters.

We boys can swim all right. Oswald has swum three times