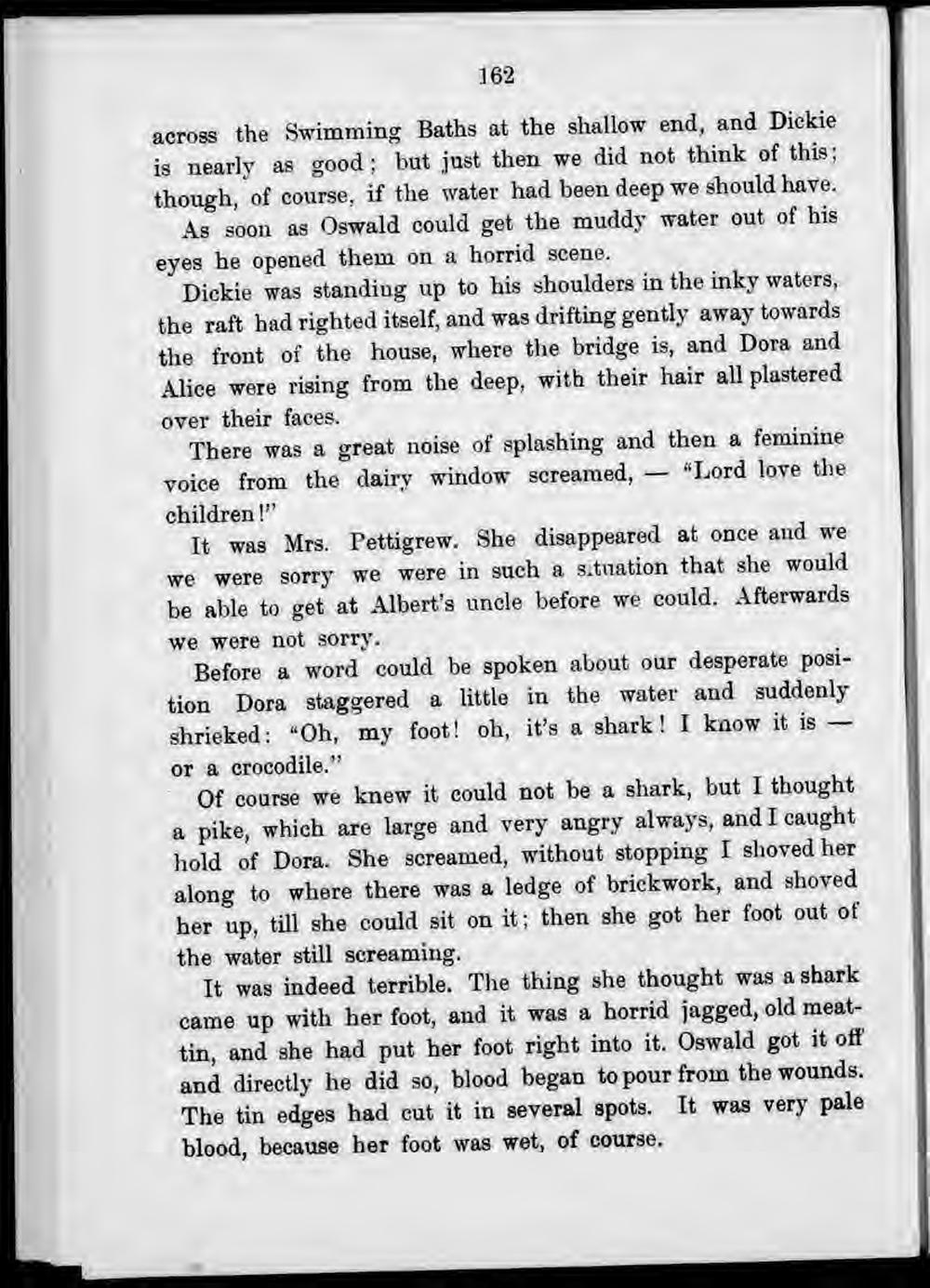 across the Swimming Baths at the shallow end, and Dickie is nearly as good; but just then we did not thmk of this; though, of course, if the water had been deep we should have.

As soon as Oswald could get the muddy water out of his eyes he opened them on a horrid scene.

Dickie was standing up to his shoulders in the inky waters, the raft had righted itself, and was drifting gentlv away towards the front of the house, where the bridge is, and Dora and Alice were rising from the deep, with their hair allplastered

There was a great noise of splashing and then a feminine

voice from the dairy window screamed, — '-Lord love the children!"

It was Mrs. Pettigrew. She disappeared at once and we we were sorry we were in such a situation that she would be able to get at Albert's uncle before we could. Afterwards

we were not sorry.

Before a word could be spoken about our desperate position Dora staggered a little in the water and suddenly shrieked: "Oh, my foot! oh, it's a shark ! I know it is —

Of course we knew it could not be a shark, but I thoug t a pike, which are large and very angry always, and I caught hold of Dora. She screamed, without stopping I shovedher along to where there was a ledge of brickwork, and shoved her up, till she could sit on it; then she got her foot out of

It was indeed terrible. The thing she thought was a shark came up with her foot, and it was a horrid jagged, old meattin, and she had put her foot right into it. Oswald got it off and directly he did so, blood began to pour from the wounds. The tin edges had cut it in several spots. It was very pale blood, because her foot was wet, of course.