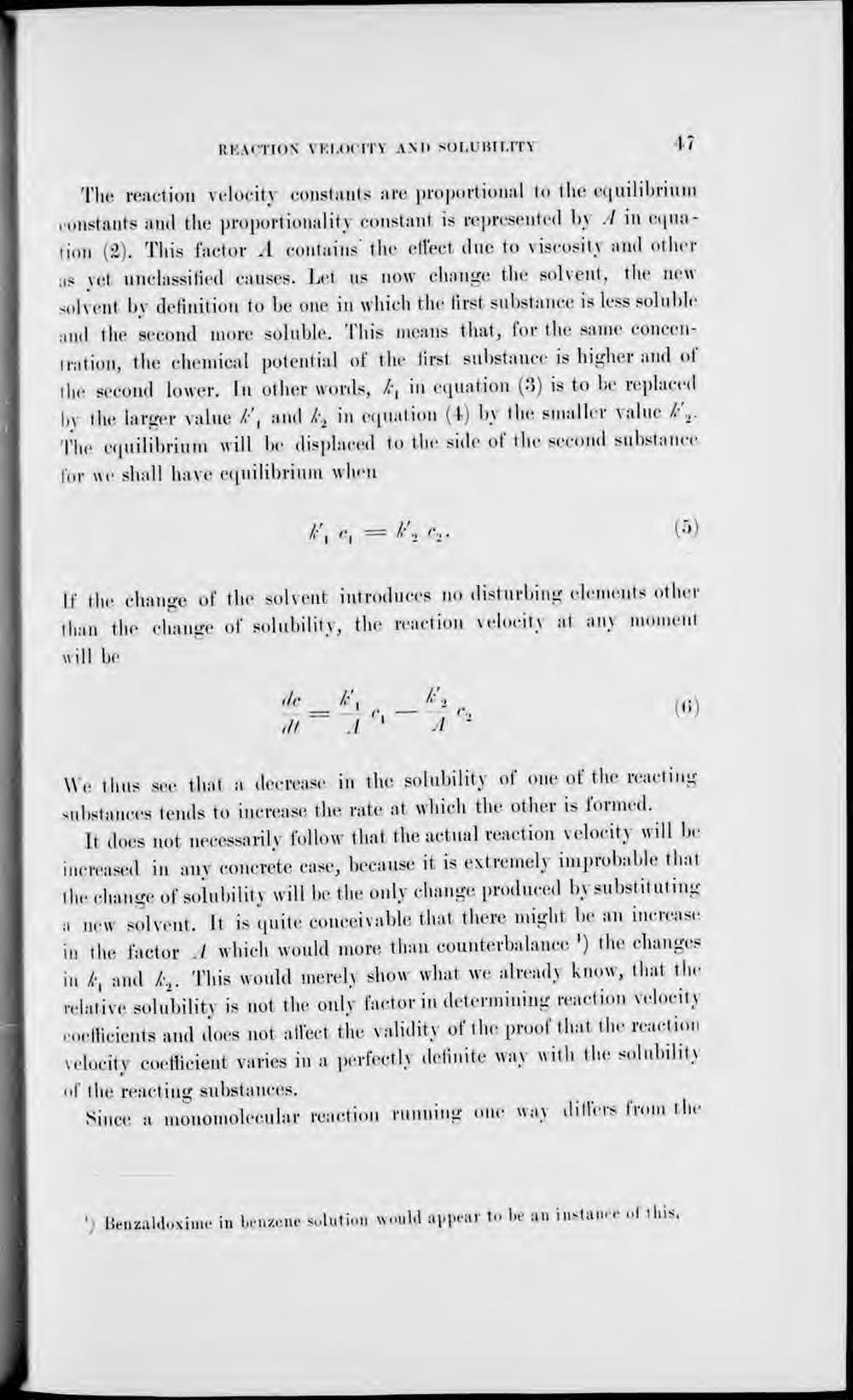 The reactiou velocity constants are proportional to tlie equilibrium constants and the proportionality constant is represented by ./ in equation (2). This factor A contains' the effect due to viscosity and other ns vet unclassified canses. Let us now change the solvent, the new solvent by definition to be one in which the lirst substance is less soluble and the second more soluble. I his means that, for the saine concentration, the chemical potential of the first substance is higher and of the second lower. In other words, in equation (.*5) is to be replaced by the larger value //, and in equation (4) by the smaller \alne / 2. The equilibrium will be displaced to the side of the second substance for we sliall have equilibrium wlien

If the change of the solvent introducés no disturbing element» other tlian the change of solubility, the reactiou velocity at any moment will be

We thus see. that a decrease in the solubility of one of the reacting substances tends to increase the rate at which the other is tormed.

It does not necessarily follow that the actual reactiou velocity will be increased in any concrete case, because it is extremely improbable that the change of solubility will be the only change produced bysubstituting a new solvent. It is quite conceivable that there might be au increase in the factor A which would more than counterbalance ') the changes in X-, and /■„. This would merely show what we already know, that the relative solubility is not the only factor in determining reactiou velocity eoefficieuts and does not affect tiie validity of the prooi'that the reactiou velocity coëfficiënt varies in a perfectly definite way with the solubility

of the reacting substances.

Since a monomolecular reactiou running one way differs from the

') Benzaldoxime in benzene solution would appear t„ be au instaiue of this.