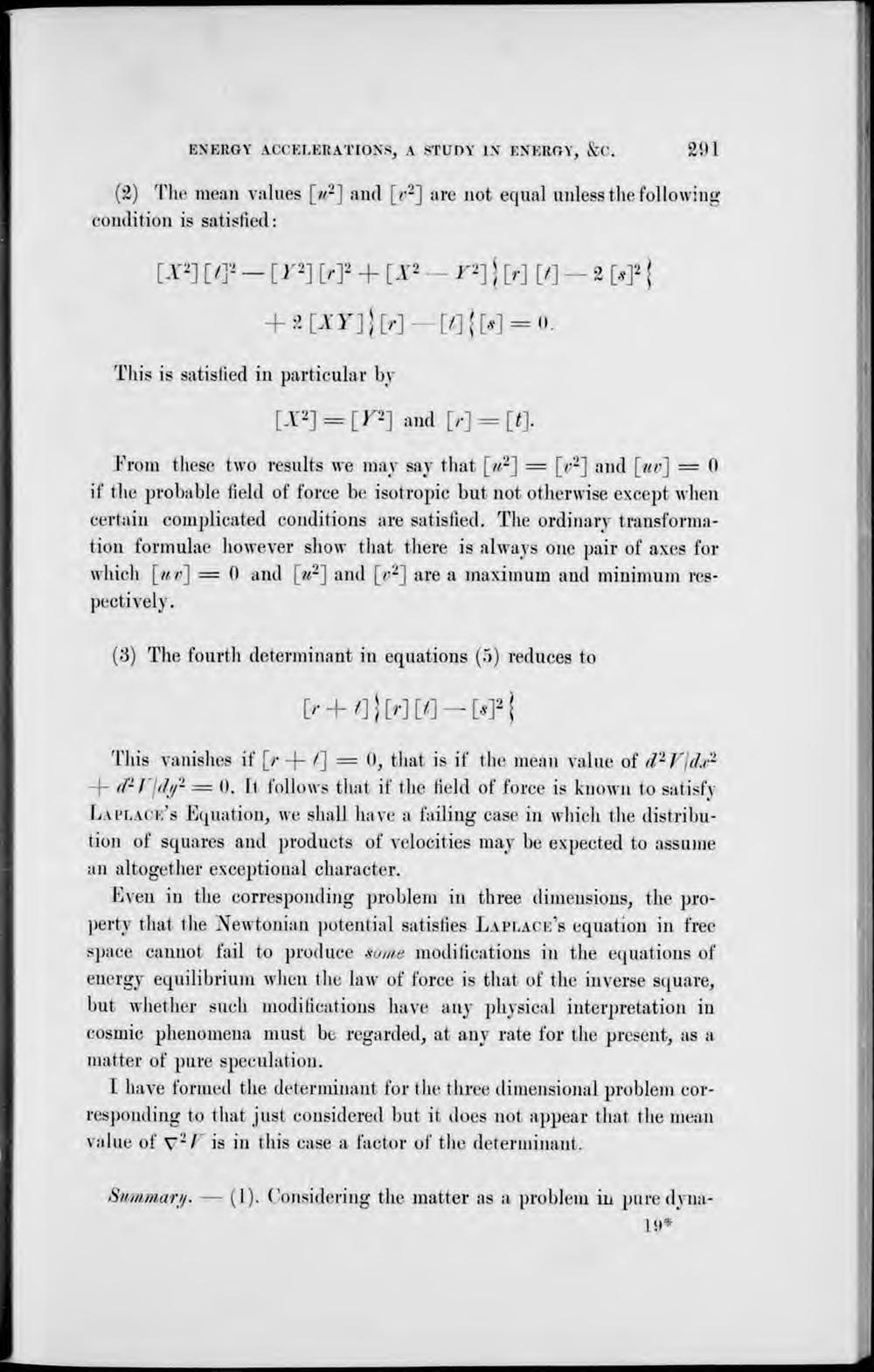 (2) The mean values [w2] and [r2] are not equal unlessthefollowing condition is satisiied:

Tliis is satisfied in particular hy

From these two results we may say that [m2] = [r2] and [?«'] = 0 if the probable iiehl of force be isotropic but not otlierwise except when certain complicated conditions are satisfied. ïhe ordinary transformation formulae however show tliat tliere is always one pair of axes for which \_uv\ = 0 and [w2] and [o2] are a maximum and minimum respectively.

(li) The fourth determinant in equations (5) reduces to

Tliis vanishes if [r -f- /] = 0, that is if the mean value of f- d-l'ldf = 0. It foliows that if tlie field of force is known to satisfv Laplace's Equation, we shall have a failing case in which the distribution of squares and products of velocities may be expected to assuine an altogetlier exceptional character.

Even in the corresponding problem in three dimensions, the property that the Newtonian potential satisties Laplack's equation in free space cannot fail to produce «ome modifications in the equations of energy equilibrium when the law of force is that of the inverse square, but whether such modifications have any physical interpretation iu cosmic phenomena must be regarded, at any rate for the present, as a matter of pure speculatiou.

I have forined the determinant for the three dimensional problem corresponding to that just considered but it does not appear that the mean value of V2/* is iu tliis case a factor of the determinant.