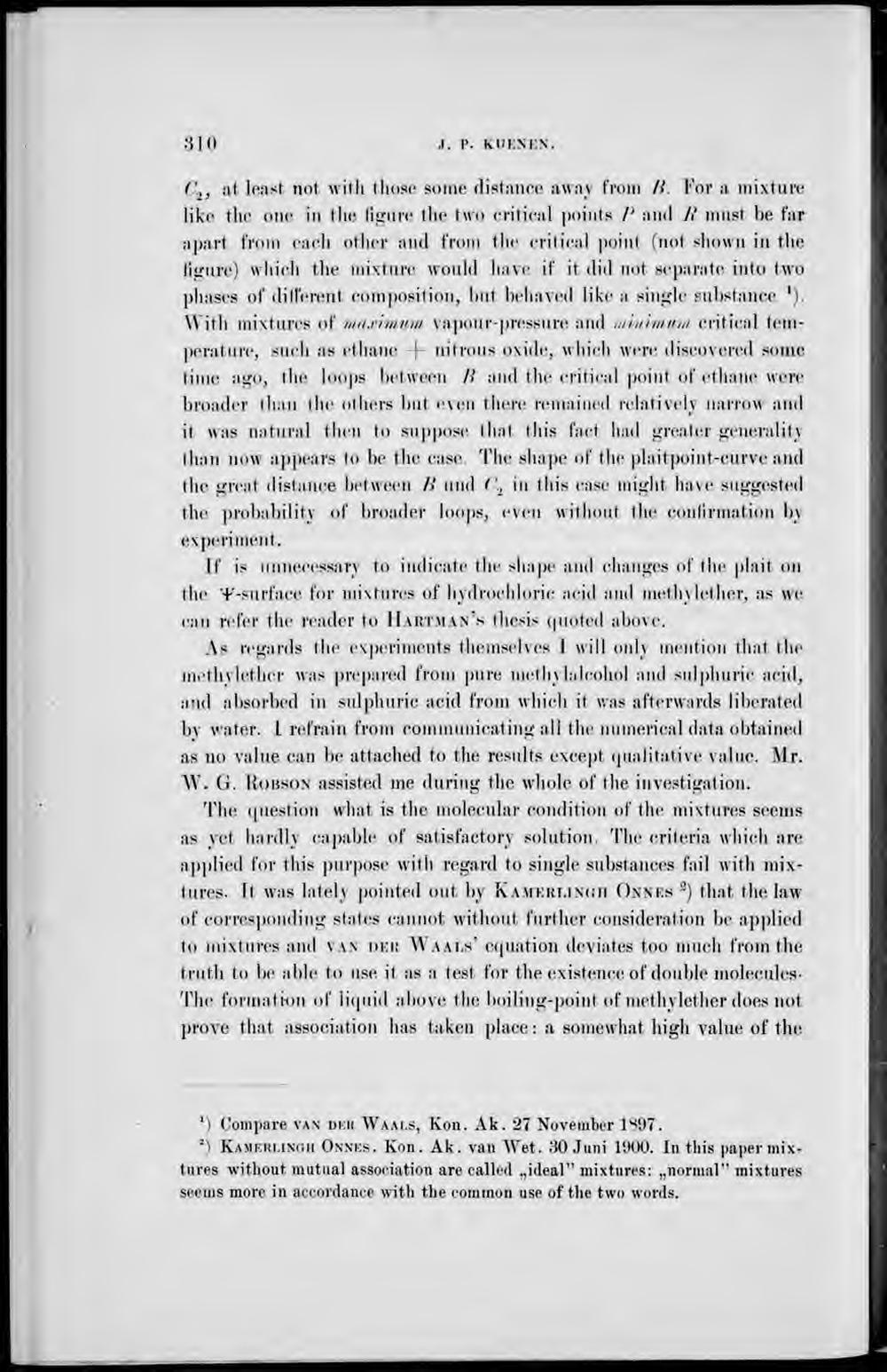 Ct) at least not with those some distance away from />' For a mixture like the one in the tigure the two critical points /' and 11 must be far apart from each other and from the critical point (not shown in the tigure) wliich the mixture would have if it did not separate into two phases of different composition, hut behaved like a single substance '). Witli mixtures of mu.rimum vapour-pressure and minimum critical temperature, sucli as ethane -|- nitrous oxide, wliich were discovered some time ago, the loops between H and the critical point of ethane «ere broader than the others hut even there remained relatively narrow and it was natural tlicn to suppose that tliis fact had greater generalitv than now appears to be the case. The shape of the |)laitpoint-curve and the great distance between li und in tliis case might have siiggested the probabi 1 ity of broader loops, even without the contirmation by experiment.

If is unnecessarv to indicate the shape and changes of the plait on the '-f-surface for mixtures of hydrochloric acid and methylether, as we eau refer the reader to Hartman's thesis quoted above.

As regards the experiments themselves I will only inention that the methylether was prepared from pure methylalcohol and sulphuric acid, and absorbed in sulphuric acid from wliich it was afterwards liberated by water, i refrain from communicating all the numerical data obtained as no value can be attached to the results except qualitative value. Mr. W. G. Robson assisted me during the whole of the investigation.

The question wliat is the molecular condition of the mixtures seems as yet hardly capable of satisfactory solution. The criteria wliich are applied for tliis purpose witli regard to single substances fail with mixtures. It was latelv pointed out by Kamkiujnoii Onnk.s 2) that the law of corresponding states cannot without further consideration be ap])lied to mixtures and van dkk aai.s' equation deviates too much from the truth to be able to use it as a test for the existence of doublé moleculesThe formatfon of liquid above the boiliug-point of methylether does not prove that association lias taken place: a somewhat high value of the