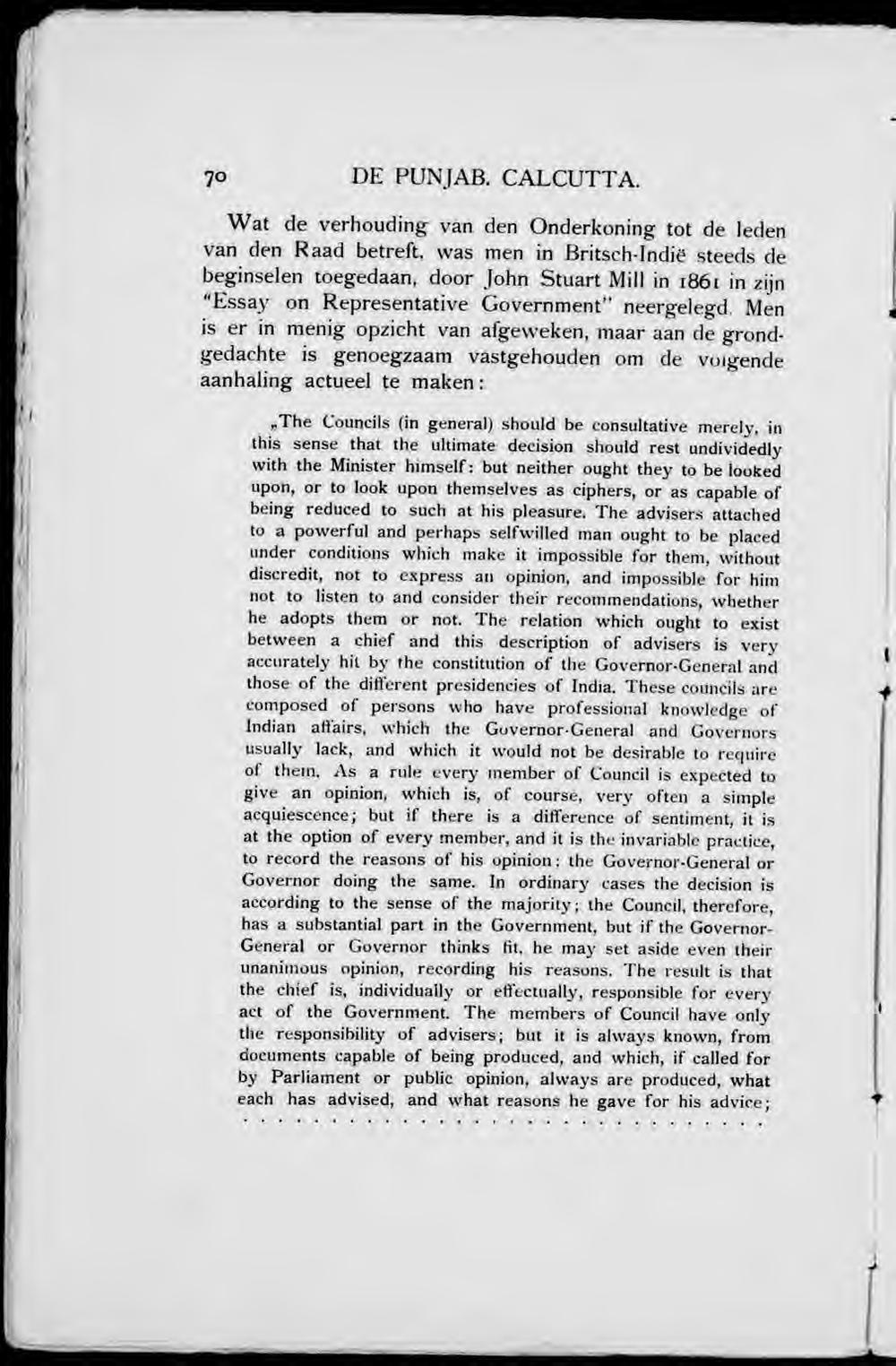 „The Councils (in general) should be consultative merely, in this sense that the ultimate decision should rest undividedly with the Minister himself: but neither ought they to be looked upon, or to look upon theinselves as ciphers, or as capable of being reduced to such at his pleasure. The advisers attached to a powerful and perhaps selfwilled man ought to be placed under conditions which make it impossible for them, without discredit, not to express an opinion, and impossible for hiin not to listen to and consider their recommendations, vvhether he adopts them or not. The relation which ought to exist between a chief and this description of advisers is very accurately hit by the constitution of the Governor-General and those of the different presidencies of India. These councils are composed of persons who have professional knowledge of Indian afiairs, which the Governor-General and Governors usually lack, and which it would not be desirable to require of thein. As a rule every inember of Council is expected to give an opinion, which is, of course, very often a simple acquiescence; but if there is a difference of sentiment, it is at the option of every member, and it is the invariable practice, to record the reasons of his opinion; the Governor-General or Governor doing the same. In ordinary cases the decision is according to the sense of the majority; the Council, therefore, has a substantial part in the Government, but if the GovernorGeneral or Governor thinks fit, he may set aside even their unanimous opinion, recording his reasons. The result is that the chief is, individually or effectually, responsible for every act of the Government. The members of Council have only the responsibility of advisers; but it is always known, from documents capable of being produced, and which, if called for by Parliament or public opinion, always are produced, what each has advised, and what reasons he gave for his advice;